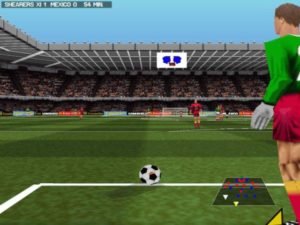 Gremlin’s Actua Soccer was the first 3D football game to challenge EA Sport’s FIFA. Not only did it look great, but it played better. It was quick (on a modest Pentium), the commentary from Barry Davies was great (for a while), and even though it was far from perfect, it was great fun. And then Actua Soccer 2 arrived. First impressions were promising – it looked fantastic and maintained a blistering frame rates on most systems. When running under PowerVR and 3Dfx it looks even better, although the game struggled on 16 MB RAM.

There’s little doubt that graphically Actua Soccer 2 is very impressive and a massive step up from the original game. The attention to detail in the players and stadiums is amazing, as are the weather effects. Similarly, the player animation is excellent: they jig about as they wait for kick-off, leap for headers, pick the ball up and walk to the flag for corners and generally act with a greater sense of purpose and realism.

And as far as features go, it’s options a go-go. Just about every national side is available and you can opt to play a league, cup matches, friendlies and even go for a kick about in the park, as well as select different weather conditions, referees, off-side and so on- just what you’d expect in fact. The squads appear to be pretty up to date, and though some players are out of position, once you’ve put things right and saved your formation and tactics, the team stays the way you left it (unlike last time). In an effort to keep things simple, Gremlin have kept the control system pretty basic. You’ve got four buttons (shoot, pass, speed burst/shove and cross/slide tackle) which can be used to execute all manner of shots, passes, headers, crosses and tackles. With the ball at your nimble feet you can pass to the nearest player, knock it ahead and run onto it, execute one-twos, through balls, crosses into the box, long passes into space, lobs and let off real pile drivers (the longer you hold the shoot button, the harder your player will strike the ball).

That said, it’s pretty hard to score, especially from close range and this can get frustrating. Whereas previously the keepers were quite stupid, they’re now very difficult to beat, coming off their line with cat-like anticipation and throwing themselves at the ball with almost laser-sighted precision. Admittedly, to score in this way does take skill, but it feels a bit hit and miss. The long and hard tactics also make it very hard to defend effectively. The auto-player select is pretty quick, but it’s not foolproof and if you’ve got a two-on-one situation (two defenders against one forward) it’s possible to zigzag your way between them while the auto-player select tries to keep up. It’s not a massive problem, but it can be frustrating. 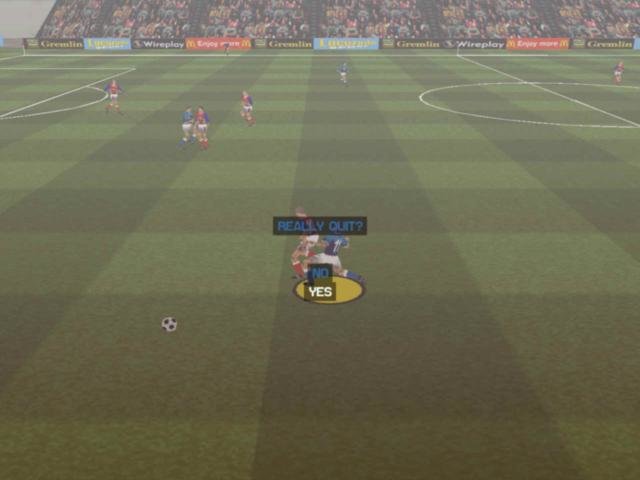 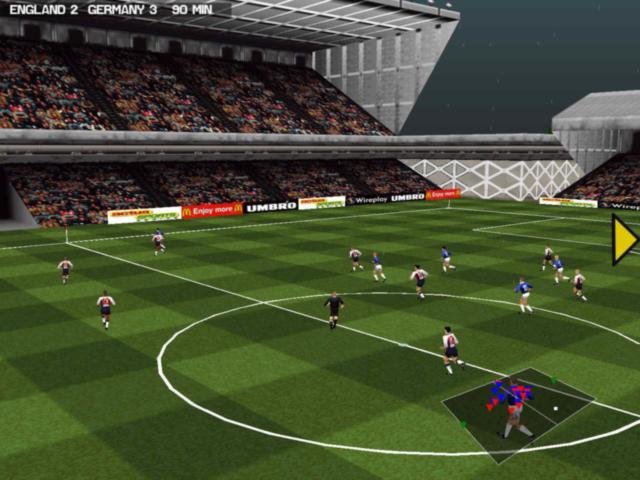 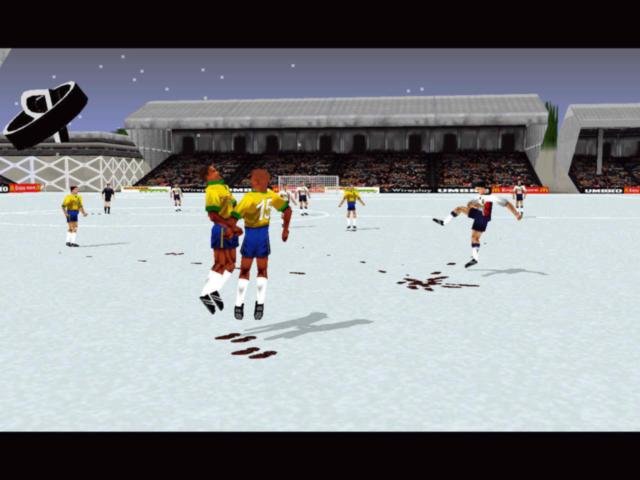