LEGO Rock Raiders isn’t your typical strategy game. Sure you build up your base, collect resources and explore your surroundings – all typical facets of real-time strategy – but the game doesn’t have an opposing side to fight against (little LEGO soldiers killing each other might not have earned the game that essential E rating). In all, Rock Raiders seems definitely geared at a younger audience, but reveals itself to be surprisingly complex as you work through the many tutorial missions and attempt the campaign. As in the Settlers games, you don’t have absolute control over your LEGO miners, eliminating a lot of micromanagerial overload that plagues RTS games when you have a lot of units. You can click on individual workers and assign them special tasks, or even take control of them for a third-person, ground level inspection of your base (very cool idea). But in the greater scheme of things, you assign tasks and your Rock Raiders will see them through. And when you haven’t assigned them anything, they don’t stay idle, but go around cleaning piles of rubble or collect minerals.

Most of these tasks include either drilling through rock, collecting resources or building new structures. A variety of mining structures can be built (most can be upgraded) and a slew of vehicles can be deployed and upgraded. Even individual Rock Raiders can be upgraded, which allows them to carry more equipment or perform complex tasks. They can also be outfitted with eight equipment types (i.e. shovels, drills), weapons, and even be trained in eight different skills (including driver, explosives, and pilot). Lego Rock Raiders is simple to play, but offers increasing layers of complexity and challenge as the game goes on. There are some problems. Units are automatically de-selected when an order is assigned (which is tedious if you’re attempting reconnaissance). Rock Raiders also have a tendency to be single minded with outstanding orders. Specifically, their tendency to revert back to outstanding orders, even if you directly give them new ones! While Rock Raiders face threats like Rock monsters, defeating them only reduces them to miniature rock monsters that scurry around harmlessly. Even with all the threats your Rock Raiders face, they are never really at risk, as they’re beamed out when health gets too low.

Still, this game is almost perfect for introducing new players to the genre, and while mostly aimed at kids, adults who have the patience to go through the really easy batch of early introductory missions will be rewarded with a more challenging strategy experience halfway on. 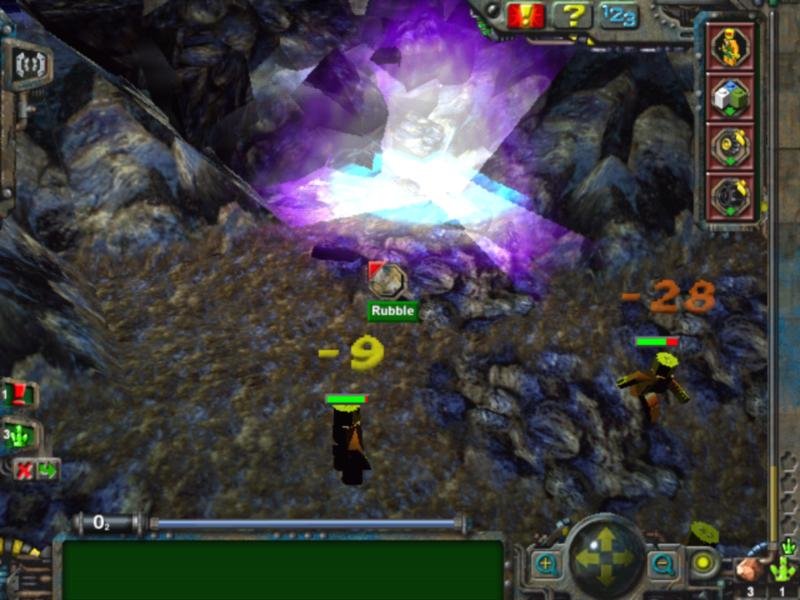