Dark Planet is a pretty good RTS game which can best be described as a mix between WarCraft III and StarCraft. If you’ve played either, you have a good idea what to expect overall, which is not to say that the game isn’t worth your time. Quite the opposite, in fact. The balancing between the three races – technologically advanced Humans, alien Sorin and insectoid-like Dreil – is quite well done. Each side has its own campaign and combat strategies, complete with unique buildings and units, and each have useful tutorial missions that ease you in gradually.

The main plot centers around colonial humans that settle on the alien planet of Natrolis, only for them to encounter two other factions warring with each other. Humans lean on technology to develop things like killer droids and long-range missile silos. The insectoid Dreil cocoon dead enemies for their brood to feed on. The Sorin, who are lizard-like reptiles that are native to Netrolis, are druid-like in their approach to combat and cast magical spells against their enemies.

Missions are centered on the standard RTS approach of gathering, building, training and finally attacking the opposition who are usually established somewhere beyond the fog of war. A responsive 3D camera lets you zoom in and out, rotate and generally does a good job of letting you view the action. Both units and buildings look distinct, and combat is gruesome. Not only are there a lot of sounds of pain and screaming, but you always get to see the bloody aftermath. Buildings, on the other hand, blow up in spectacular fashion.

You also get a nice variety of multiplayer modes, including CTF and standard deathmatch. The end result is an RTS game that is somewhat on the derivative side – you won’t find anything revolutionary here – but one that works quite well as a run-of-the-mill strategy experience. 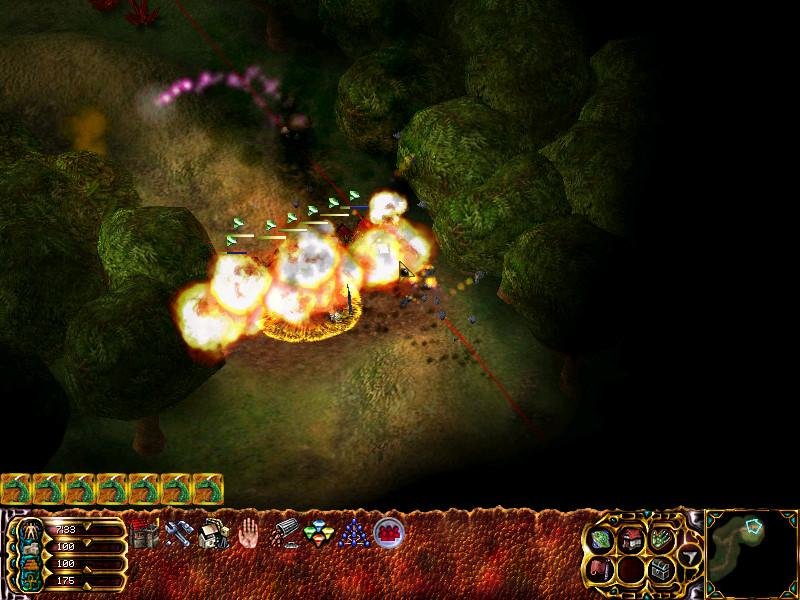