For those familiar with Zeus, Pharaoh, Caesar or any other city-building simulations from Impressions and Sierra, Emperor: Rise of the Middle Kingdom will feel as comfortable as a new pair of shoes. Well-traveled veterans of the genre can delve immediately into yet another ancient culture, with only an occasional need to glance at the manual. The theme this time is one that doesn’t appear enough in gaming – Ancient China. The seven campaigns â€” each correlating to a dynasty â€” span over 3,000 years (from 2100 BCE to the invasion of Genghis Khanâ€™s hordes in the early 13th century), and consist of over 40 missions. If you include different farms and crop types, there are nearly 80 structures to be built, covering every function from entertainment and religion to commercial and military uses. Though Rise of the Middle Kingdom is stuffed with more crops and goods than earlier city-builders, it works in essentially the same fashion as its forebears.

One of the more interesting features here is the multiplayer with co-op with a savegame capability. That last feature is pretty much a necessity, because even a â€œquickâ€ game of Rise of the Middle Kingdom can last an hour or more. Another nice inclusion is a Campaign Creator for those who rip through the dozens (or even hundreds) of hours provided by the original missions. 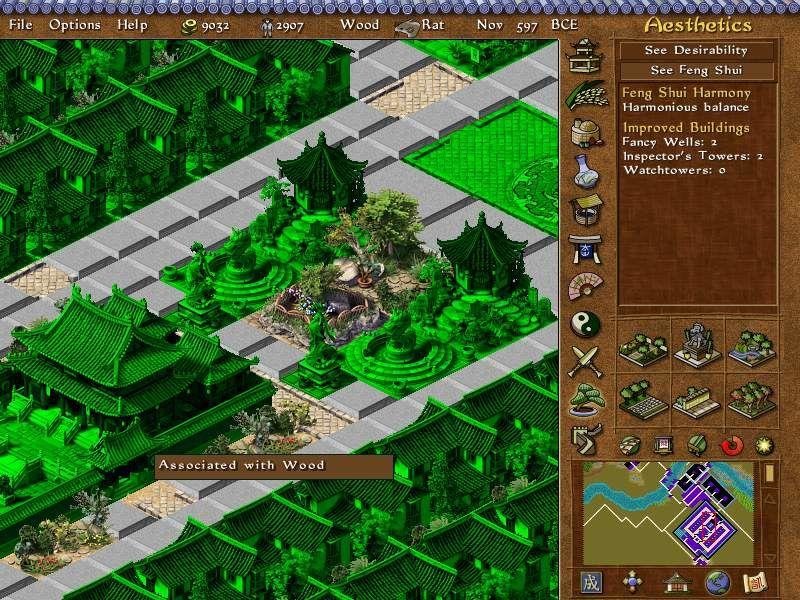