The number of Ford-branded machinery on display in Ford Racing 2 seems to suggest an apex for product placement in games. A racing game from Empire Interactive and UK-based Razorworks, this sequel to Empireâ€™s 2001 game touts three dozen of the manufacturerâ€™s more celebrated sedans, sports cars, muscle machines, SUVs, and even pick-up trucks from the past 50 years. 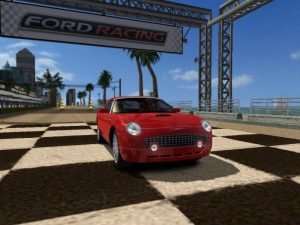 For a single-manufacturer driving game, Ford Racing 2 deals out some unexpected variety. All 35 of the represented vehicles, which range from a â€™49 Ford Coupe to a 2003 Mustang GT Concept car, receive detailed, high-polygon graphics treatments to faithfully simulate their real-life counterparts. Many of the gameâ€™s varied track environments are on par with those in A-list arcade racers. Youâ€™ll find a mix of urban streets, serpentine road courses, high-speed ovals, and even some off-road locales.

The gameâ€™s arcade roots are reinforced by a mouseless interface, a bare-bones split-screen option, and an unlock-as-you go premise. (The roots show again in the simplified, gamepad-friendly physics, which make every one of these Fords handle like an earthbound jet fighter.) And the absence of any damage modeling is disappointing. 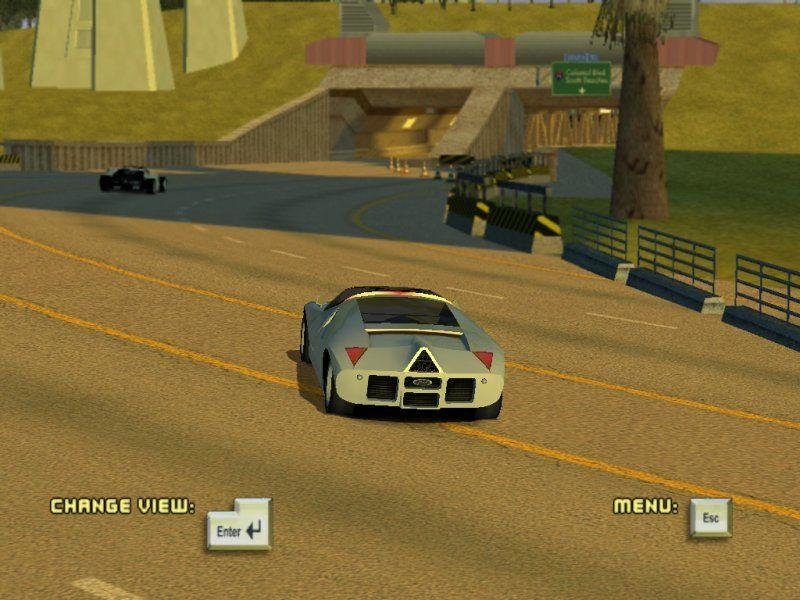 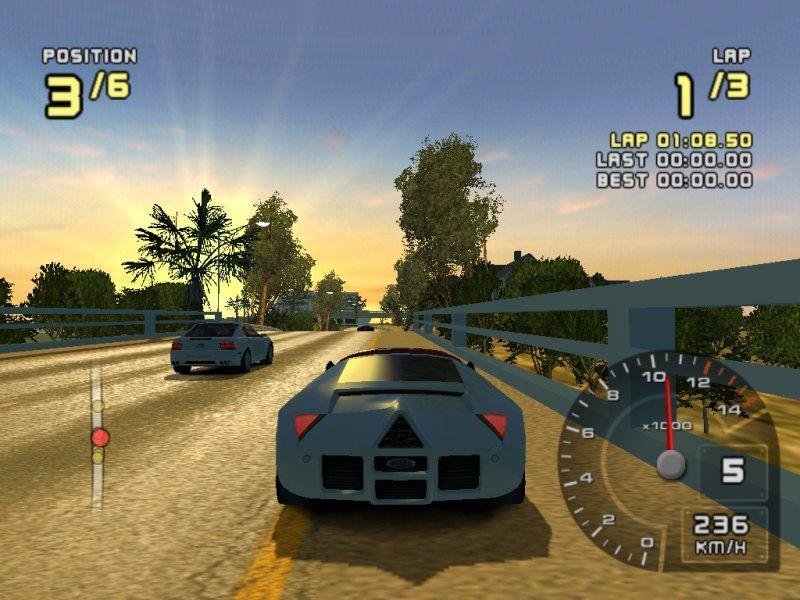 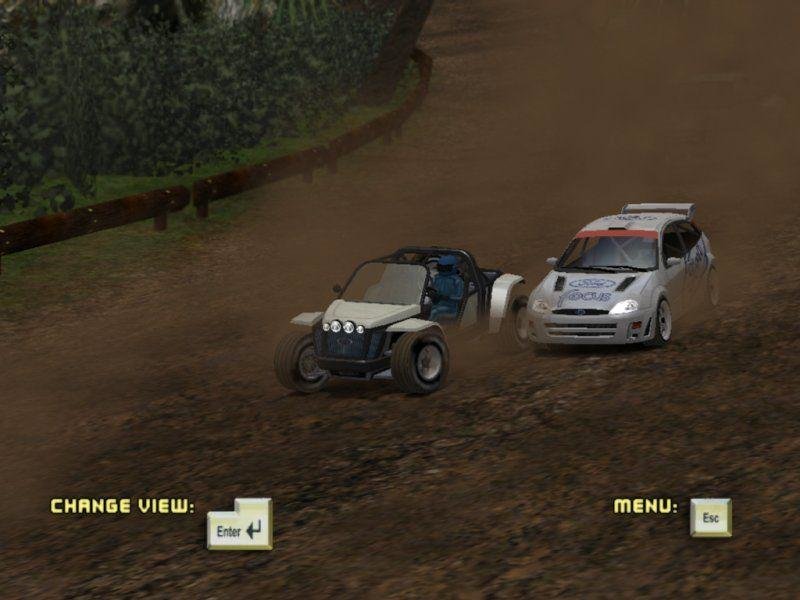 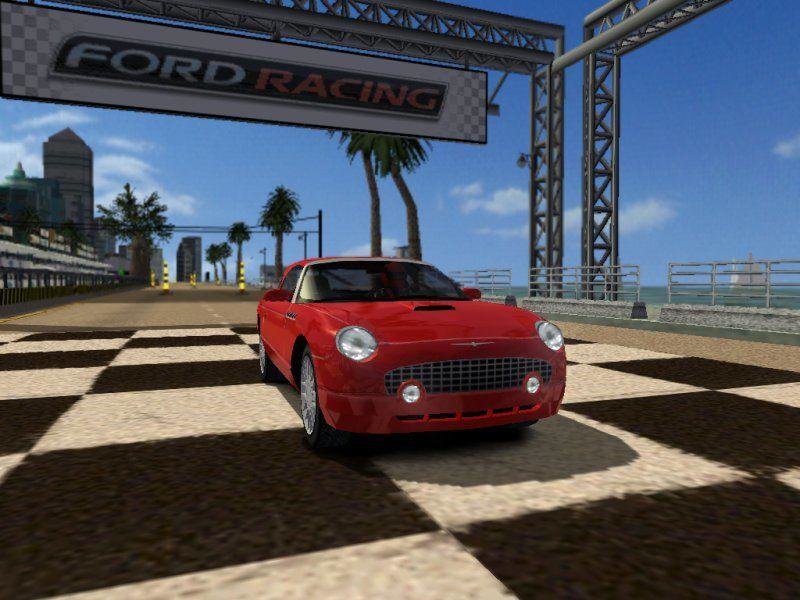 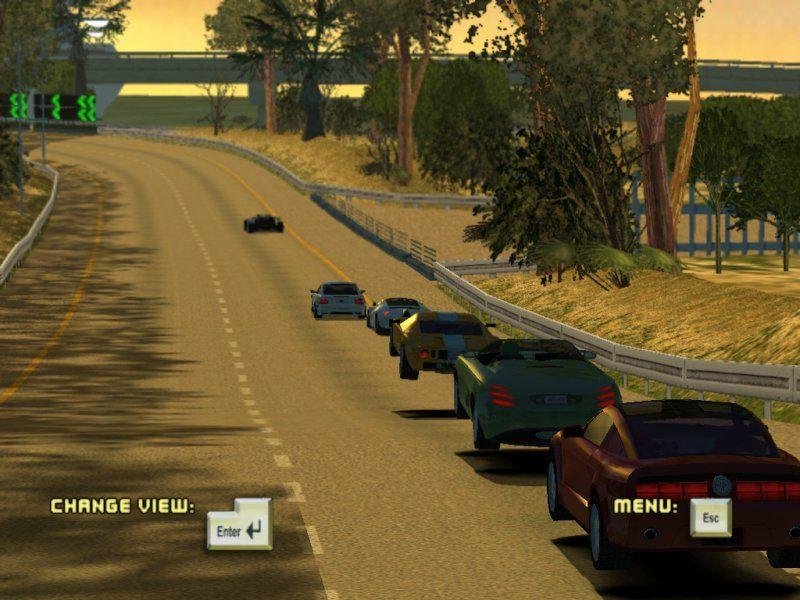 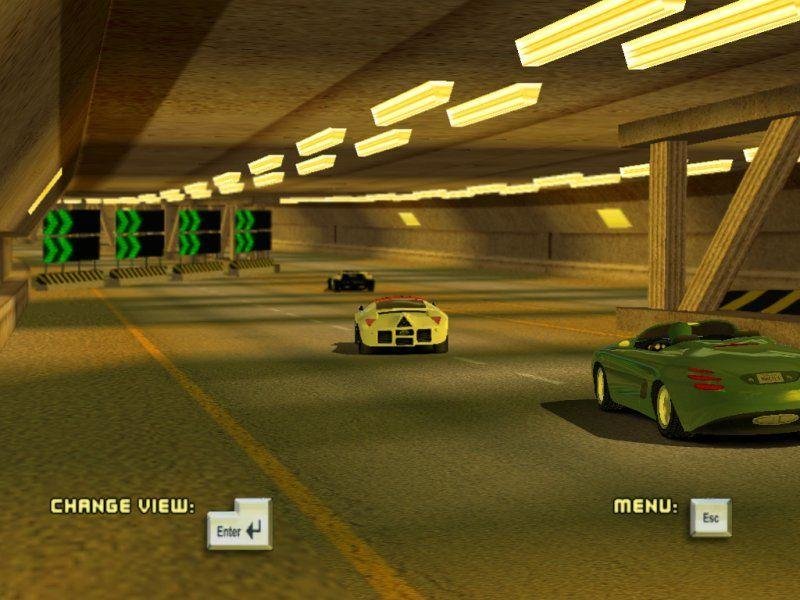 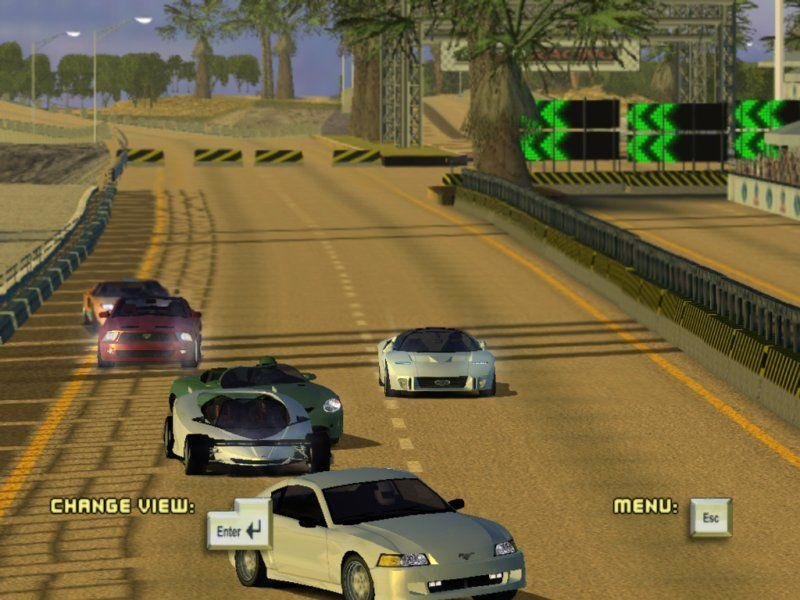