It’s extremely frustrating when a game company tries to fix that which is not broken. FIFA 2000 is the result of such a practice. The folks at EA Canada have improved many facets of the game, but have also screwed up several portions that didn’t need fixing. There is no doubt that the game is fun but some of the design decisions are downright baffling. FIFA 2000 is better looking, but it’s no knockout. But at least it supports Direct3D.

Along with the good is the physics modelling, which has been considerably improved If you’re taking a free kick and smack the ball against a defender, there’s a chance that he’ll fall over from the impact. The ball behaves in a much more believable fashion and it makes for a better game of football. A new “jostling and shielding” feature has been added to the gameplay and it, too, works rather well. This was included so players could make runs with the ball (a near impossibility in FIFA ’99). A good ball handler can now dribble through players by elbowing them away from the ball. Jostling and shielding works automatically; there is no need to press a button to get it to work and it’s a nice addition to gameplay.

The team management features are better than in years past, but no one will confuse FIFA 2000 with Championship Manager. There are improvements to the league structure, however. Managers partake in Cup Tourneys during the regular season. If you lose out in the regular season standings, there is still a shot at glory by winning the Cup matches that take place throughout the year. Better still, Division I teams are promoted at season’s end while the less than stellar Premiere teams are demoted out of the league. It is refreshing to see a team such as Blackburn make it into the Premiere League. It’s hardly a “career” feature as players do not improve and decline in skill, but it does add flavor to league play.

All of these improvements are overshadowed by a few bonehead design decisions. First, the people at EA Sports decided to yank out the staple of the series, John Motson, and replace him with two American announcers. John Motson’s commentary was a treat to listen to every year; why they removed him in the North American version is a complete and utter mystery. Not only does it not sound right, but the commentary itself sounds half done, and it gets downright monotonous after a few matches.

An even more serious problem has to do with the AI. In what has to be the most bizarre design change in the game, players that you are not controlling will not go for the ball. In every other FIFA title, you did not have to be controlling a player for him to attempt to tackle or steal the ball from an opponent. In FIFA 2000, you must control the player for him to attempt a slide or leg tackle. If you want to control your midfielder for a few runs, you are dead meat; the computer dices up your defenders as if they are not even there (unless you control them yourself). This causes the game to turn into a frenzied button-mashing fest and is sure to turn some people off on the game entirely. If you thought FIFA ’99 was too arcade-driven FIFA 2000 is not going to make you any happier. 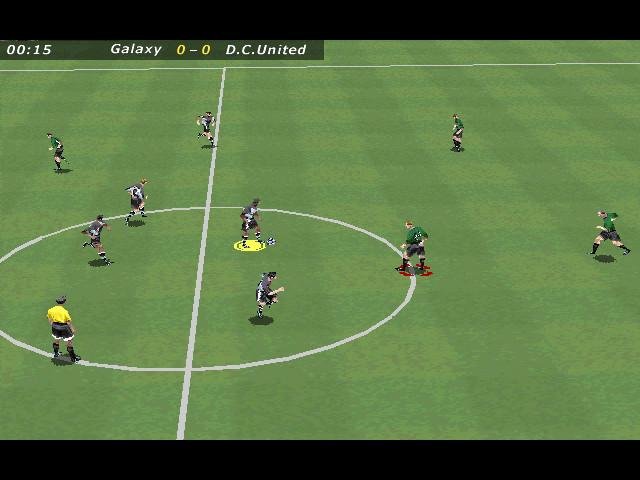 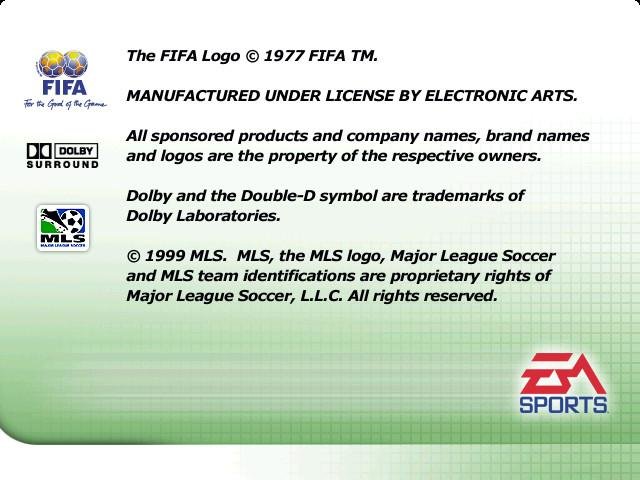