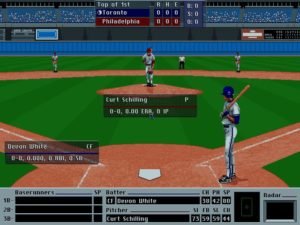 Front Page Sports is a series of 3D games that tried to cover a little bit of everything – football, golf, fishing – and FPS: Baseball ’94 was their first entry into, you’ve guessed it, baseball. This game used what at the time was a powerful baseball simulation The twelve stadiums are accurately modeled, complete with weather effects that can have a direct impact on your game (heavy rains or winds = a delayed game). Sierra claimed also claims that ball flight trajectories were based on real physics models. There’s a solid replay system as well, with a multitude of camera angles.

The game comes with real-life rosters from all 28 major league teams, with players’ stats divided into numerical ratings. These ratings are upgraded with training, but fall with old age or injuries. The younger a player is, the more dramatically his skills will improve. Managing your own league can be pretty fun in this game – you take a last-place team and build it up into a professional one over the course of several seasons. 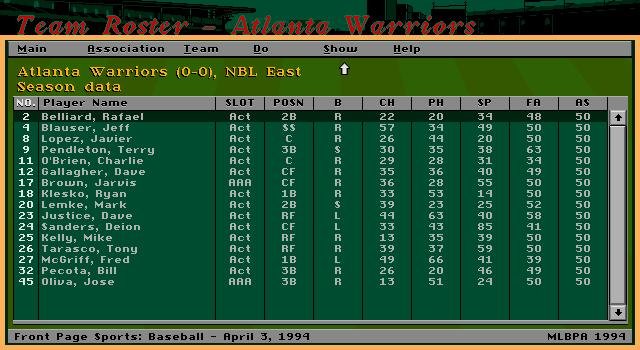 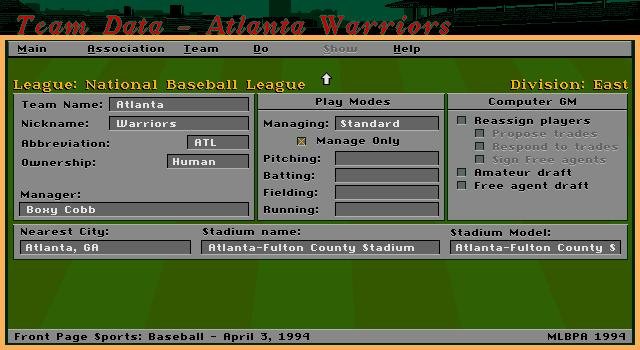 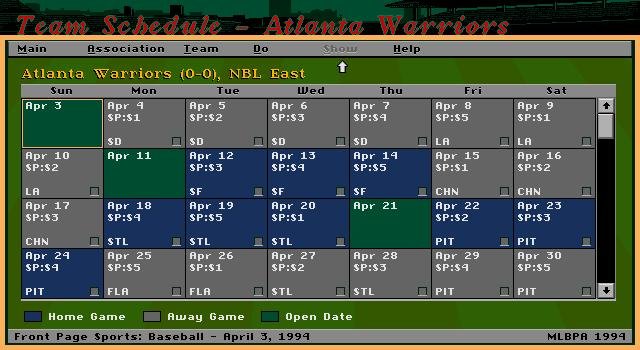