Blasting through the Wild West on a budget.

If you’re desperate for a somewhat modern Wild West shooter (and let’s face it, since 1997’s Outlaws there haven’t been many of those around) then Human Head’s Dead Man’s Hand might offer some passing six-shooter fun. For a budget game originally selling for $20, it isn’t half bad.

In singleplayer, you play El TejÃ³n, and through his heavily accented narratives and some engine-rendered cutscenes, you find out that heâ€™s been double-crossed and is looking for revenge. The game plays out as a series of missions, and while thereâ€™s an occasional optional one, itâ€™s pretty much a linear and repetitive blast. With the exception of the explosion effects, the visuals are the game’s main selling point. Levels are full of detail and sharp textures.

The old school boomsticks offer some early amusement – six shooters, repeating rifles, shotguns and sticks of dynamite come in several varieties that get unlocked as you progress. The action unfortunately never truly catches on, and two or three missions in you realize it’s all just a huge, repetitive shooting gallery. Almost everything is a targetâ€”lights, pots, plants, saws, bottles, paintingsâ€”and you get points and bonuses for shooting as many of them as possible. There are also trick shots, such as shooting the hats off of bad guys. You can â€œcash inâ€ those bonuses with most weaponsâ€™ alt-fire, which in most cases causes the weapon to do more damage or have an increased rate of fire. You can also play poker before each level, with the proceeds being more default ammo or power. There’s a lot of retro in this shooter (there’s even a scoreboard), but, again, the action is merely passable. With little AI to speak of and a lack of in-game saving (it’s most deadly sin), Dead Man’s Hand constantly oscillates between moderately amusing and annoyingly repetitive. 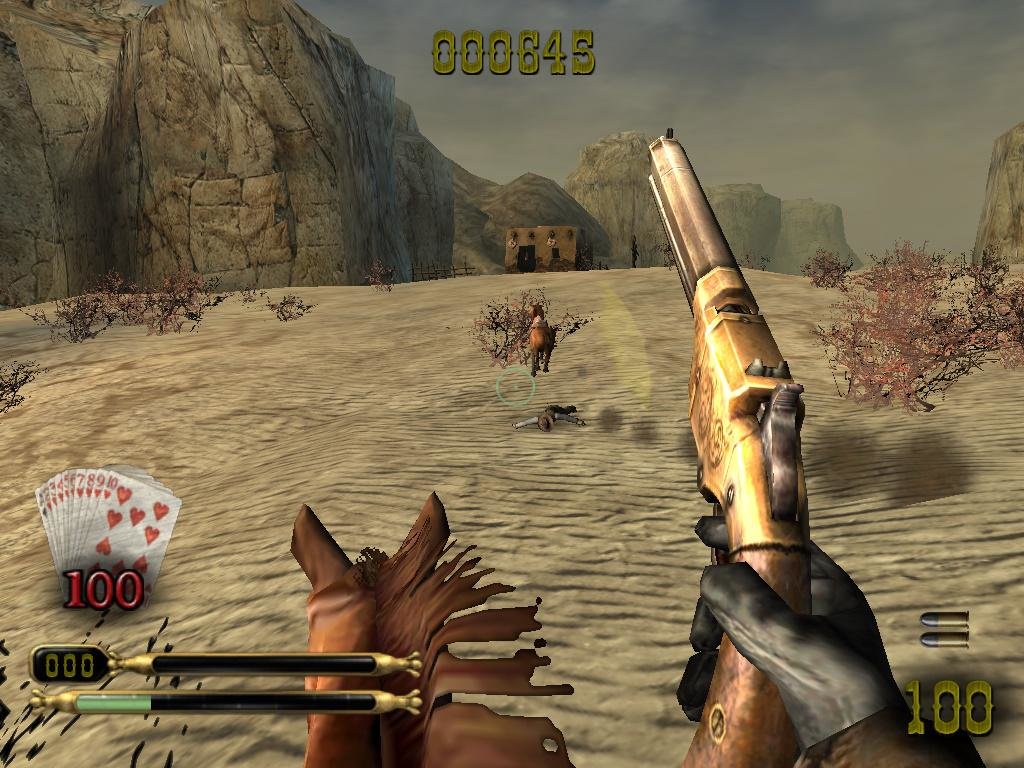