I was ready to hate this game. It was probably the title that set me off – anything with Xtreme in it is bound to suck, I kept reasoning. So maybe it was the shattering of my low expectations that made the game seem less sucky than it really was. Don’t expect a highly intricate tactical shooter here though – neither the series in general nor DFX in particular is about that, but instead attempts to capture some of the old magic by faithfully remaking the very first Delta Force game from 1998.

So what was so good about that game? A bit like Doom gone outdoors, you don’t do much else but travel from waypoint to waypoint and shoot bad guys who show zero sense of self-preservation. Occasionally you stop to shoot airborne threats with your anti-tank weapon (yes, it’s still nonsensical), fetch some valuable codebook or plant an explosive charge to demolish a radio antenna before moving on to the next mission. In short, the appeal is simplicity itself, and you engage in this ritual for the duration of three campaigns set in stereotypical jungle, desert and winter garbs. Yay!

Disappointingly, only three of the five campaigns are represented here (Peru, Chad and Novoya Zalya), but the included campaigns have enough action and variety to warrant going through most of them. Faithfulness to the source was paramount, so each individual mission accurately mirrors those of the original right down to the terrain topography, objectives, building design and even radio chatter. NovaLogic has taken some creative license here and there – the inclusion of controllable vehicles stands out most, and on some missions (such as Peru’s ‘Reckless Pack’) the scripting is so vast that DFX plays like a different game entirely. A huge cache of cocaine is blown up. Now let’s hope the wind doesn’t change direction.

Common discrepancies include the trademark laughable AI. It’s annoying that NPC detection has never been tweaked to make nighttime stealth feasible, which is never explicitly required but is something I like to do anyway. Alas, enemies tend to spot you as effectively in pitch darkness as they do in daylight, so any attempt at sneaking up and quietly eliminating patrols is rendered useless. It’s also inexplicable how soldiers tend to see you when hiding behind hard cover and foliage. In fact the AI in general is godlike at detecting you, although they fare much worse at hitting you with their weapons. There’s no difficulty slider this time around, but the game in general is pretty easy.

Perhaps the biggest blunder is the replacement of conventional saving with deathmatch-style respawning when you die, complete with full life and ammo. When you realize this it destroys much of the tension of combat, as basically the only sting of death is a short walk from your starting position to where you’ve had your last armed engagement. The only penalty for this is the XP counter (essentially your high score) getting reset upon each respawn. But since XP is useless you never really care.

The real fun is with the game’s multiplayer, especially when you engage in vehicular combat and co-op. But here too the game fumbles, as you have to register with Novaworld to unlock the multiplayer screen – even if all you want to do is to engage in offline LAN, which is incredibly inconvenient. In all I’m content enough to have given this game a shot and relived some past DF moments. It’s a great find for nostalgia fans as long as they don’t mind the assorted issues that seemed passed along as well. 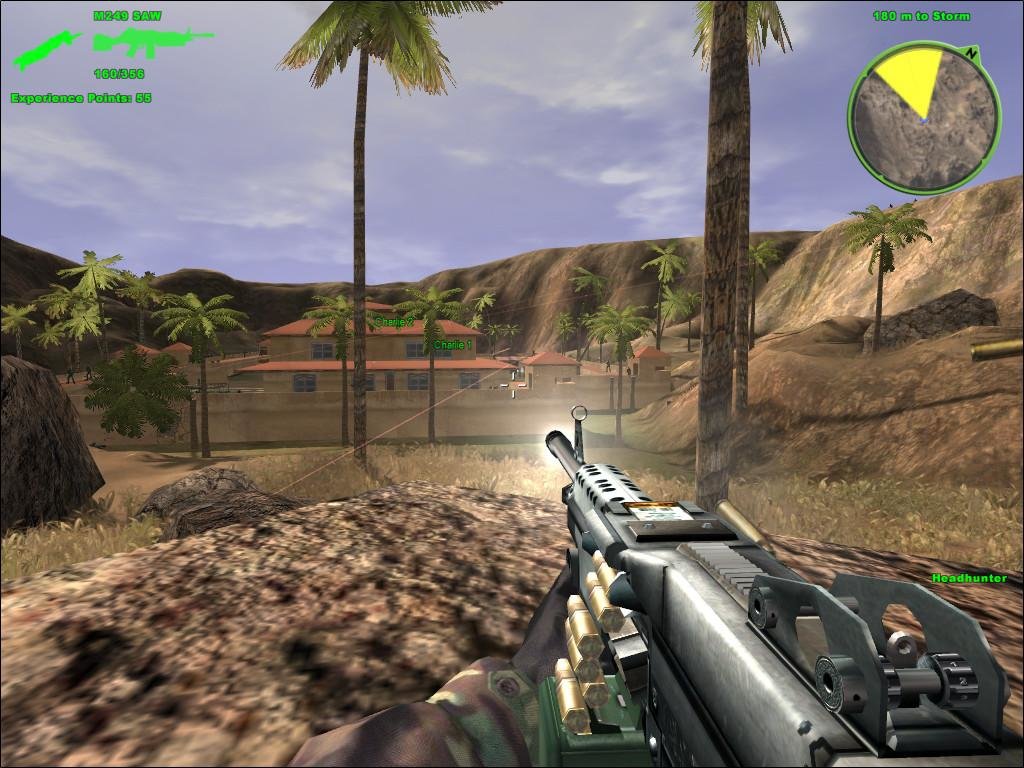