Arcade America is an platformer where our hero, Joey, has to find all manner of monsters spread across the US, from Woodstock to Alcatraz. Joey picks up ammo and extra life time by running over objects on the road as he goes from destination to destination. There are also numerous secret rooms in which can be found bonus points, extra life, and the all important tools needed to free the monsters that must be released in order to win. 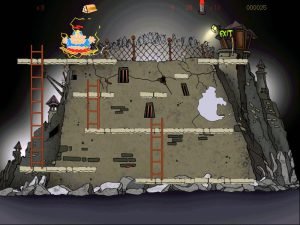 Each level has its own set of gimmicks. For example, you fight off ghosts in an abandoned Alcatraz, crawl through the mud in Oklahoma, and fight off sharp dressed little nasties in Vegas. You obtain passwords as you complete each location’s challenges. In this way, you can eventually wend your way to Woodstock. Arcade America is moderately entertaining as an arcade game. The levels are ultimately very small and the gameplay is pretty limited. The drawn graphics however are good considering the age, and look sharp on a Windows 3.1 system. The animations too are nice, if slightly jagged. 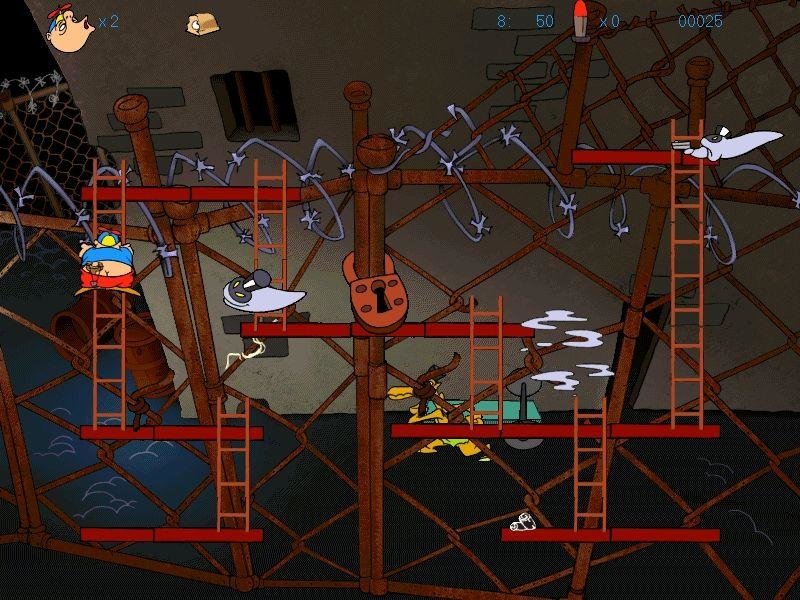 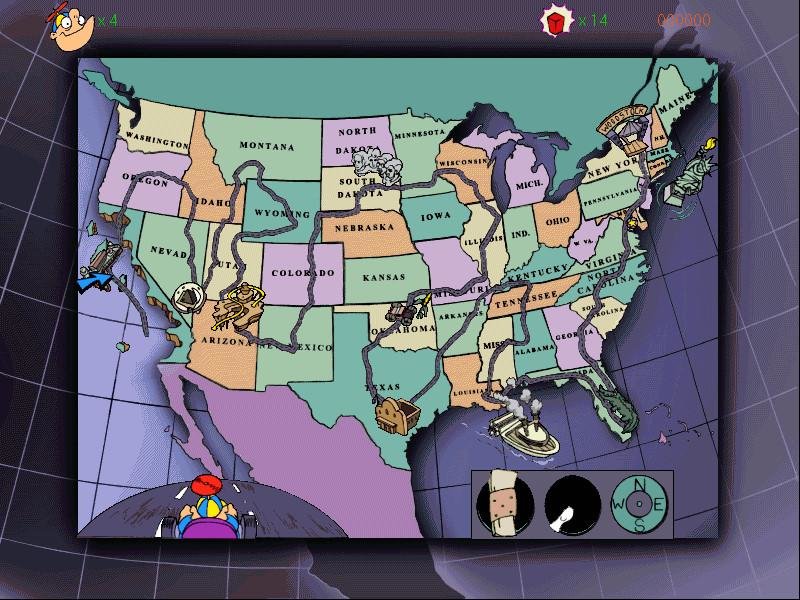 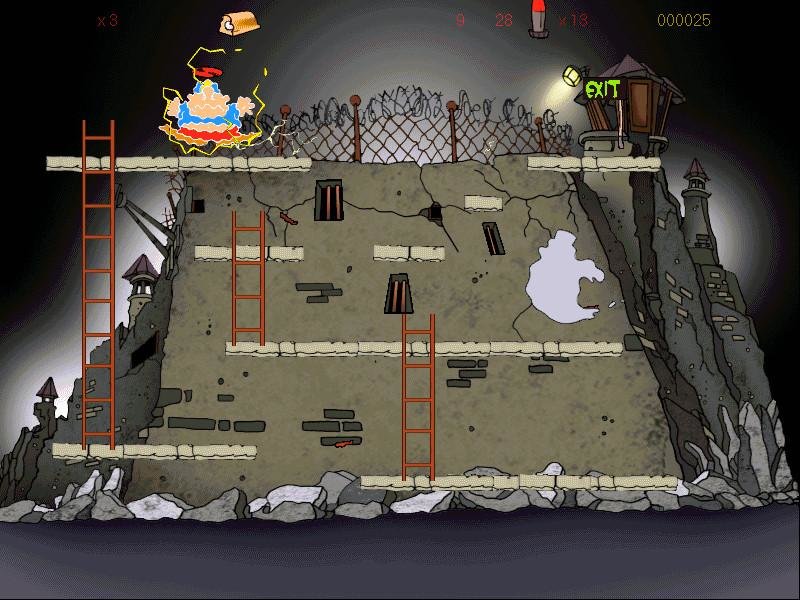 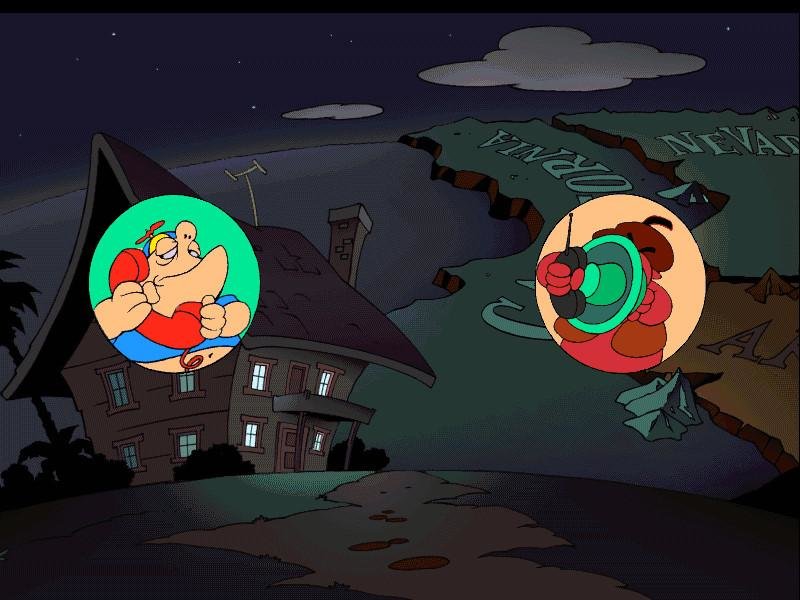 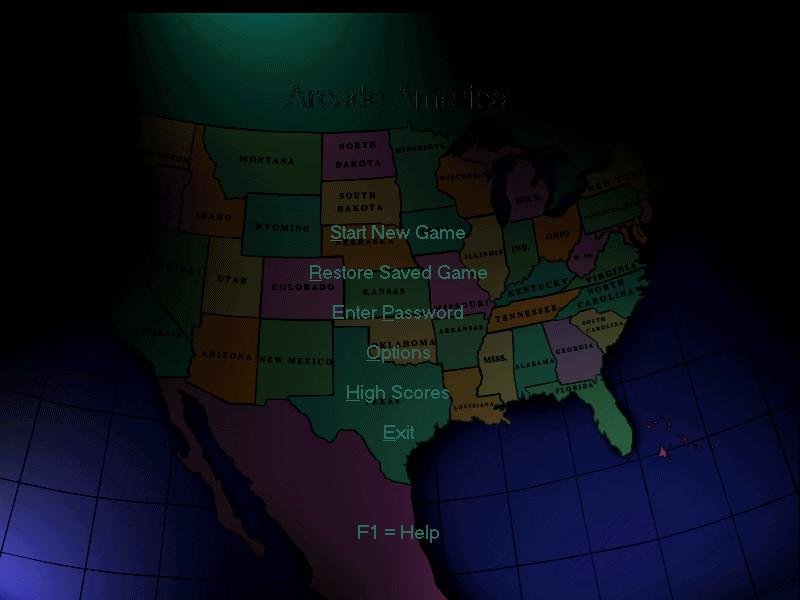