No relation to the book with the same name, Heart of Darkness is a side-scrolling adventure with a dark streak and a focus on platforming. Its brand of gameplay isn’t completely new – the style is reminiscent to that of Another World / Out of This World. You enter a new location, die, complete a few screens, die, figure out the puzzle, die, go through the same screens again, die, ad infinitum. The game only saves at certain locations, so replaying the same few screens 20-30 times isnâ€™t out of the question.

The graphics look a few years behind the times as far as resolution and color depth, going in at merely 256 colors. But the graphics are well drawn, with plenty of clever animation to give life to the bizarre world portrayed within. But the game is repetitive nonetheless, although even with all its dying and restarting an average player can complete Heart of Darkness in about six to seven hours. So not a whole lot.

A game like Oddworld, despite its similar save game system, still managed to imbue the 2D platform genre with enough new elements to make it feel fresh. Heart of Darkness, with its early 90â€™s look and gameplay, is little more than a curiosity. And despite the lovely animations and setting, Heart of Darkness can become an exercise in frustration rather than one that encourages exploration. 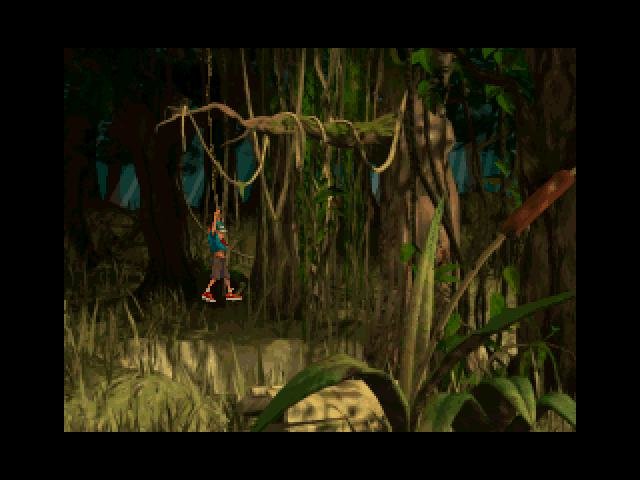