Alien Blast The Encounter gleefully torches all your previous notions of what is retro and dares you to hate it. The game taunts you like a fat, ugly kid. The â€œactionâ€ takes place, according to the three-page manual, in the distant year of 2060 where, â€œas a member of the crew of the commercial starship MBK-03, you are asked to investigate a distress call from one of the new colony planets, Rexus.” Aliens show up, and you gotta blast them. Problem is, you have to do this from the confines of an immobile one-man turret. 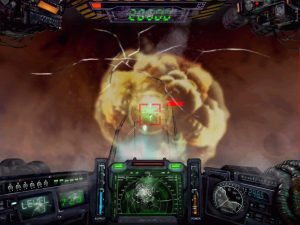 Okay, so youâ€™re in a turret for 45 levels. Wait, thereâ€™s more. Although it swivels responsively, it doesnâ€™t fire straight up, even though the majority of your alien attackers are aerial, and itâ€™s 2060. You also have no sensory equipment or verbal help of any kind outside of your useless radar, no diagnostics on the aliens, nothing on your own weaponry, nada. Couldnâ€™t your turret be the coolest turret ever? Where are the other turrets and whoâ€™s manning them? At least you have seven different types of weapons to choose from, or will if you play long enough to â€œearnâ€ them.

Your job is to simply survive and shoot down wave after wave of aliens until the level ends and a guy in a window congratulates you by warning you more are on the way. The aliens include giant eyeballs, swarms of tiny spiders, mines that hurtle slowly toward you and blow up, giant mechanoid things, and motherships with lots of armor that drop stuff on you and sometimes flicker from view except for their health bars. Since new waves appear virtually on top of you, your radar is of little assistance. You usually donâ€™t know youâ€™re being pummeled from behind until youâ€™re taking damage, and since the aliens come from all directions, youâ€™re always taking damage.

Multiplayer support for up to four whole players to play cooperatively by LAN. Finding that many people who would sit still for a single session of Alien Blast would serve as a remarkable testament to the power of sedatives. 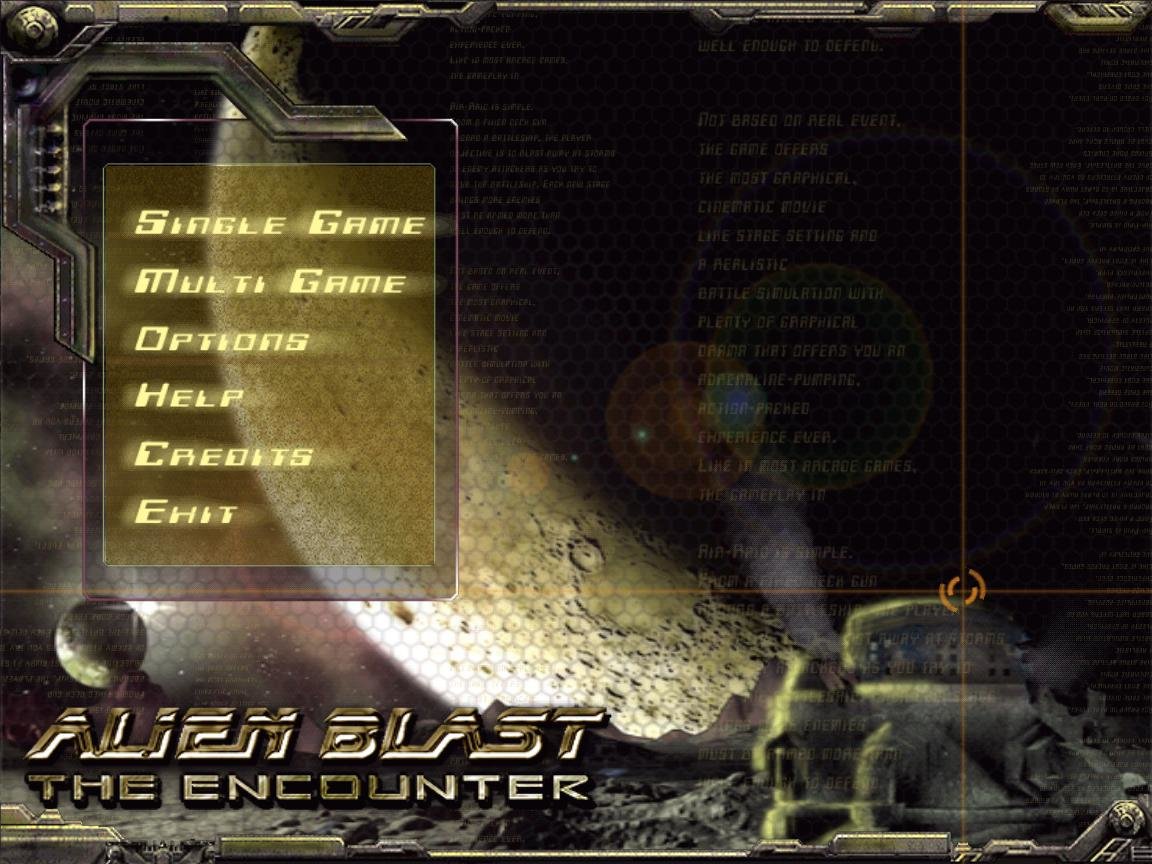 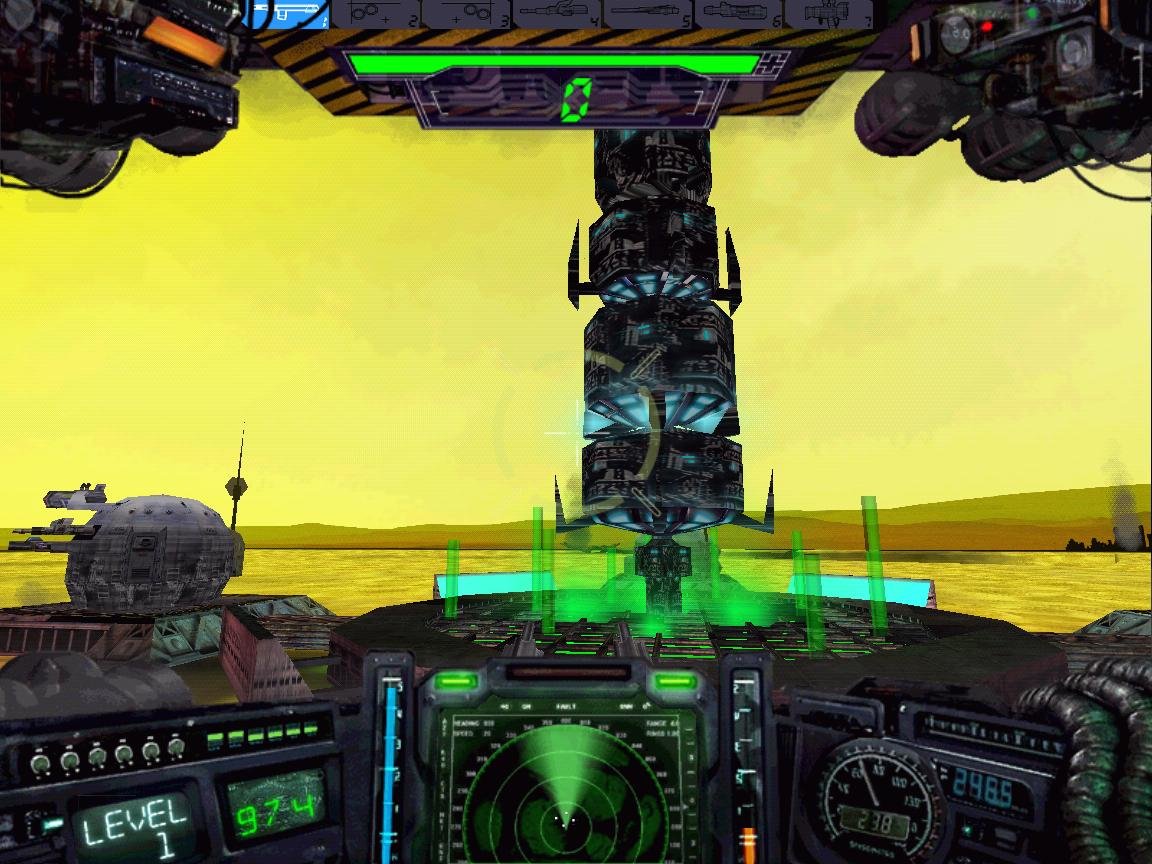 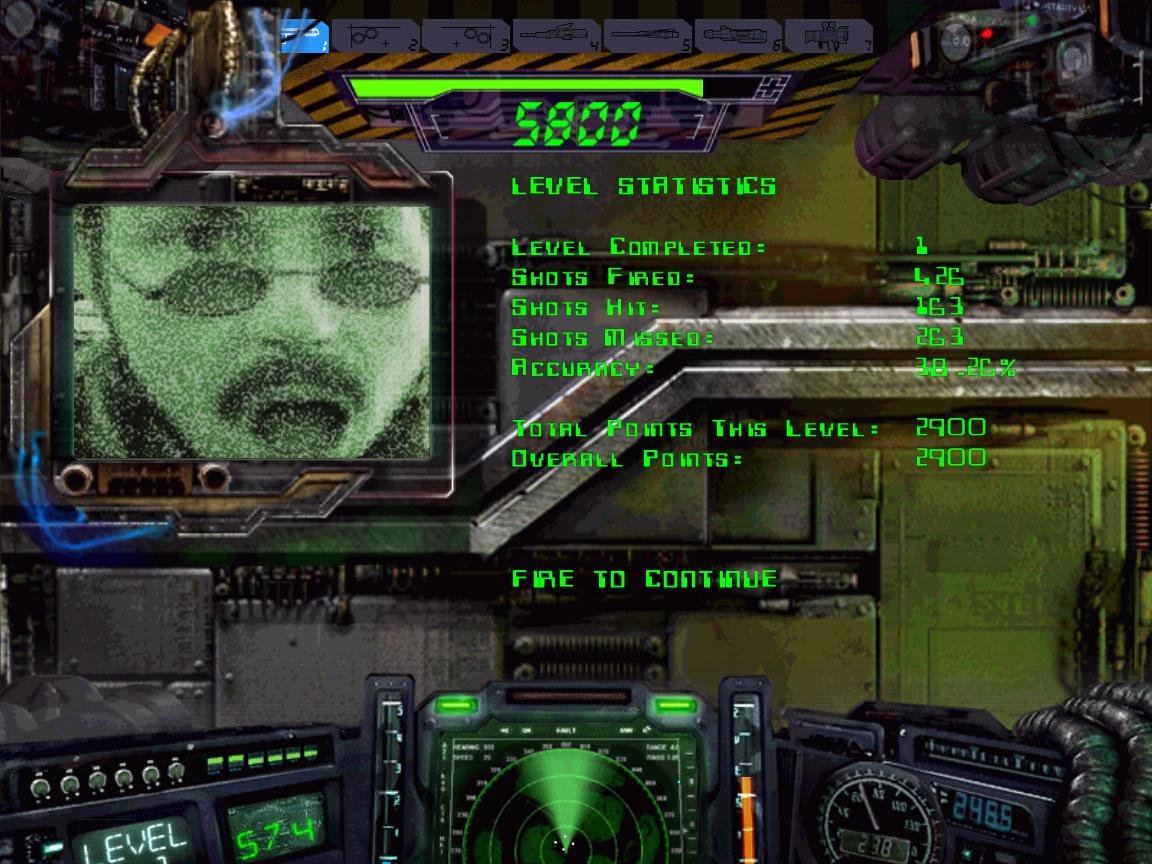 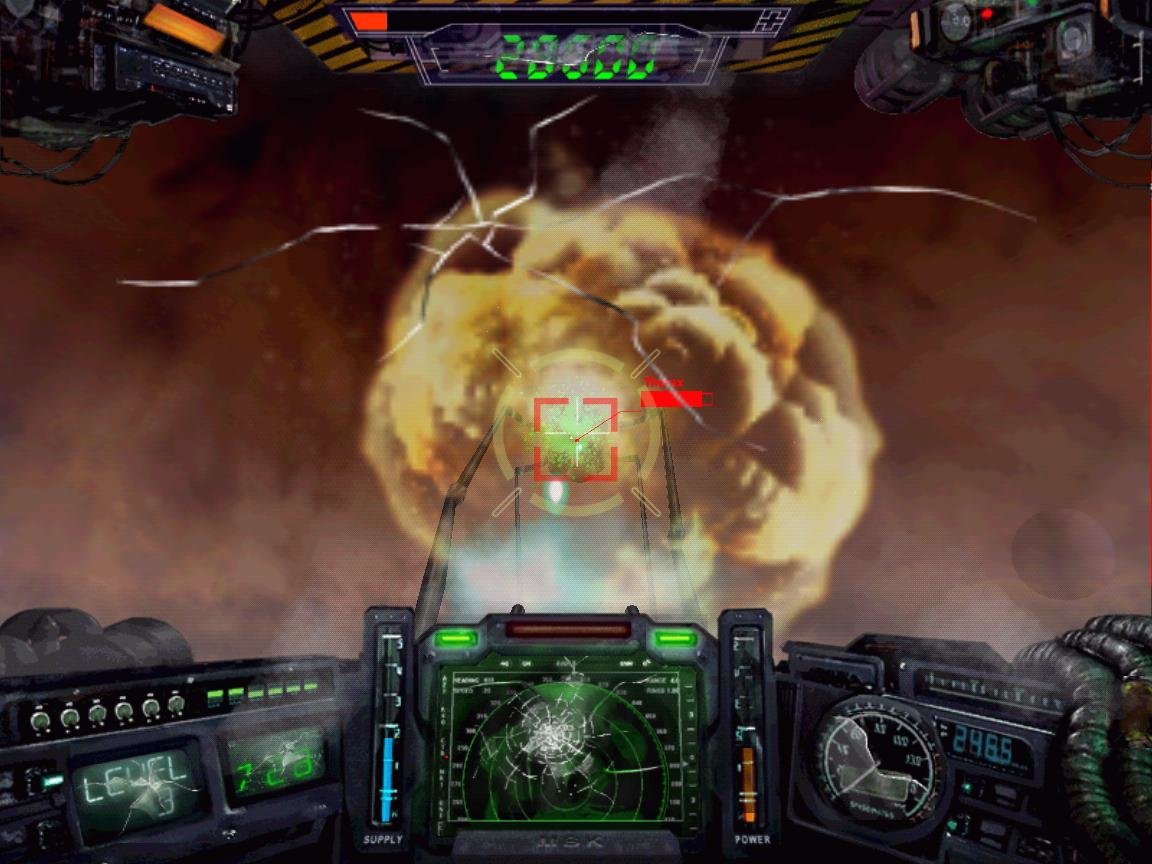 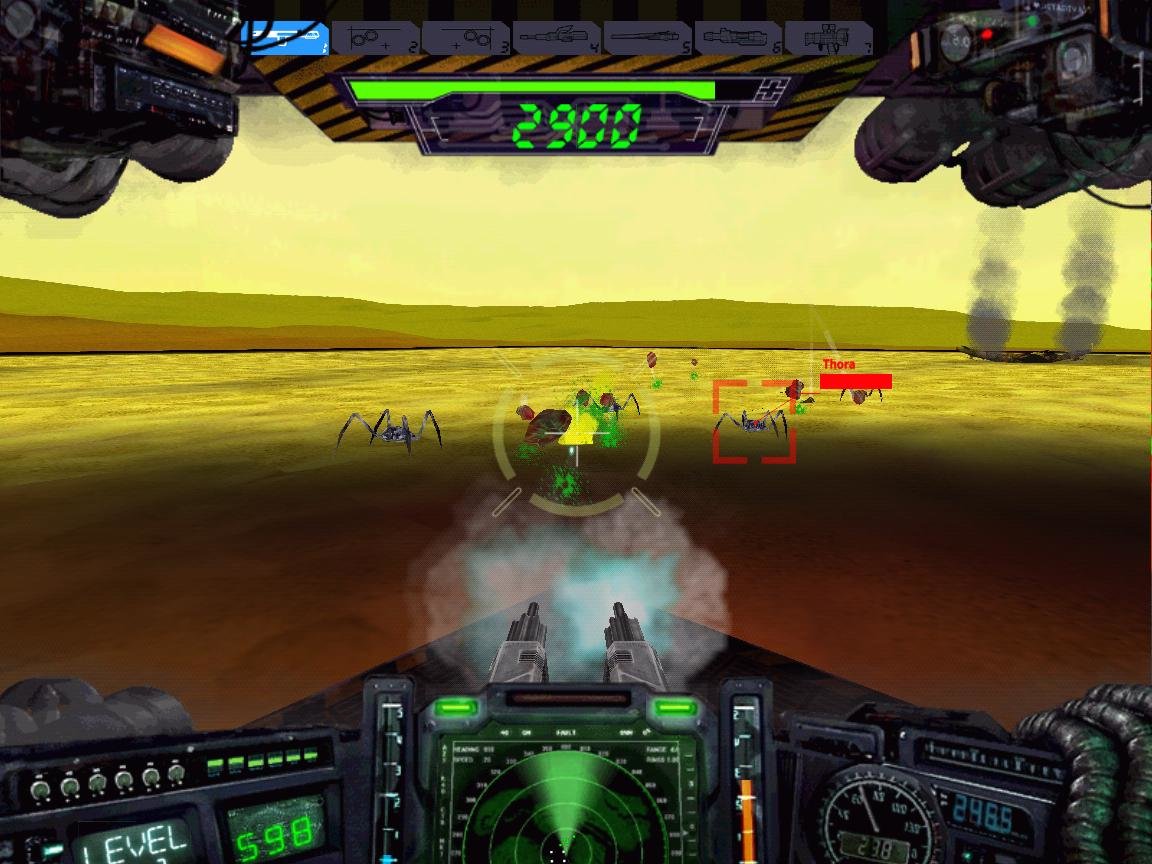 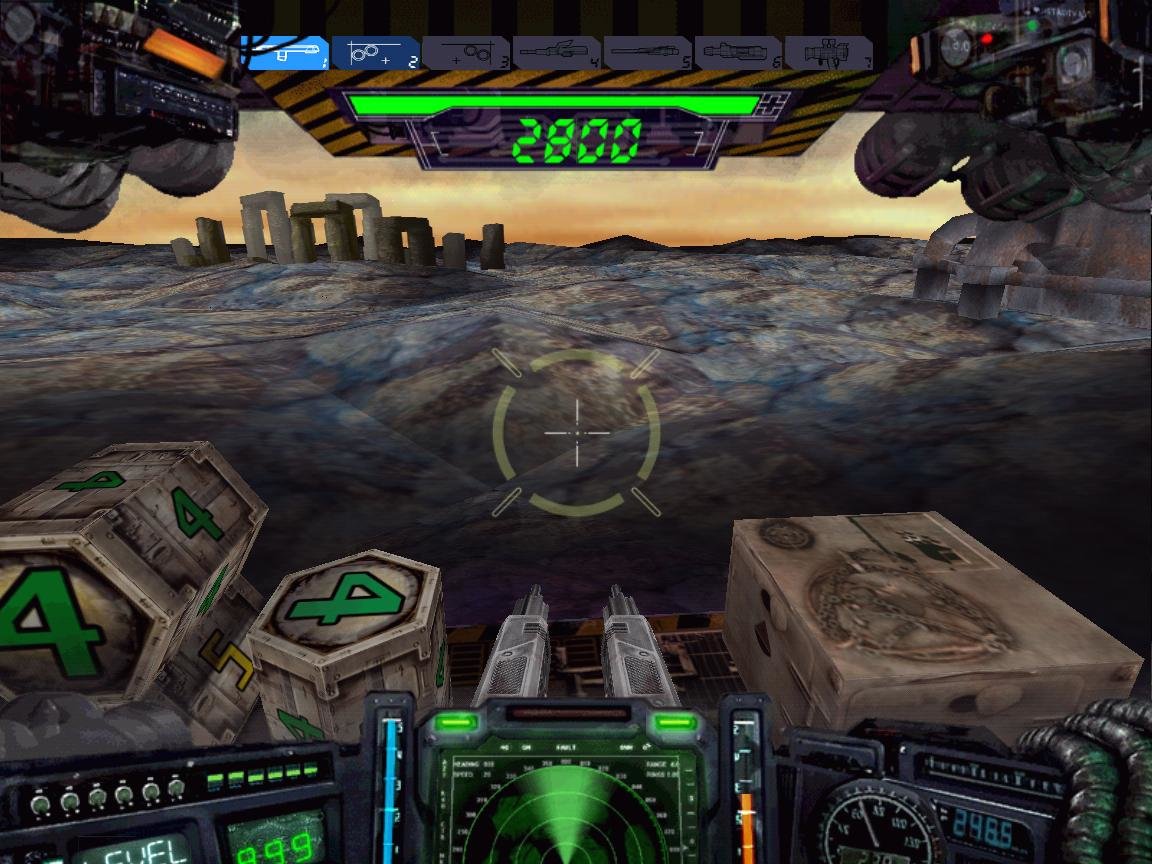