Absolute Zero is set in the 24th century, on the frozen Jovian moon of Europa, where mankind has established a colony to extract water for fusion reactors. When one of the mining facilities accidentally discovers members of a long-buried alien race, the creatures awaken to slaughter all the miners and destroy the colonyâ€™s capital city. Using only the minimal defensive equipment located on the colony, itâ€™s up to you to thwart the attack until help arrives.

Each mission casts you as a different character in the unfolding drama, as you take the helm of seven different vehicles on a variety of missions. In the first mission, for instance, you fly a fighter-style craft on a mission to drop reconnaissance pods; in the second, you switch characters and operate a turret gun in a ground-based vehicle leading a search for survivors. But as interesting as the premise was, AZ greeted me with frustration even before Iâ€™d gotten into the first mission. The gameâ€™s design is very linear – youâ€™re doomed to replay the exact same mission over and over until you win it. Thatâ€™s bad enough, but whatâ€™s more maddening is that itâ€™s quite possible to lose the same mission a dozen times, even following the hints youâ€™re given each time you fail. The lack of a time compression or autopilot option means youâ€™ll fly long stretches between Nav points, and after three or four tries at a mission youâ€™ll be praying for a Warp feature to zip you straight to the next bit of action.

It’s all very tedious and boring, and the difficulty level is just too frustrating to make the experience as immersive as it should be. 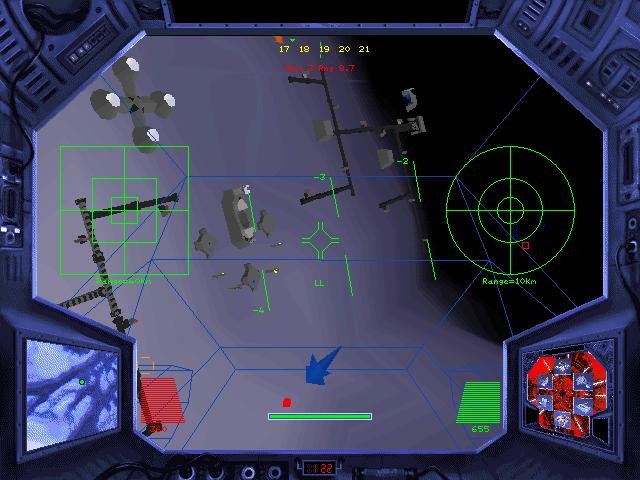