After four years of development, and following a long struggle to find a publisher, and the virtual demise of Sir-tech, many wondered whether Wizardry 8 would ever emerge. Even with no publisher or funding, the folks at Sir-tech didn’t abandon their product. Perhaps they believed that they had a winner on their handsâ€¦ and it’s true, they did. En route to Dominus something shoots down your ship, leaving your party weakened and stranded on the shore near a monastery. Once you discover civilization, the conflict between factions develops based upon the choices that you make. Initially you play a minor role, but your influence grows as your party improves, eventually leading to alliances or obliterated factions. Since you know where the story is heading before you’ve even created a party, the plot is not based on a mystery but rather a tale that is gradually fleshed out as you gather background information about the characters and events that take place. It’s not an intricate plot, but it gets the job done.

The tradition behind the Wizardry series is hardcore role-playing, so expect to examine and allocate party charactersâ€™ growth points across a range of several dozen statistics and skills. You build (or ruin) relations with each of the races on Dominus. Friendly races will give you important information and goods, but since some races hate each other, you canâ€™t befriend everyone. That means considerable replayability as you try out different classes and side with various inhabitants.

No role-playing game is complete without a hefty share of quests, and Wizardry 8 offers them by the dozen. There is always something around the next corner that will improve your party. Most quests involve fighting your way through various monsters to reach your goal. Battles are challenging on any setting other than “novice,” but you can change the difficulty setting at any time if you get stuck. Combat unfolds in rounds; you assign an action for each character and the turn plays out all at once. There’s a continuous mode for combat, but it’s essentially the same thing without the gaps between rounds and is best used during easy fights. The one advantage to continuous combat is the ability to change an order in the middle of the round, but often it is too late to make a difference. Weapons are divided into three range groups. Short weapons can only strike opponents adjacent to you, while long-range weapons such as bows can attack from a distance. This is all standard fare; the real difference comes with extended weapons. Your party formation is customizable so that up to three members can be in the front, sides, rear or middle. If you have more than three fighter types, they won’t all be able to reach with short weapons. Equip them with extended range weapons and you can place them in the middle and sides. A properly structured party can attack from any position and defend your mage at the same time.

Opponent AI is excellent. Groups of enemies will mutually reinforce one another, as I discovered when a sorceress cast Enchanted Blade on a bunch of Higardi highwaymen. You can play in turn-based or continuous mode. Game balance remains good, as it always has been in this series, though the skills can create some problems: pickpocketing seems far too easy, and since skill points increase with use, a thief can max out this skill by repeatedly working an easy mark early in the game.

Wizardry 8 slowly pulls together the threads of many different missions and NPC personalities over time, masterfully building a taut, suspenseful plot. The end result is an engrossing game that outdoes its strong but rambling predecessors. Itâ€™s the crown of a groundbreaking series. 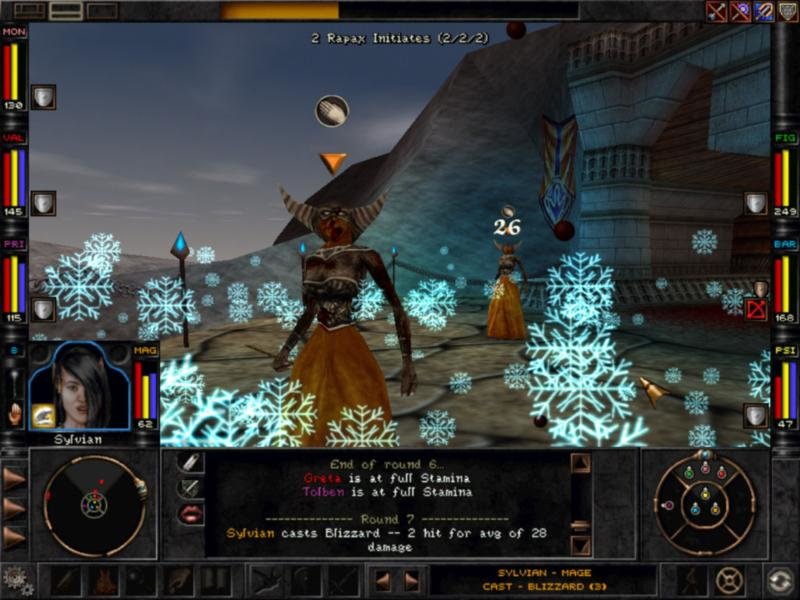 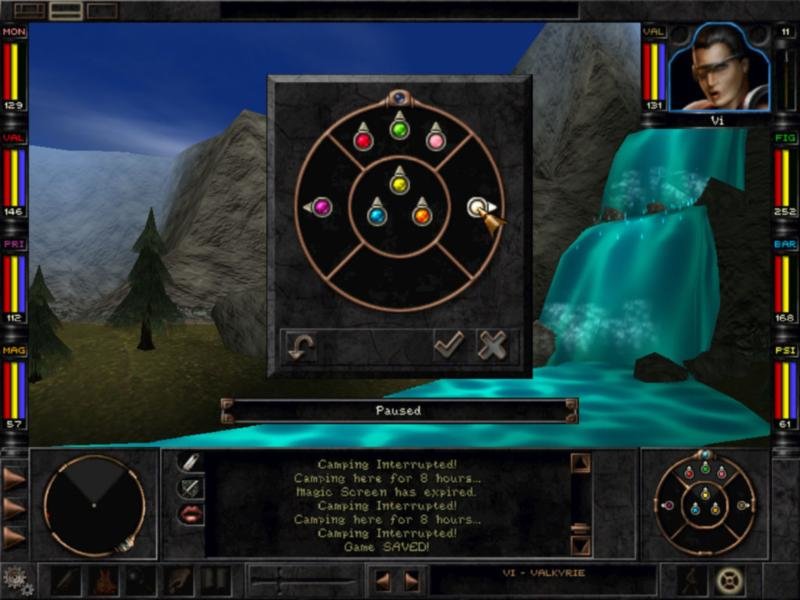