Back to the fantasy milieu of elves and goblins, golems and draco-liches will Warlords 4 take you, where mysteries within enigmas are unfolding across a land plagued by the usual beastly suspects. Those who have played through the first three Warlords are all too familiar with this tried-and-tested fantasy claptrap, leaving them to ask but one question – are the changes in this sequel good enough to warrant playing it? Well… Discarding the linear missions common with fantasy games, the Warlords IV campaign pits you against up to seven different AI factions. There are no cities to build, no research trees, and no elaborate tactical grids to distract you from waging war against your enemies. Your primary goal is to take cities using an array of different races as your cannon fodder â€” anything from dragon armies to slavering daemons. Warlords, heroes, and grunt units are the gameâ€™s bread and butter, and mastery hinges on their management.

New to the series is the ability to carry over up to three units (including heroes) between battles, a nice RPG-lite touch that forces you to make hard choices as the storyline develops. Victories yield experience points with which to upgrade levels and abilities, and as your castle-bound warlordâ€™s skills increase, so will your expertise with the gameâ€™s magic schools and spells. Another notable change is the move to an isometric view, but donâ€™t get too excited, because itâ€™s marred by bland-as-pea-soup visuals. The Warlords series has always had a distinctive look, and if anything, the isometric view diminishes that tradition. The developersâ€™ much-touted tactical combat engine got yanked mid-development, and in its place is something called the Speed Tactical System, or STS. As in a glorified card game, units from each stack slug it out one at a time in the order you choose. Itâ€™s fun and itâ€™s fast, but also extremely quaint.

As usual, multiplay is a blast, with turns that move at the seriesâ€™ customary quick pace. The random map generator assures plenty of replay value in both solo and multiplayer modes. For people who enjoy Heroes of Might and Magic, the Warlords series comes off as a competent doppelganger. As with previous games, it has enough substance to hold one’s interest – for awhile, at least. 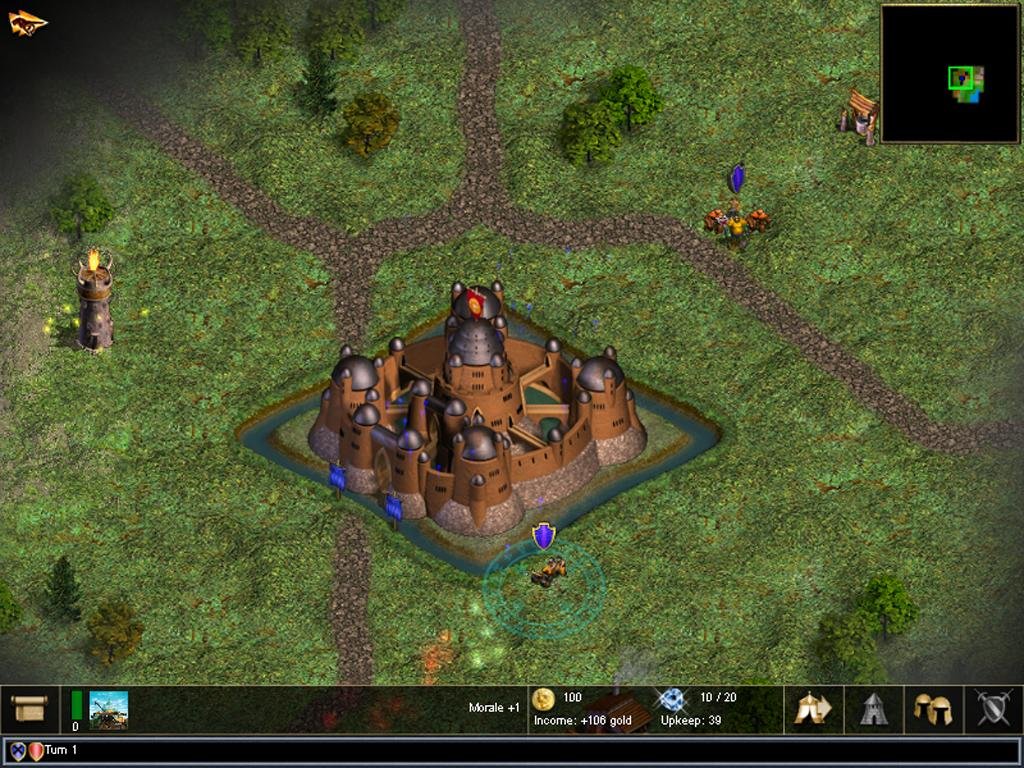