Volition’s Summoner has all of the stock fantasy role-playing decorum, although the details change here and there. At first glance it seems as if there isn’t much to the game’s story, but appearances can be deceiving. A complex background fleshes out as the plot advances, particularly around the middle of the game. If you like reading dialog, hundreds of non-player characters wander around the various cities, often providing interesting information. The story isn’t remarkable, but it’s good enough overall. The same can be said of Summoner as a whole.

The first thing you’ll notice is the rather awkward camera. Initially this can be a pain, but it works well enough as long as you keep it on the low angle setting. Unfortunately, several indoor areas lock the camera on the high setting, and that only allows you to see a few meters in front of your characters.

Using a simple system, combat consists of chaining together different types of attacks. Some attacks deal extra damage, while others inflict status effects or steal hit points. Every character can only use four “chains” at once, a limitation that was likely inspired by the number of buttons on a console controller. Gaining experience by using chain attacks helps your characters learn new strikes. The computer handles most of the combat and you simply manage the team and keep things running along smoothly. It works fine, but if you’re searching for a game with a detailed combat system in the style of Baldur’s Gate, look elsewhere. Summoner’s biggest fault is the party AI. Sometimes your party members seem incredibly intelligent; other times they seem to have trouble out-thinking the average lab monkey. In tight hallways they will move to strike enemies from behind and make room for other fights, but then they will get stuck behind someone in an open field. Long-range pathfinding is excellent but your characters have trouble moving around during combat. Almost every annoying and frustrating moment in Summoner is a direct result of the inconsistent AI.

Since the AI is a major problem, multiplayer is a big saving grace. Character creation is limited to choosing one of the four main characters, but the game is much more interesting when every character in your party is actually competent. Multiplayer is also much more challenging, as the monsters increase in strength with every level you gain and every player that joins. You can select one of the areas from the single player game, and it will be filled with monsters (even the towns). Completing areas opens up new areas and eventually new difficulties. Quests are possibly the best aspect of single-player Summoner. The first city is huge and requires hours to explore, but there are dozens of optional quests. It’s vaguely reminiscent of Planescape: Torment. Some quests are of the “Fed Ex” variety, but most of them provide a much-needed break and keep the game from becoming excessively repetitive. With a strong plot, good multiplayer, lots of items to find, things to do and places to explore, Summoner provides an acceptably entertaining experience, but it lacks anything truly original that might elevate it into the realms of a truly memorable game. 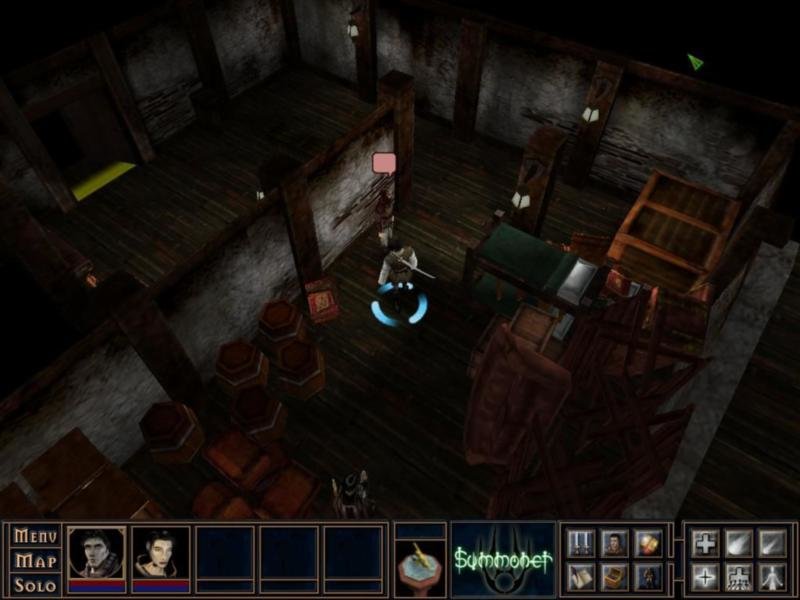