Panzer General reaches for the stars.

The look and feel of Star General will be familiar to those that have played the other “General” games. The Star General galaxy is a cluttered place, with nebulae, asteroids and space rifts. Seven races (one human, six alien) inhabit this neck of the woods, and none of them seem to get along very well. You might think the game is a not so subtle reskin of the original Panzer General, but there are some key differences that go beyond the aesthetic.

For one thing, this release uses a two-tiered play system. While much of your time will be spent flying among the stars, you can also land on a planet’s surface. Ten ground turns fit within each space turn (though that number can be adjusted before play begins). On a planet’s surface you’ll build an economic infrastructure as well as land-based military units. You’ll also defend the planet against invaders from the stars (or, even better, you’ll be the invader from the stars).

This economic aspect is another new feature in Star General. Every planet has several cities, and each can support two installations. These serve to generate income, allow you to build ground forces, or (with a tech center) increase your tech levels. Every unit has a tech level in addition to attack, defense, and all the other attributes you’re used to. Each tech center in your empire increases the potential tech level of your units. All other things being equal, if two units are battling it out, the more advanced one is going to win. Unlike other 5-Star games, there are no campaigns in Star General. Instead, there are “Battles,” which are short-ish scenarios with pre-set starting conditions; and there are “Wars,” longer free-for-all kinds of scenarios. In an Expansion War, each race starts on a single planet, and then they have to grab unoccupied neutral planets, after which they settle down to destroy each other. A Fast Start War begins at this latter point. All planets are divvied up between the participating races. In either case, you can choose to fight until one race owns the entire galaxy.

All told, Star General has a lot going for it, and it would be have been even better had the AI and simplistic diplomacy been better programmed. In all, it’s enough to wow new players that don’t want too much complexity with their wargame. For the rest, however… 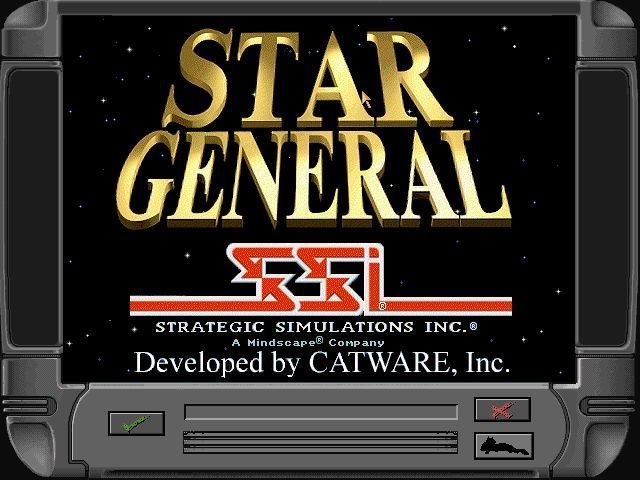