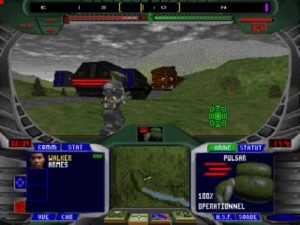 Looking Glass had made their name with System Shock and Thief, but they’ve actually been turning out quality games all throughout the 90s. Enter TerraNova, first and foremost an action game in the style of MechWarrior II. It offers an outstanding blend of tactical maneuvering with fast-paced, sometimes frenzied action. Unlike other 3D games, Terra Nova takes place completely outside, complete with trees, valleys, rising peaks, and mountain ranges. The terrain types your assignments take place on are widely varied, and such effects as snow, rain, and lightning add ambiance to the world around you.

A lot of weapons are given to you and your AI squad-mates throughout the 39 missions of the game. At first, you’ll have to get by on lowly lasers and a lot of scooting around to avoid direct hits from the enemy clones and soldiers. After that, you’ll move up to grenade launchers, SIR Mark IV’s, Missile Launchers, Railguns, and more. Also throughout the game, you’ll find ASF’s (Auxiliary Suit Functions.) Among these are the Jump Jet Boosters, Dynamo pack (doubles the recharge power of your guns and shields,) and the Auto-Turrets, which are dropped like mines and target fire at the enemy forces; however, they are weakly armored, thus easily destroyed.

Although subtle, the level design retains the quality that Looking Glass has long been known for. Rather than employing the claustrophobic creepiness of System Shock’s levels, however, the world of TerraNova instead takes place completely outdoors, and is alive with meadows, hills, valleys and sloped terrain. Every terrain feature blends realistically into other hills, so that you really feel a need to duck your head as you peek over the hilltop to view the valley below. In some of the missions, snowy mountain ravines can be dizzying from the upper cliff ledges, as you look down to ambush an unsuspecting convoy. One major difference that sets TerraNova apart from other mech shooters and Doom clones is the strategic elements of leading a crew of four Strike Team members. You are constantly within reach of your crew, and they will chatter about their status, or inform you that they are “going EVAC,” which means they sustained too much enemy fire. Strategy plays a big part in the game, and is the reason you should look past the graphics. In the end, TerraNova offers a wonderful variety of terrain, mission types, and scenarios for any MechWarrior 2 fan in need of more retro fun. 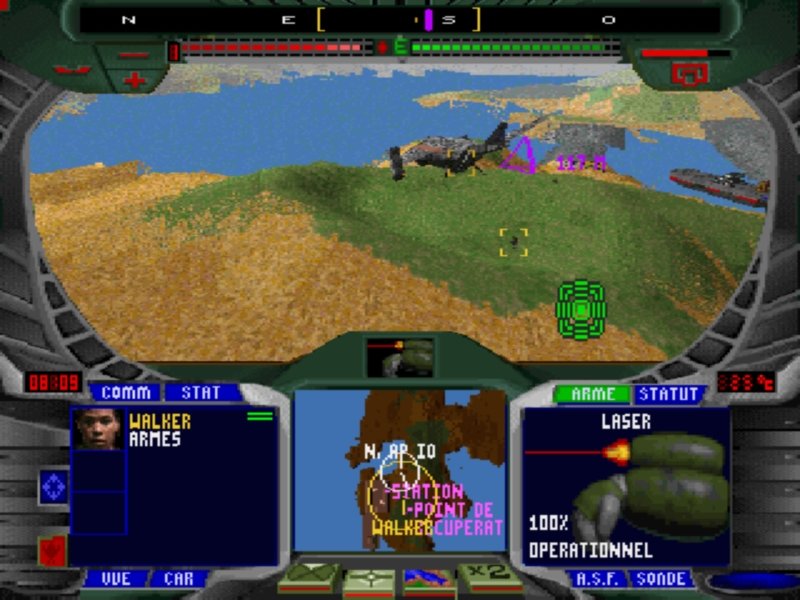 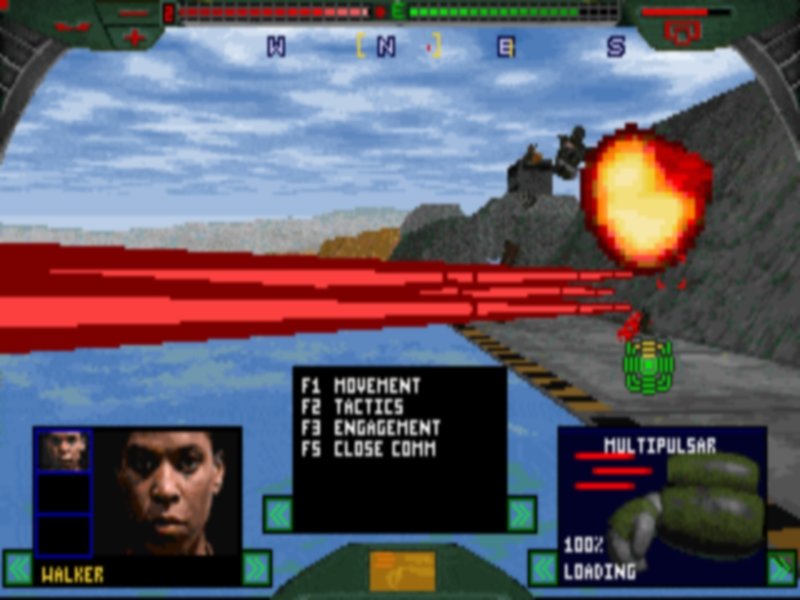