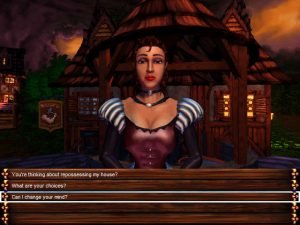 When I first began playing Redjack, my expectations weren’t high. After all, it was developed by the company responsible for the awful Dust: A Tale of the Wired West and Titanic (an average to low quality game). Still, shortly after booting up Redjack, I’ve found myself drawn to the cooky CGI characters, engaging artistic style and surprisingly intriguing storyline. I honestly did. And as Redjack’s pirate-vengeance story began to unfold and I solved the first few puzzles, I really started to warm to it. Then I ran into the first of a whole slew of major fun-destroying flaws.

Redjack definitely has some appeal. It’s certainly not another soulless Myst clone or Monkey Island ripoff. You’re not exploring a sterile, deserted landscape and occasionally running across completely self-contained, abstract, tile-sliding puzzles. You actually meet people and skim through spoken dialogue trees; and you pick up strange items and figure out how to use them in puzzles that generally make sense in the context of the game’s setting and story line. In those respects, it’s one of those rare commodities in PC gaming – a Myst ‘clone’ with a novel edge.

Technologically, it’s not stunning, but it is visually appealing. The characters you speak to no longer look or move like motorized mannequins, and panning panoramic views like those in Zork: Nemesis and Of Light and Darkness let you look up and down or turn to face any portion of each 360-degree scene. Some of the locations are very nicely done; they aren’t exactly realistic, but they have their own depth and life. It’s a little like being allowed to wander around freely behind the scenes at an amusement park attraction like Disney’s “Pirates of the Caribbean;” it’s a cartoon of real life, but it’s a fun place to visit. 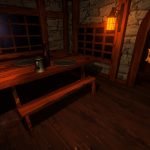 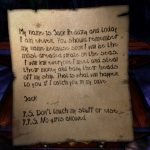 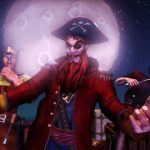 The problems begin when you run into the first of Redjack’s mini-games, little arcade-style challenges that pop up from time to time, perhaps in an attempt to make the game more appealing to action-hungry players. The real-time sword fights are fun, and if your striking and parrying skills aren’t up to snuff you’ll often find some useful aids in your surroundings (heavy things to pull down on the enemy, objects to use as shields, etc.). 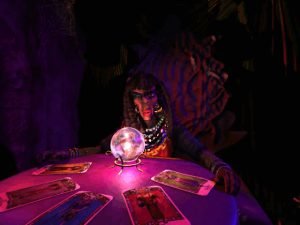 Unfortunately, most of the other twitch games are far, far too hard. A musket-battle against corrupt guards is an exercise in frustration: even on your fifth or sixth try, when you know when and where the guards will pop up, you’ve still got to contend with the mouse-driven movement interface, which either pans the view too fast for precise aiming or too slowly to let you draw a bead on a bad guy before he drops you. Then there’s the lava-jumping sequence, which is even more vexing. And those two are only the beginning.

It’s possible the action bits were only made so difficult to compensate for another of the game’s shortcomings. Most of Redjack’s puzzles are so simple that the game would be disappointingly short if the traditional adventure-game portions weren’t broken up by arcade sequences that some gamers will find frustrating. Despite its severe case of genre schizophrenia, Redjack does contain a few novel ideas and stylistic approaches to make it stand out positively.