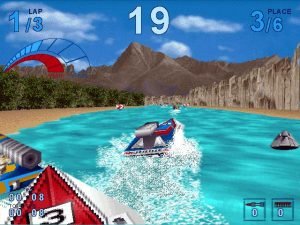 If you thinked Speedboat Attack is a boat racing game with combat, you’re only half right. It is more like an homage to the Super Nintendo’s B-level games and the sort of shareware you would have been stuck with if you had a Macintosh in the 1990s. One of the kindest things you could say about the game is that the cardboard graphics are smooth. Different colors of cardboard are used for different tracks. The flat water is textured with a moving pattern, which supposedly looks fluid. Sometimes your windshield will get sprayed with water droplets. The seagull dropping on the windshield is the best joke in the game.

The controls feel more like you’re scrolling the scenery rather than driving a boat. The combat seems to have been an afterthought. The funky soundtrack sounds like something from a porno flick and the lo-res choppy intro movie is about as skillfully produced. Speedboat Attack was developed in Russia, where the imploding economy is a far less serious threat to the country than these game developers. Where is Alexey Pajitnov when you need him? The game’s supreme joke is that it is distributed by a company called h+a, which is indeed the only syllable you need to describe Speedboat Attack. 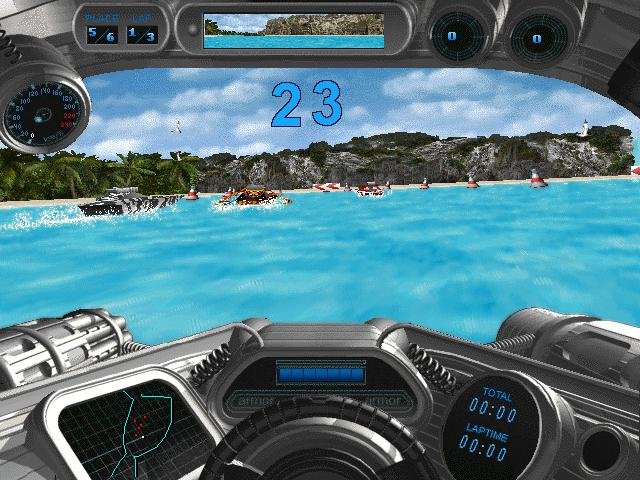 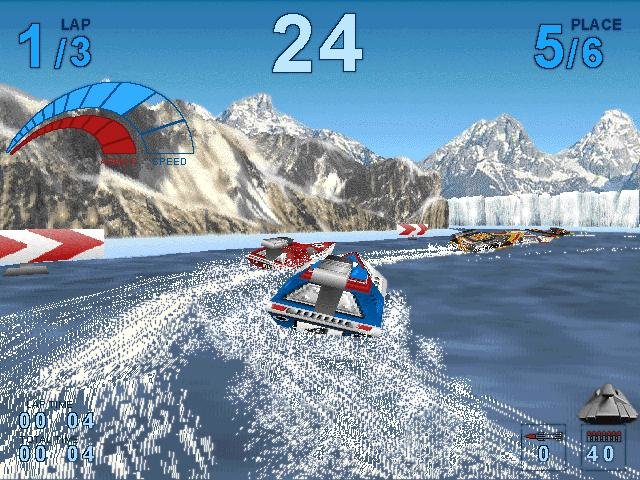 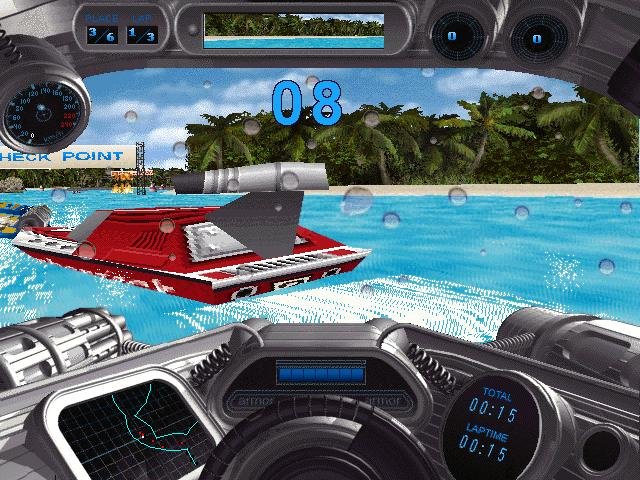 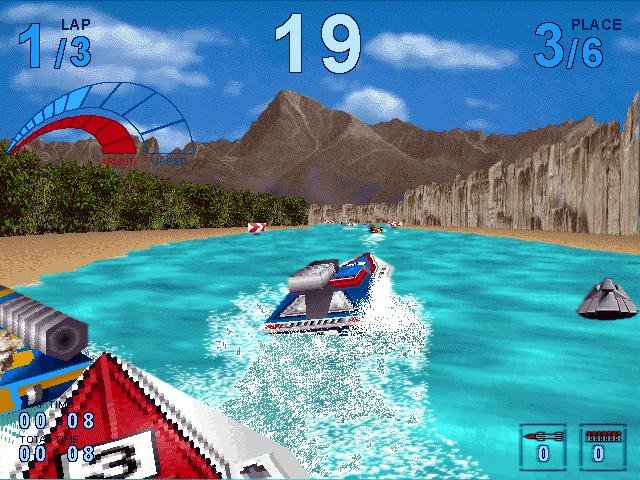 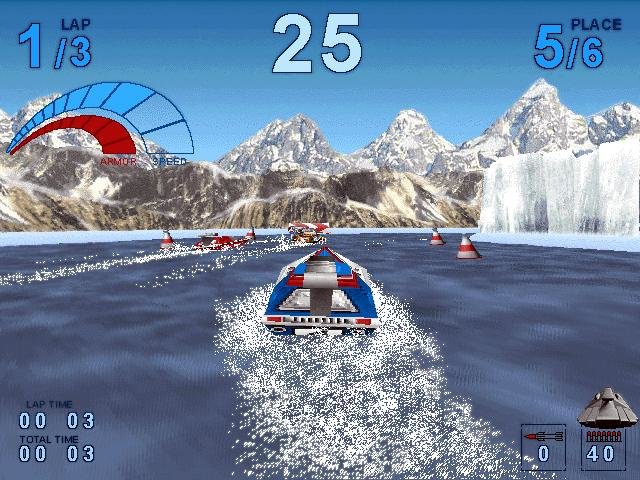