Great looks are not enough to save the unimaginative Sinistar.

Back in the 1980s, when computers ran in four colors, Sinistar rolled onto arcade floors boasting inconceivable technologies. Sixteen years later, little has changed. In reincarnating the arcade classic, THQ stayed faithful to its lopsided design: hot technology, and downright boring gameplay, as if the developer has completely missed the point on what makes an arcade space shooter truly fun. Each level takes place in an asteroid field swarming with enemy ships. The same crystals must be collected to power the player’s weapons and shields, which are used to slow the mining operation and defend against attacking fighters. Disconcertingly, the player cannot exterminate the flock of enemy craft. For every ship destroyed, a shiny new vessel appears, making impeding their effort all but impossible. Instead, the player is meant to browse asteroids in search of energy crystals and special weapon upgrades.

Eventually, a Sinistar announces his presence and entertainment ensues. Each Sinistar has unique attacks, defenses, and vulnerabilities. It constantly taunts and attacks while the player loads up on crystals and makes assault runs. After a weakness is discovered, the player arms the weapon of mass destruction, the Sinibomb, and lands a few where it counts. The creature explodes in a spectacular finale, and the player is sucked into the warp gate to start the cycle over. Twenty long-winded times.

This cycle is broken every four rounds by a bonus stage in which the player engages in a rudimentary story scenario. In one example, a city built on asteroids must be defended from fleets of attacking alien craft. In another, an immense and well-defended capital ship must be destroyed before reaching a warp gate. Without question, the visuals are where Sinistar: Unleashed shows its strength. In great Sinistar tradition, the technology is sanded down into an elegant, aesthetic piece of computer science. Tiny bits of space debris bob past the player’s ship, which itself glows with a hue representing its damage status. Weapons look more like fireworks than instruments of death, leaving smoke trails and exploding with brightly colored radiance. Unfortunately, as we’ve always known, great graphics do not compensate for average gameplay, which Sinistar has in spades. 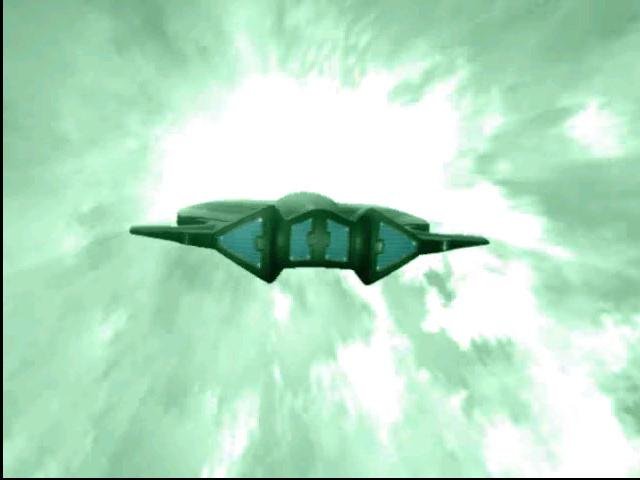