Rise 2 is a surprisingly decent 2D beat ’em up. As Acclaim’s latest attempt to inject the console style of gaming into the PC community, Rise 2: Resurrection has enough going for it to be worth a look. It’s no Street Fighter Alpha, it may not even be Mortal Kombat 3, but the game pilfers enough from both of them.

Rise 2 has 18 playable characters, and at least 8 other robots. There are 2 ape-bots, several “loader” style utility droids which have been retrofitted for combat, and many humanoid cyborgs. While there is definitely some degree of character cloning, the similar units were than just simple rehashes. Some have multiple sets of limbs, others jet packs, buzz-saws, lasers, rockets or electricity shooters. The characters all look superb, and act and move differently. There are samurai cyborgs complete with katana and ceremonial dress, a female android who actually moves in a fluid, feminine way, and the Supervisor herself who has the face of a devil and whose body brings new meaning to the term “silicon implants.” Rise 2 contains some of the best character animation yet-the human-like cyborgs move like real martial artists, the apes like, well, apes, and the non-human robots move in a realistic, menacingly mechanical way.

The idea of the Mortal Kombat fatality (called an “Execution”) has been added and allows you to gain the fallen robot’s special power. The game “borrows” the Super bar from the Street Fighter 2 series, which when flashing enables the robot to perform its “Super” move, though most of them are rather lackluster. The Executions could have been more diverse as well, but some of them are rather cool. Rise 2 has a Combo counter, called Chaos, which broadcasts your combos when you achieve multiple hits. Playing Rise 2 on a keyboard is more than a little annoying. Hell, even with a gamepad, special moves can be trying at times. Rise 2 is a 6 button fighting game, though a 4 button controller works well. 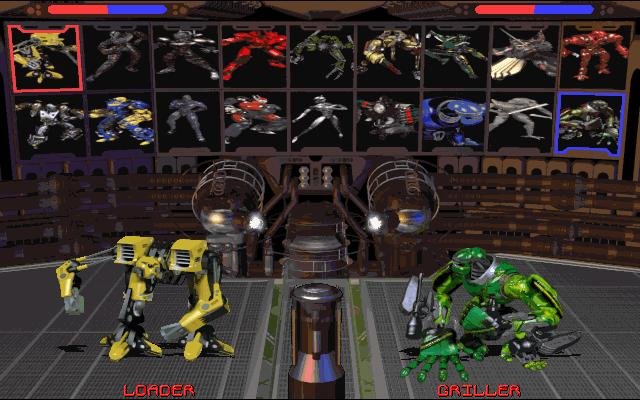