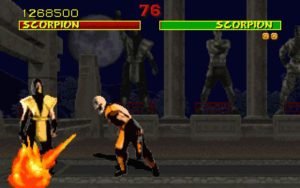 Looking for the best 2D fighting game around? Look no further! GT Interactive has just what you’re looking for. All of the animations are superb. Every move and fatality comes to bloody life on-screen in Win95. All of the characters look detailed, but not as sharp as one would expect with the higher resolution. I think they could have made it a little more hi-res than it is. The fighters are looking a little rough around the edges, which is the most noticeable flaw.

Aside from that, it looks great, and even with its slight flaws, it’s still better looking than any other 2D fighting game on the PC! This game is no slouch in the SFX & Music dept. either. All of the awesome background music you’ve heard in the arcade and PSX versions is intact, and each move and special move sounds as gruesome as ever before! There’s no doubt you’ll want to turn this one up nice and loud. 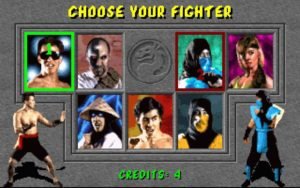 It’s Mortal Kombat! What more do I need to say? Learn some killer moves, including special ones, and kick some ass! You’ve got a total of 14 fighters to start with, and there are a few hidden surprises along the way. 2D fighting has never been so fun on the PC. Virtua Fighter PC is an excellent game, for 3D fighters, but Mortal Kombat is definitely the king of 2D fighting games on the PC. One-on-one or against the computer, you decide, but no matter how you play it, it’s a blast.

It could have looked a little sharper around the edges on the PC, especially in Win95. Missing from the Win95 version is network support, and the long forgotten modem support that was initially promised even before the DOS version was released! That aside, it’s an awesome game. The gameplay is fast and furious, and Kombat is truly killer! 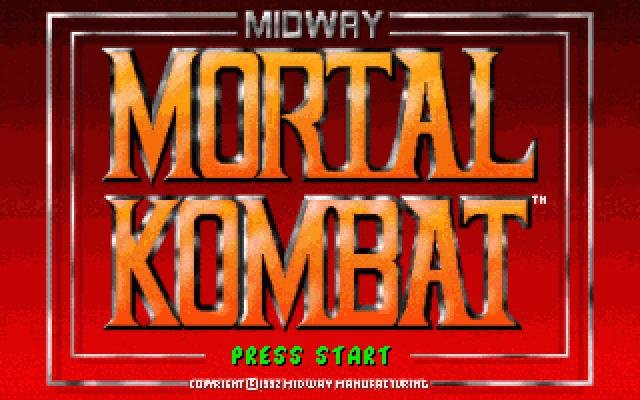 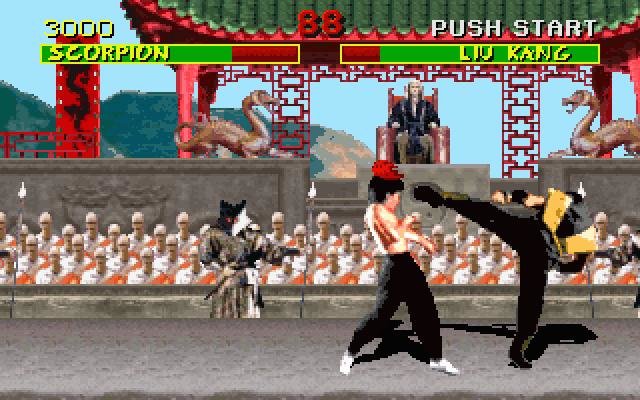 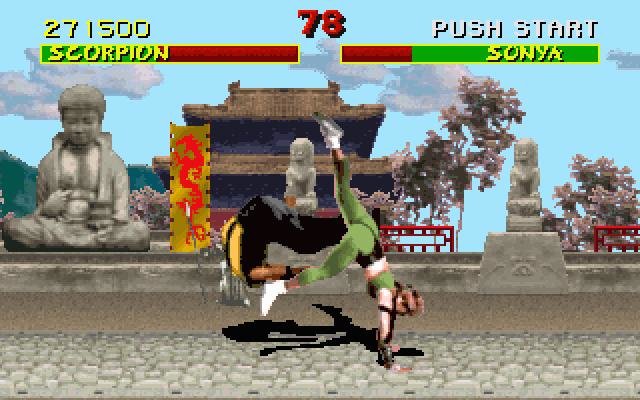 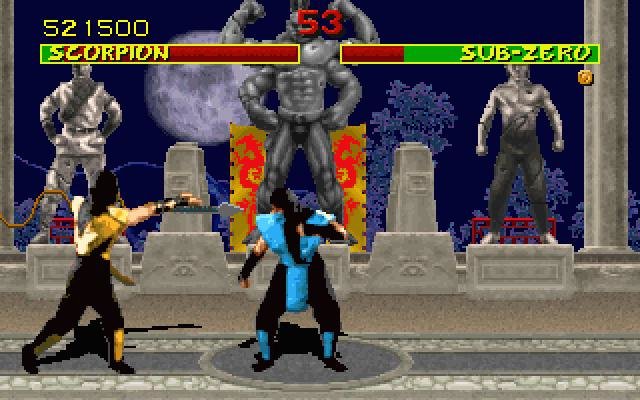 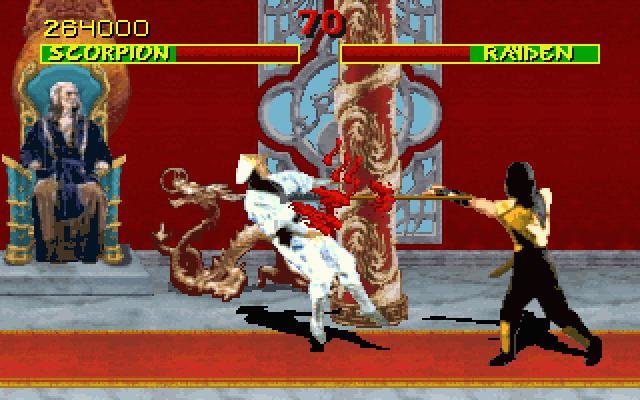 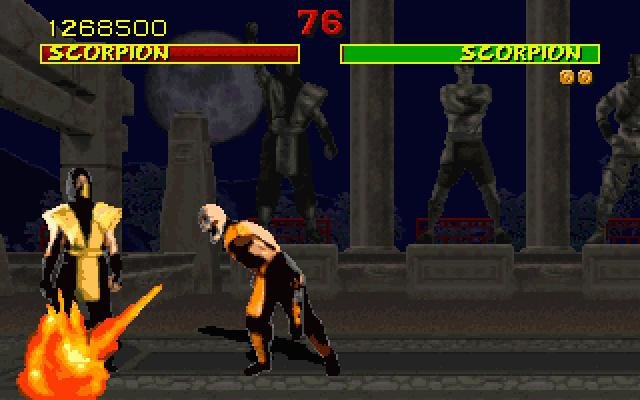 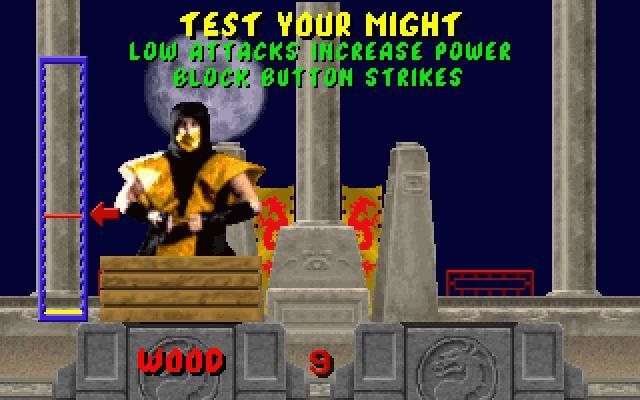 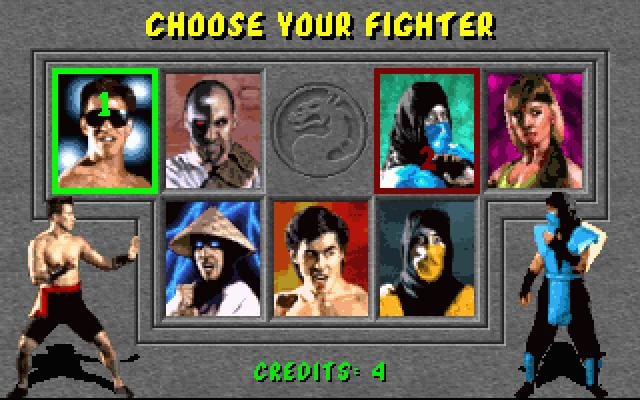