Few computer games have generated the kind of anticipation that Quake II has, but that’s no surprise. Being the progeny of one of the most advanced first-person shooters out there, one could only expect a product several orders of magnitude more entertaining. So is Quake II the fitting heir to one of the most important FPS games in history? The answer is yes. But if Quake was a revolution, Quake II is simply an extension of that revolution. It advances the state of 3D gaming to the next level.

Although coined as a direct sequel, Quake II bears little resemblance to its predecessor. Gone are the dilapidated castles and satanic altars of doom – Quake II is purely mechanical in theme and also employs a more consistent approach to level design. A warehouse looks like a warehouse while a mining facility is complete with high-powered mining gear, and peppered around everywhere are nasty aliens in need of some blasting. The first thing that hits you upon starting up a game is a cutscene. This is still id we’re talking about, and so the story is considerably sparse: alien cyborgs attacked Earth and now it’s time for some payback by invading their homeworld. The cutscenes, including the map briefings that stitch the levels together, aren’t the best CGI you’ll ever see, and their relevance in advancing the thinly veiled plot is negligible. The solo campaign mode lines out your attempts at disabling the alien world’s defenses before closing the show with a final battle against the alien overlord.

The levels themselves are much more complex this time around, and will require a heftier amount of backtracking between levels. The game is divided into three large chapters that are sub-divided into ten ‘units’, best described as objective-based hubs. You can travel between levels within a unit, much in the same way you could do in, say, Hexen 2. But unlike Hexen, Quake makes lighter use of its hub-centric level design. You will sometimes be asked to stray off into a branching level to fetch whatever item needed to activate a machine or mechanism located in the previous level, but remember that this is a shooter, and any puzzle solving is kept at an absolute bear minimum. Tanks are a mean lot, but ultimately too slow.

The engine used in this game has received a tremendous overhaul. Gorgeous may very well be the term that best describes it, as Quake II is a testament to the wonders of 3D acceleration done correctly. Lighting effects and colored lighting are handled brilliantly (though lights are still limited to about eight colors or so), characters are convincingly animated, the alien environments look imposing and the explosions are, of course, rendered in 3D. The world of Quake II is a grim one, full of dimly lit corridors not unlike those of Quake. It’s still dark, it’s still gloomy, and it’s still covered in a haze of dark browns and reds.

The enemies of Quake II are of the cyborg variety – half humanoid / half mechanized fighting machine. One cool thing about these guys is the way they bleed after taking hits. Damage skins are applied whenever a foe loses half it’s hitpoints, giving the player a visual cue on how injured an enemy is. It’s a shame id didn’t take this idea one step further to add different behavioral patters for injured enemies. Picture shooting off a Gunner’s weapon hand, forcing him to go melee at you!

The attention to detail with the weapons is an especially nice touch. Everything, from the way the machine-gun kicks up on you (like it would in real-life) to the way guns sway lightly as you look around, is handled wonderfully. It’s a visual treat to watch the railgun leave a blue energy trail that dissipates. Or let loose a rocket and watch as its flame illuminates the surrounding darkness. On the other hand, it would have even been better if id had applied this kind of detail to the monster damage modelling. The AI of Quake II was supposed to be one of its highlights, yet it ends up lacking. The aliens that you’ll mow down show some initial promise as far as combat goes, yet the majority of times they seem no smarter than the monsters from Quake. Sometimes they’ll do plain old stupid things, such as crouch in the open, which just means you’ll have to aim a little lower. Worse yet, level bosses and some of the more advanced opponents are particularly dumb, relying on brute firepower and extremely thick skins rather than brains. Master circle-strafing and you’ve pretty much mastered the combat system, which is quite a let-down.

Multiplayer matches have their own fast-paced deathmatch levels that are playable through LAN, TPC/IP or IPX-compatible connections. GameRanger supports Quake II and you might be lucky enough to find a stock free-for-all map. But if you really want to get into Quake II’s online scene, you should download the Q2 Server Browser and check out everything the community has on offer. Grab the game and its expansions from here dk.toastednet.org. 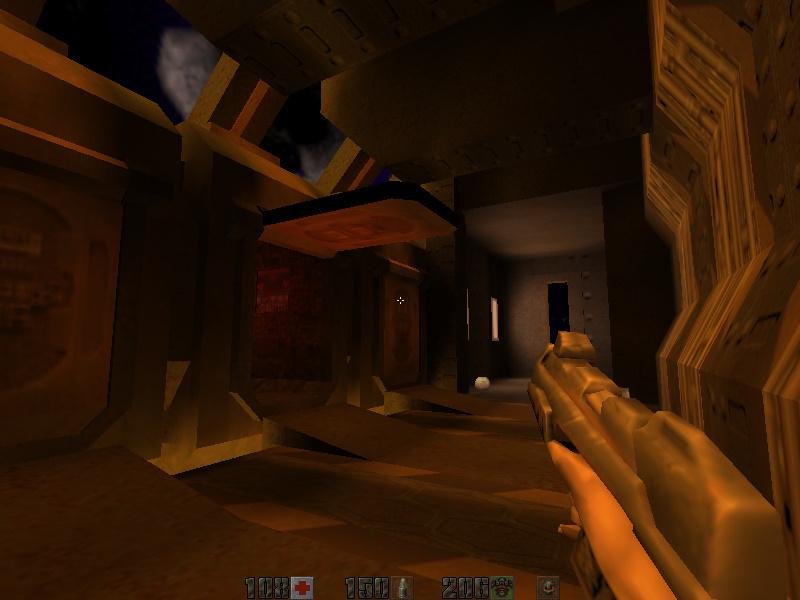 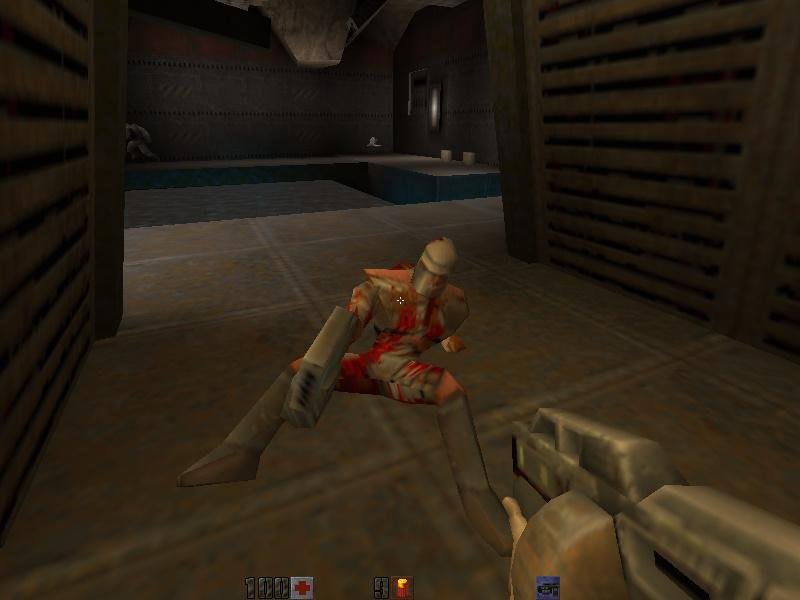