Way back in 1994, gamers were treated to The Lost Vikings, an action-based sidescrolling puzzle game that blended the cooperative strategy of Lemmings with the hop-n-bop platforming action of 16-bit console games. Though it had a few quirky problems, The Lost Vikings had plenty of charm, and gained an impressive following. Some years later and a sequel was finally made.

This time around, the heroic Nordic trio of Olaf, Baleog, and Erik have returned to unload a can of hurt on the pasty alien abductor known as Tomator. Joining our brothers three are the aptly-named Scorch the Dragon and Fang the Werewolf, who add their own unique abilities to the Vikingsâ€™ attempts to kick Tomatorâ€™s squishy butt and get back home. Interaction and cooperation is the key to survival in Norse by Norsewest — one Viking canâ€™t do it all. For example, positioning the brutish Olaf will allow the nimble Erik to hop on his head and reach a high platform that contains an object required to finish the level. Likewise, Fang can shred his enemies with velociraptor-like efficiency, clearing the path of bad guys. The levels are usually completed when you manage to collect the three required items, and get all the Vikings to the exit area. So far, so good. At first glance, Norse by Norsewest may look nice – but there are startlingly few items on the list of improvements. For starters, the graphicsâ€™ hand-drawn look has been scrapped, and Erik, Baelog, and Olaf have been 3D rendered. This wouldnâ€™t be a problem, except for the fact that Norse by Norsewest is very low-res — everyone looks painfully pixelated. The dull backgrounds also show little improvement, though the cutscenes bring the presentation up a notch. To be brutally honest, there isnâ€™t much improvement over the Super Nintendo version of The Lost Vikings.

Of course, to the true PC gamer, graphics matter not — as long as thereâ€™s an adequate helping of gameplay at the core. But Norse by Norsewest offers few improvements in terms of looks or fun factor. One of the biggest headaches from the first title still throbs away — if one of your Vikings kicks off midway through the level, you must restart the board, regardless of the progress youâ€™ve made. And any actual saving is handled through passwords you enter tediously with the arrow keys, making one suspect this was a last-minute console port. 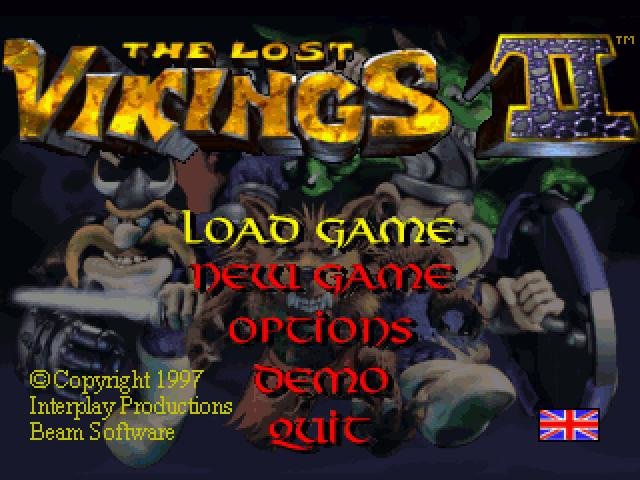