For those who aren’t familiar with Jim, he’s a worm. He runs. He jumps. He carries cows. Even though these games are really unessential (especially if you’re at all familiar with their console versions), there’s something about the gameplay Shiny Entertainment manages to coax out of the tired platform genre which makes these such engaging games. Part of it is the marvelous character design â€“ Jim, and the various denizens of the environments, are incredibly well animated, both literally and figuratively. The other half is the constantly evolving gameplay, which goes from traditional side-scroller to pseudo-3D shooter, to flying, to puppy juggling (don’t ask). 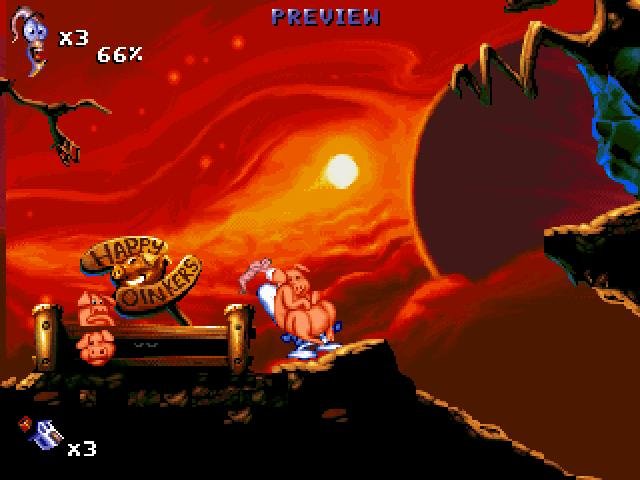