Conquest of the New World is very similar to the old classic Seven Cities game, or the more modern Civilization. Whether this is a good thing or not depends on your point of view. In the game you take on the role of one of five European colonial nations or an imaginary native nation (sort of an amalgam of several different cultures). As the Europeans, you explore and settle the new world, both trying to out-perform your fellow Europeans and deal with the mother country while struggling to carve out your new home. As the Native player you try to form an alliance of tribes to form a Native nation that can stand up against the invading Europeans.

One great thing about this game is the huge variety of options it gives you, especially in the custom games: focus on exploration, colony building, combat, or diplomacy; choose a world that is mostly land or mostly water; give yourself a time limit (or not) or race towards a final score; even turn on or off time-penalties during gameplay. 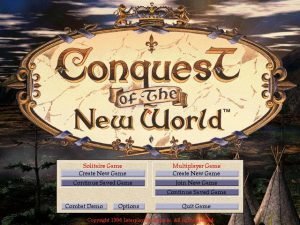 Exploration is a big part and also possibly the weakest. While any units can explore, you’ll use your Explorer units for most of the leg work to uncover the map. You may set your explorer units to continuous auto-explore, wherein they’ll methodically mow down darkened areas. Finding a river or mountain range doesn’t automatically “discover” it; you often have to trace it to a particular point (not always the head of the river or the tallest point of the mountain) before it’s “discovered.” Unfortunately, your explorers aren’t very adept at exploring by themselves (they do a lot of random motions).

Conquest can play a much bigger role in your games than exploration or colony building. You can either do the typical colonial action and beat up on the local natives, or you can go after any other European colonies. The combat mode – sort of a cross between chess and Stratego – is easy, and surprisingly fun. If you want to play it safe and not start open conflicts, then diplomacy and trade can also play important roles. 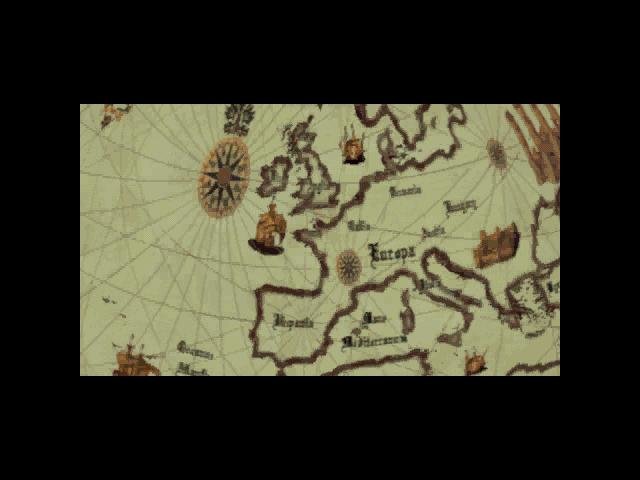 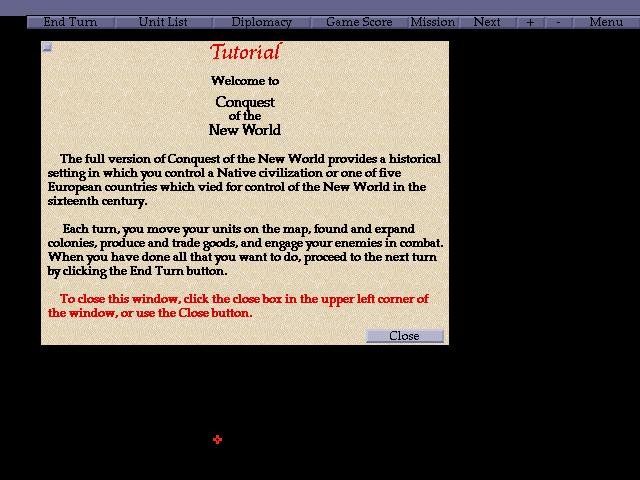 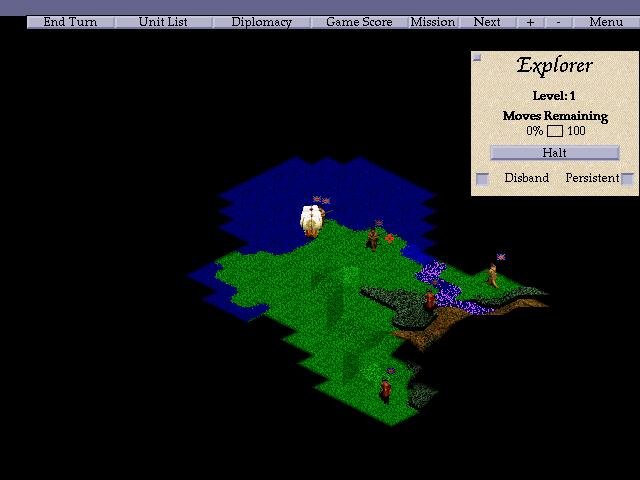 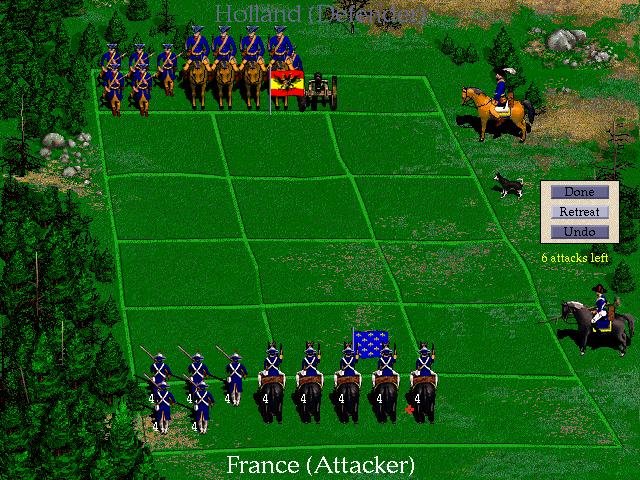 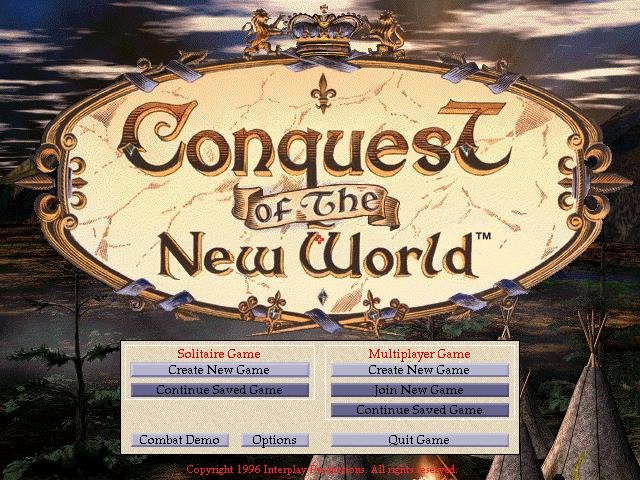 The Rise & Rule of Ancient Empires