NASCAR is one of America’s most important sporting events. To the casual observer, it looks like hunks of screaming metal turning left at the right time. But get in that cockpit and you quickly realize the amount of skill, strategy, finesse and, above all, balls it takes to guide one of these monsters past that glorious checkered flag. Leading the racing pack each year is team Papyrus, and the 2003 edition of its NASCAR keeps its winning streak intact. It retains the developerâ€™s tradition of excellent physics, sharp graphics, and solid artificial intelligence. But be warned, this isnâ€™t an arcade racing game – it’s the real deal.

NASCAR 2003 offers the Winston Cup series in its entirety. Every track is here, including a bonus and fictious Coca-Cola Superspeedway. You can race at some venues at night and you can face off against all but the most casual of professionals. All the big guys are here: Labonte, Earnhardt Jr, Gordon, etc. Youâ€™ll see most of the familiar advertising/sponsorship sights like the M&M car. Once again you wonâ€™t find the alcohol or cigarette advertisements that litter the real NASCAR, but the whole thing is still called the Winston Cup.

The interface is pretty much the same, meaning itâ€™s a bit hard to navigate for the neophyte. Even if you want to just jump right into a quick race, youâ€™re about five or six clicks from the starting gun. The game offers an impressive 10-step tutorial that introduces you to driving concepts and strategy. When to merge, when to gun it, how to handle turns, and how to cut off an opponent at 175MPH without causing the flaming wreckage most of the crowd wonâ€™t admit theyâ€™re actually there to see. Papyrus has revamped the instant replay system so those crashes are even more spectacular than ever before. The graphics are still realistic but not overly flashy. There are some dazzling sunlight effects, but the chrome from nearby cars doesnâ€™t sparkle in that overwrought way other arcade racers do it. It saves most of the eye candy for smoke effects and in rendering the enormous field of cars all taking turns together like flocks of diesel geese. There are plenty of driving aids to help navigate through that chaos, from steering and braking help to the green â€œbest lineâ€ for driving, and the ability to turn on or off things like fuel consumption and tire pressure. Gear heads can fiddle with settings in the garage all they like.

You can even play with the â€œadaptive AIâ€ to make it play as badly as you do, which artificially keeps the game challenging, no matter how much you scrape the right side of your car through every turn. At the highest realism, expect severe and realistic punishment for tapping another car, locking your brakes (which causes your tires to explode), or catching the slightest bit of air. You have to drive like a pro to win at that level, and the realism settings ensure a challenge for any level player.

The AI is very effective, maybe too much so. You never see them make a mistake on a turn, shift at the wrong time, or drift dangerously. They avoid contact with you, and crashes occur primarily due to your own mistakes. This is less frustrating for most players, but less realistic. Multiplayer eliminates that problem, and it supports up to 42 players. In either case, the steady stream of upgrades help make this edition a fine choice in the long line of NASCAR line of racing sims. 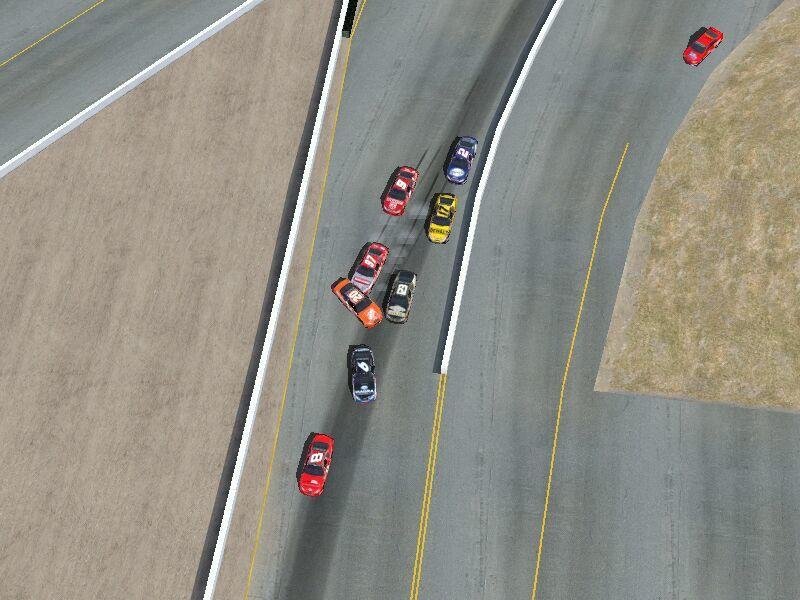 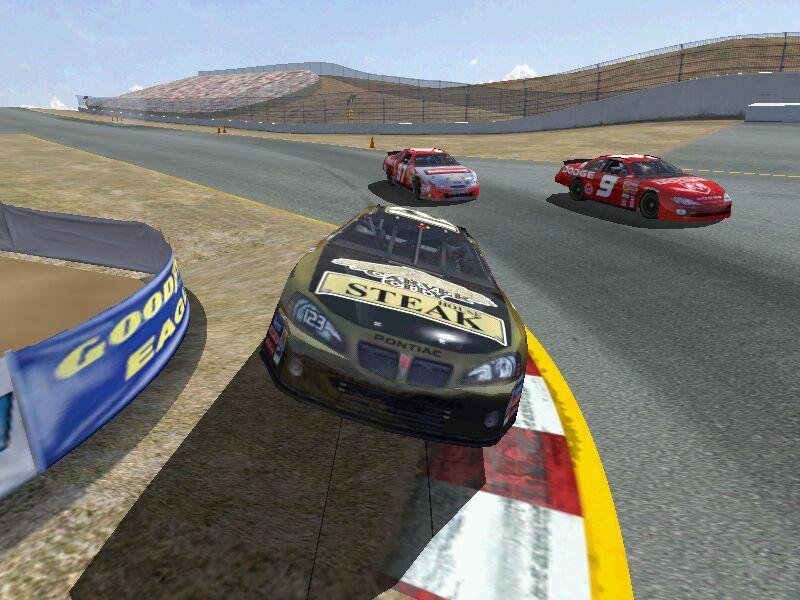