Strategic Command: European Theater is a World War II grand strategy game. You get six huge campaigns based on major turning points in World War II: the Poland invasion, the opening days of Barbarossa, Kursk, D-Day, and so on. Thanks to the ease with which you can experiment with weapons research and diplomatic flip-flops, itâ€™s a snap to set up drastically skewed, even whimsically bizarre variations on the real historical campaigns. 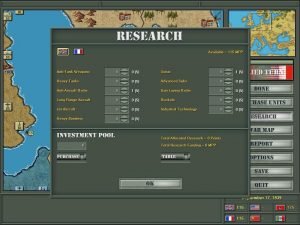 The time scale in Strategic Command varies from one week/turns to one month/turns, depending on the season. Units are corps-sized (cheapest) to army groupâ€“sized (fairly expensive), with options for strategic bombers, air fleets, and (most costly of all) strategic rocket batteries. Each time a technology reaches a new level, its procurement cost grows; I suggest early investment in basic industrial development, especially if youâ€™re playing the Axis. The real Germans, after all, had already lost the production war just several years into the war.

Example: What if Hitler had been rational enough to put Germanyâ€™s economy on a â€œtotal warâ€ basis and waited two more years before invading Poland? He could have deployed jet aircraft three years earlier, built up a strategic bomber fleet equal to Britainâ€™s, and hammered the crap out of London, Liverpool, and Scapa Flow with â€œV-3â€ missiles. The Italians, given the same premise, could have modernized their industrial base and built a fleet strong enough to throw the Brits out of the Mediterranean. Goodbye to Malta, Alexandria, the Suez Canal, and â€” with a modest German assist â€” probably the USSRâ€™s vital oil fields in the Caucasian region.

In short, although Strategic Command is about as clean and elegant and easy-to-learn as a wargame can be, itâ€™s got so many fiendishly creative wild cards lurking just out-of-sight that its replay value is endless. 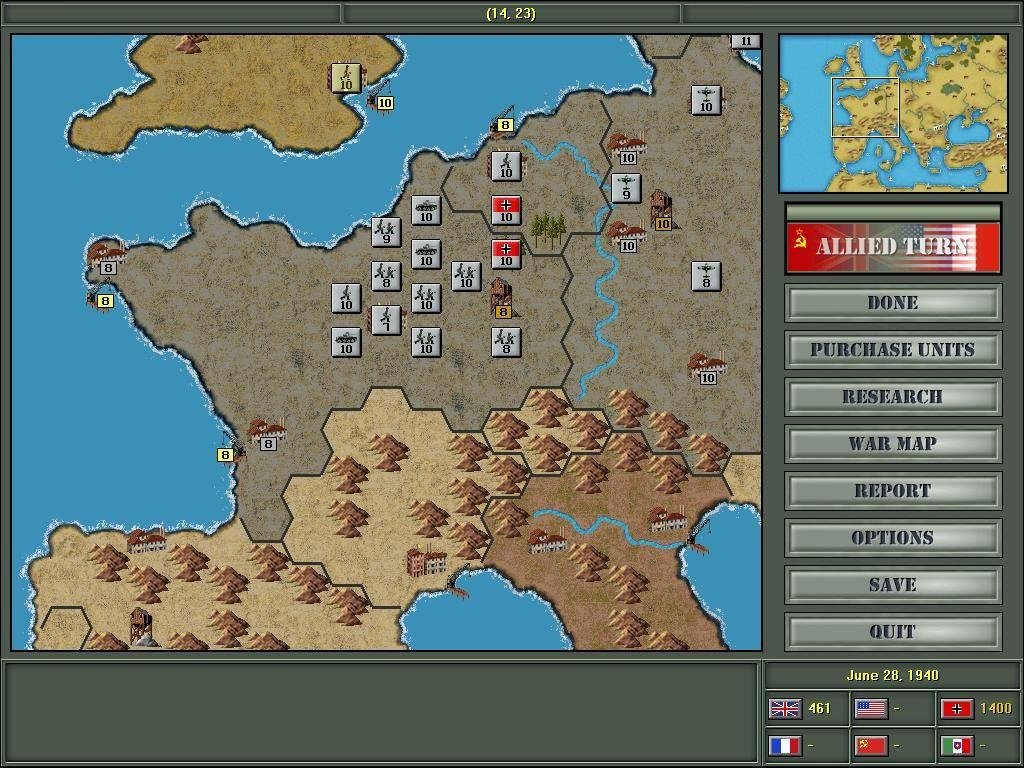 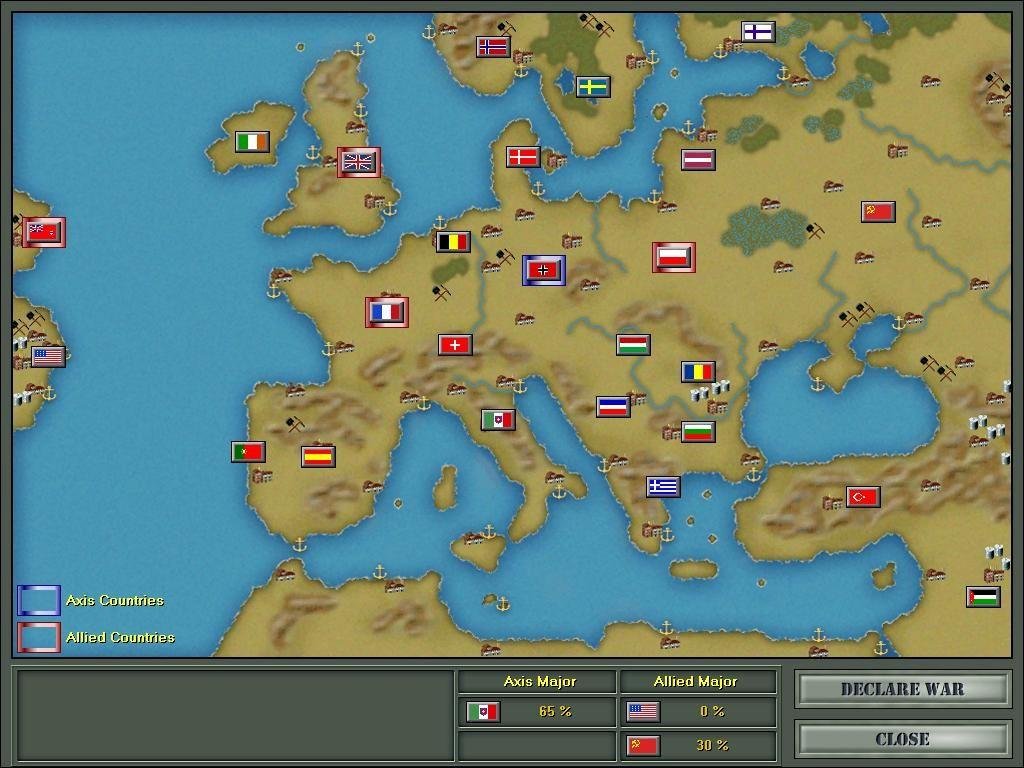 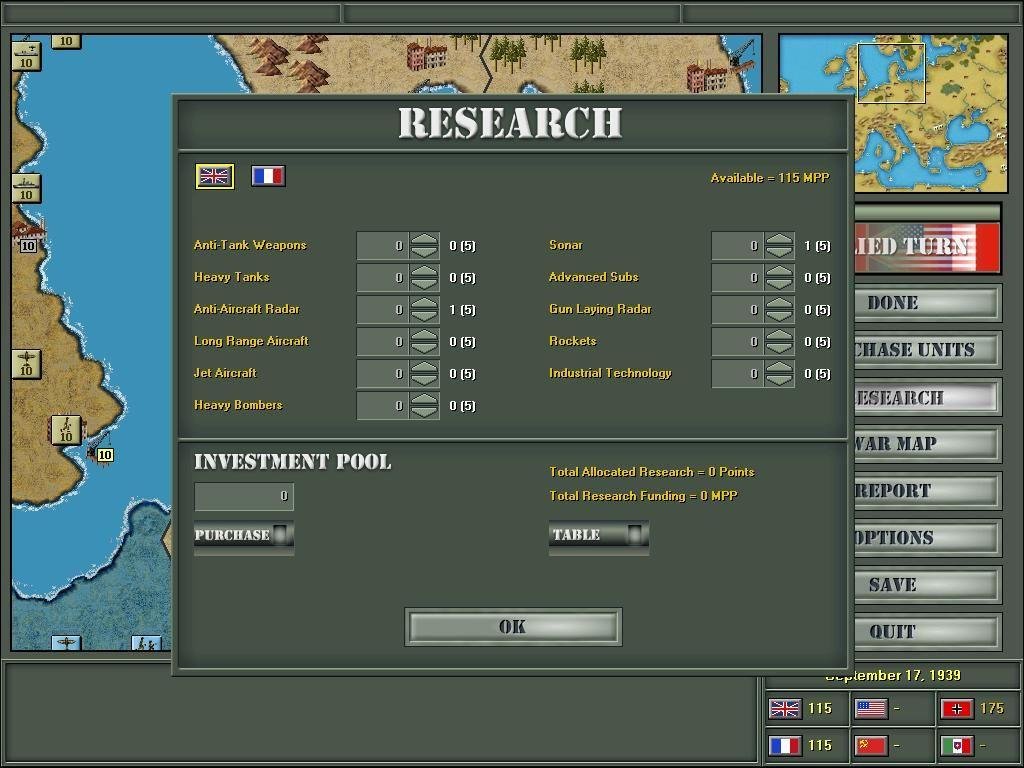 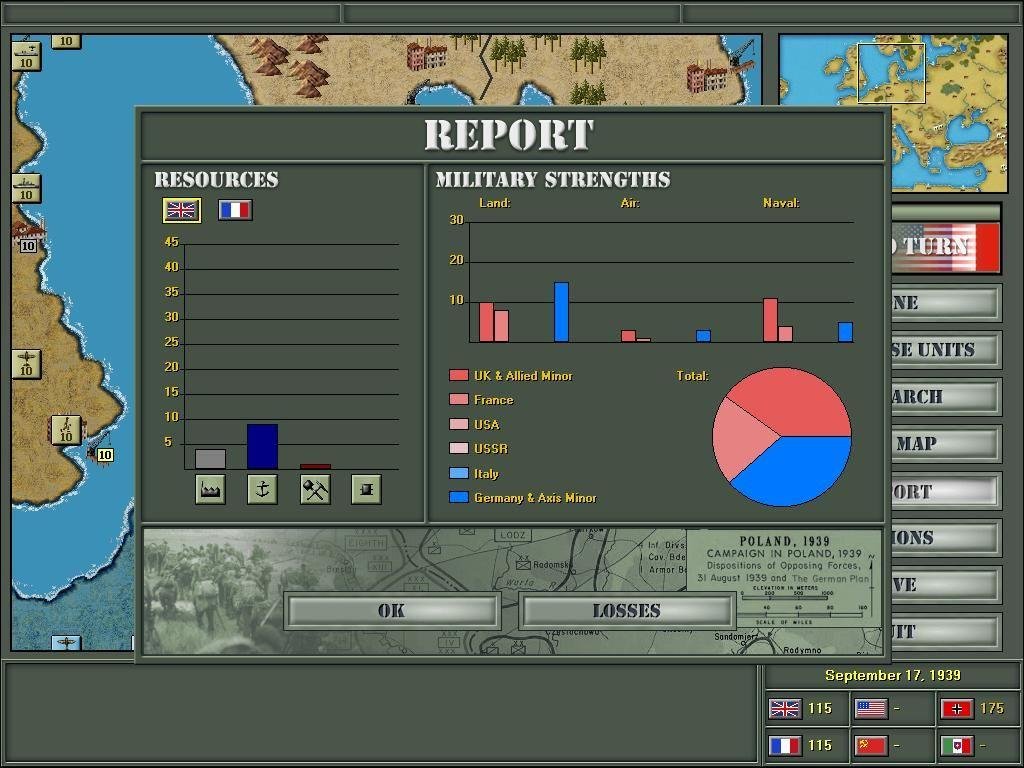 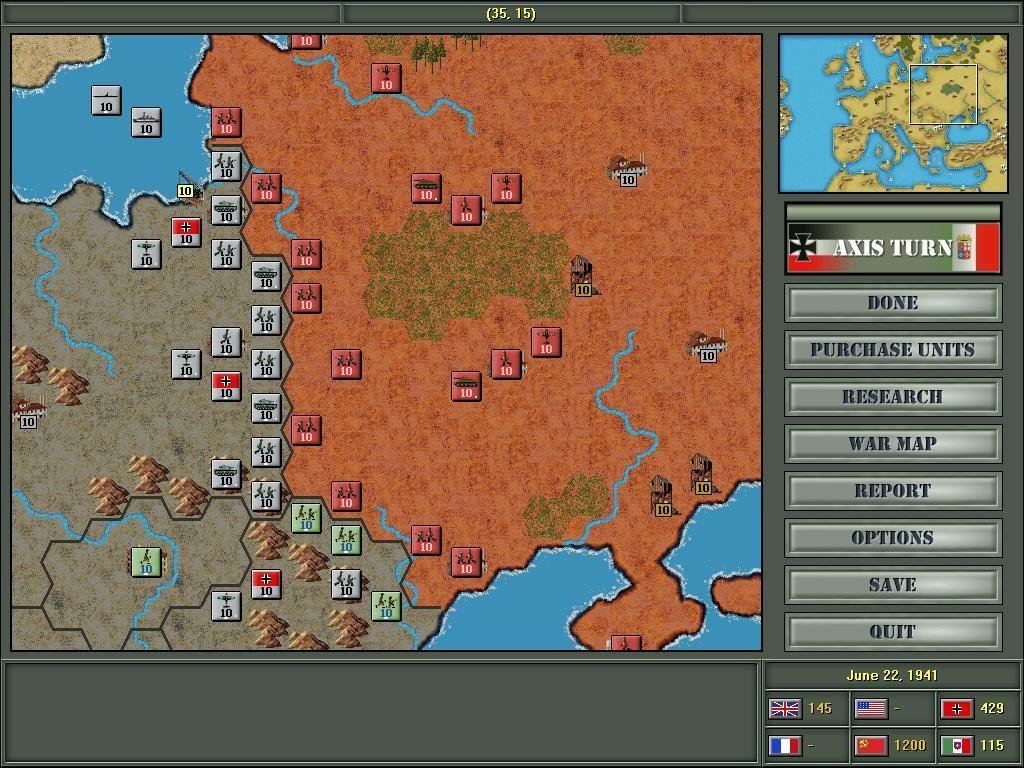