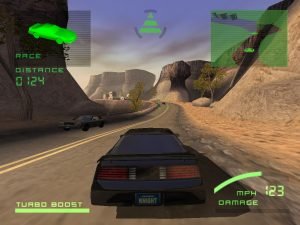 Based on the 1980s David Hasselhoff television series of the same name, Knight Rider: The Game is a lowbrow PC action title from Netherlands-based Davilex Games. As crime-fighting scion Michael Knight, you battle evil from behind the wheel of the talking Firebird named KITT (for Knight Industries Two Thousand). The coolest thing about the TV show was its celebrated opening title sequence that showcased the black Trans Amâ€™s oscillating red â€œeyeâ€ racing toward the camera to synth music. This is the game’s only highlight as well.

From behind the wheel of the Firebird you negotiate your way through 15 linked missions en route to defeating Michaelâ€™s evil doppelganger, Garth Knight, and KITTâ€™s diabolical twin, KARR. As a driving game, Knight Rider is a bust. The control scheme is horrifically oversensitive to any analog input: itâ€™s often a huge struggle just to keep the car tracking in a straight line. (The fact that the vehicle spins instantaneously on a central axis like a wiener on a stick doesnâ€™t help matters.)

KITT is also equipped with a turbo-boost button that lets you leap over obstacles, but this feature is primarily used to bounce you from rooftop to rooftop like some sort of mechanical jumping bean. In fact, much of the game actually plays like a substandard platformer. The few enjoyable driving challenges that Knight Rider does present are fleeting. 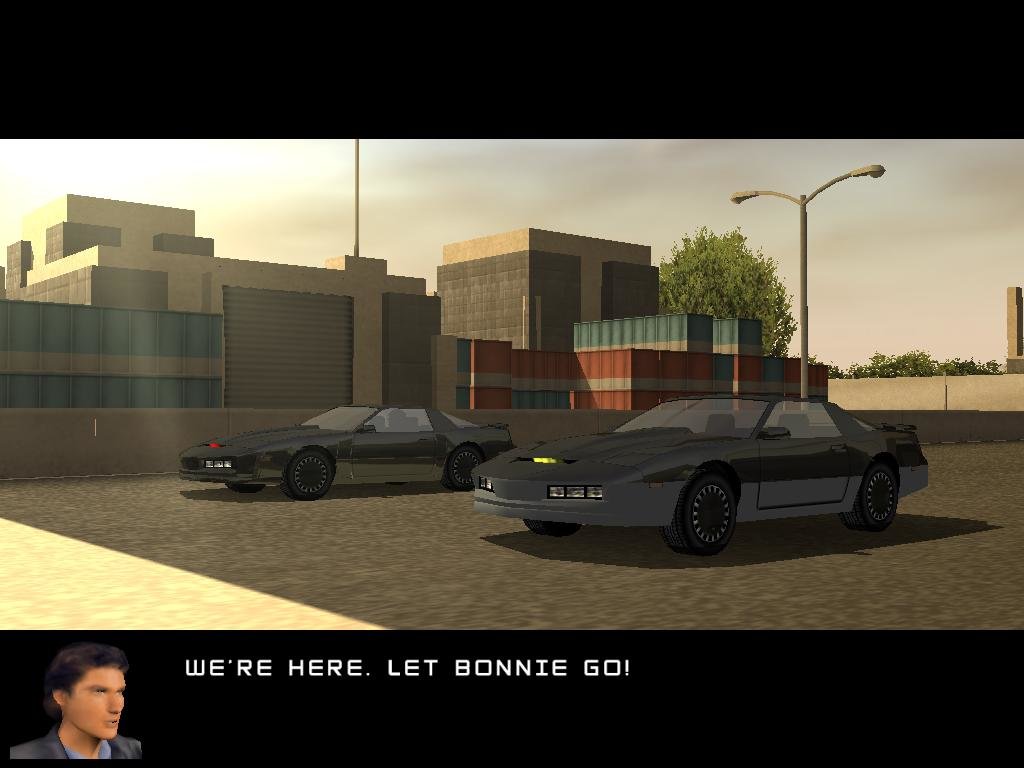 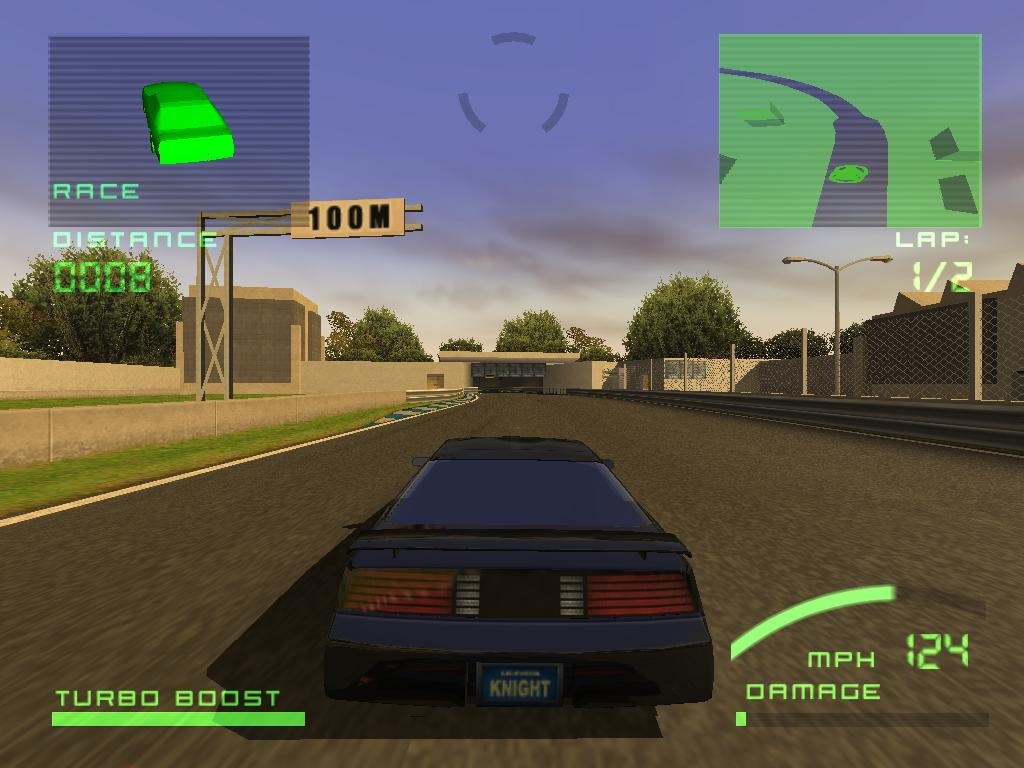 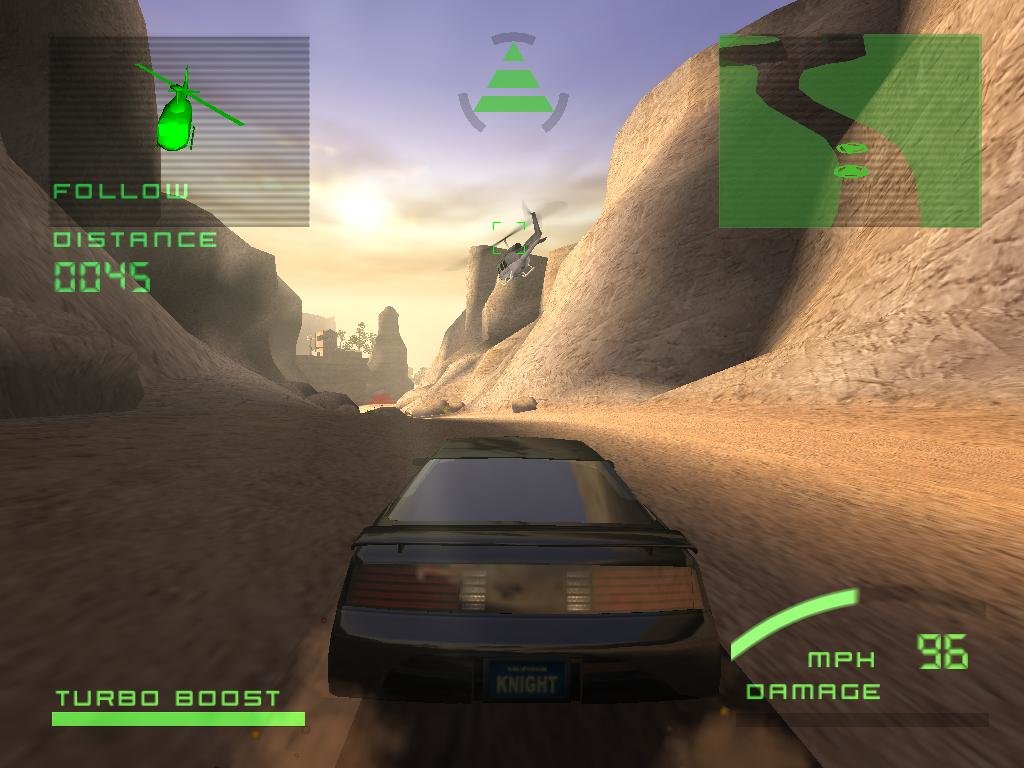