It might look 3D, but it’s actually a rail-shooter.

More expansion pack than actual sequel, the kid oriented Hot Wheels: Stunt Track Driver 2 features the exact same gameplay and style as the previous game. With up to twelve unlockable miniature cars, you go around performing stunts and racing around the clock on huge pre-rendered tracks.

The game is woefully behind the times visually with its low-res, grainy tracks and simple software-rendered poly graphics, being more akin to a mid 90s rail shooter than any proper 3D game from 2000. But for those who’ve found enjoyment with the first Stunt Track Driver, the sequel offers more STD action for the same price. 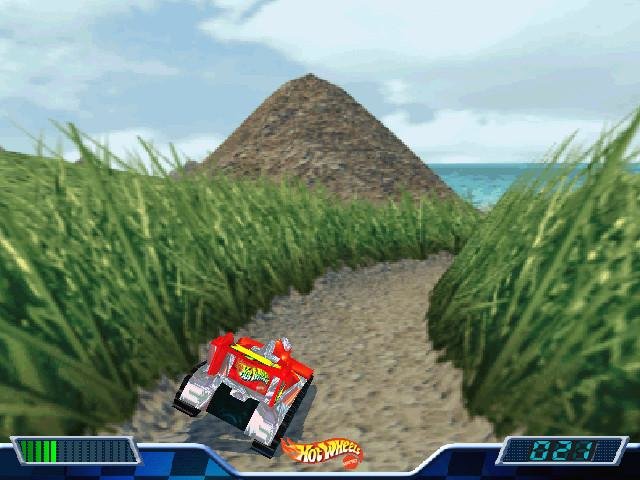