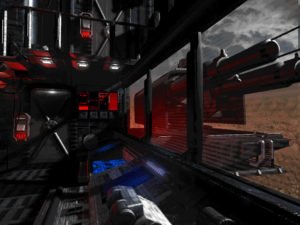 One problem with Heavy Gear is that it isn’t very different from MechWarrior 2. Gears, which are based on an anime-inspired pen-and-paper game, are smaller and more agile than the lumbering three-story mechs. They are supposedly more akin to battle armor, as the intro movie clearly demonstrates. They leap around corners, dodge incoming fire, and grip their weapons with both hands. Yet the gameplay feels mostly the same, which is no surprise considering the MechWarrior engine is largely intact.

Sidestepping is the most significant control addition, but it’s not much more useful than the time-honored MechWarrior strategy of circle strafing, in which you point your torso towards your opponent while moving in a circle around him. Since the AI in Heavy Gear still hasn’t learned to lead its targets effectively, both tactics are ruthlessly efficient against the computer. And since the computer is such a poor shot, there’s not much point in crouching behind what little cover is available. The computer gears seem hard-coded in a few missions to use cover, but otherwise, the sparsely scattered obstacles are useless.

The weapon balance is one of Heavy Gear’s fatal flaws, as there’s little incentive to use most of the game’s toys. Most missions are easily accomplished with the misnamed bazooka or a burst from a rocket pack, both of which are available early on. The terrain doesn’t lend itself to the indirect fire weapons, like mortars and grenades, which are too difficult to aim in the heat of combat. The energy weapons available late in the game use limited ammo, and the bazooka renders actual guided missiles redundant. The many rifles and cannons gears can carry are good for long range sniping, but why bother when you can just let a homing bazooka shell do the work? 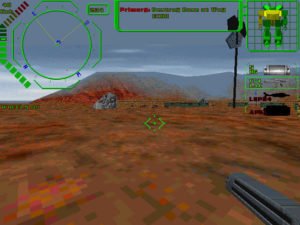 Heavy Gear can be played as a story-driven campaign, but only if you take the term “story” in its loosest possible sense. Although the manual hints at a rich universe, it’s nowhere visible in the actual game. Tours of Duty are a great idea, in which you can play through an abstracted dynamic campaign by choosing different mission types, but the effect of these missions types on the campaign are poorly explained, as are the little upgrades your gear’s AI learns over time. Chalk these up as more great ideas poorly executed.

A lot of attention was put into the gears themselves, which look decent considering the ancient (even for its time) game engine. They’re more elaborate and streamlined than mechs. They also have a wider range of movement, from sidestepping to writhing helplessly on the ground after losing legs. It’s unfortunate that the environments don’t do these lovely machines justice.

Heavy Gear isn’t worse a game than Mechwarrior 2, but neither is it any better. It looks dated, considering the original MW2 came out years before Heavy Gear yet still uses the old engine. In the end, the game is basically MW2 with the FASA license stripped off. 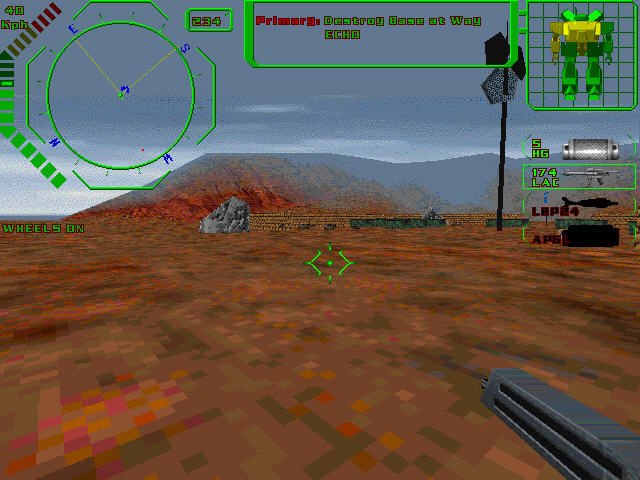 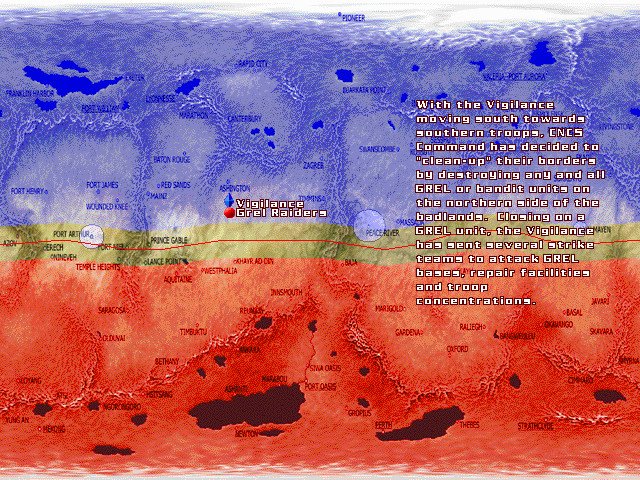 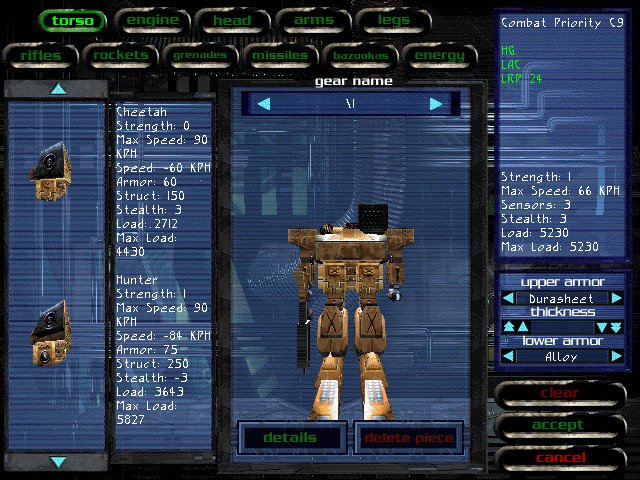