The interface in Great Battles of Hannibal has seen little changed from that used in Alexander, although there are some minor refinements (fired-up cavalry units can now become seized by berserker rage and may pursue a broken enemy formation to the point of exhaustion). The terrain maps are smoother, less “hex-like.” There arenâ€™t quite as many exotic units present as there were in Alexanderâ€™s campaigns (which simplifies command and control to a certain extent). But overall, seasoned players should fit right in.

The major Punic War engagements are included, including two classic battles: Cannae, the epitome of double-envelopment tactics, and Lake Trasimene, the greatest “ambush” in the annals of ancient warfare. Students of military history will relish the chance to re-fight these monumental clashes, and to create plausible variants on the actual events, just to see what “might have been.”

The crucial distinction between Hannibal and Alexander, however, lies in the new gameâ€™s strategic campaign. Once Hannibal has won enough tactical engagements to “conquer” a Roman province, he then receives additional units of garrison troops, which must be deployed, on strategic maps, in such a way as to keep that province pacified by rapidly quashing any rebellions before they get out of hand. Given Hannibalâ€™s perilously vulnerable supply line, and his overriding need to keep up the pressure on Rome itself, this element of game design adds a whole new level of challenge. The system utilized in this pacification campaign is plausible.

There really isn’t much else to say about Great Battles of Hannibal, except maybe that players who’ve enjoyed the previous game should find enjoyment in this new campaign as well. 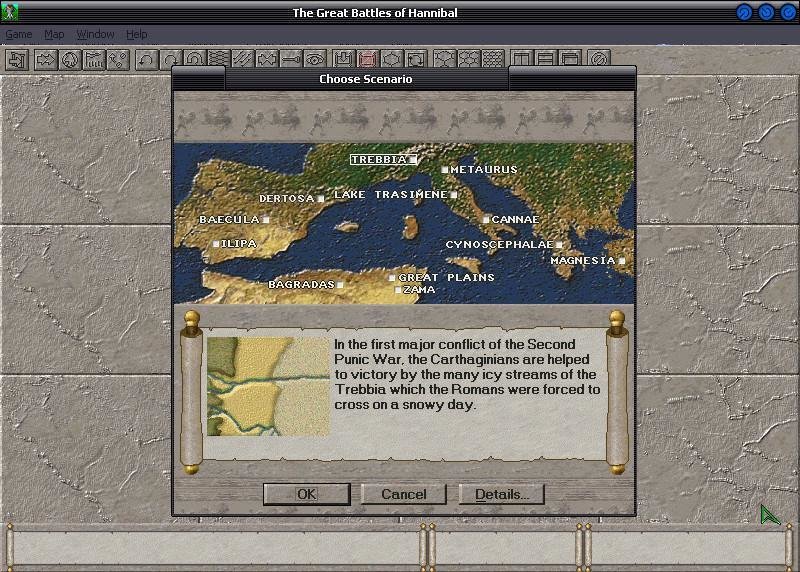 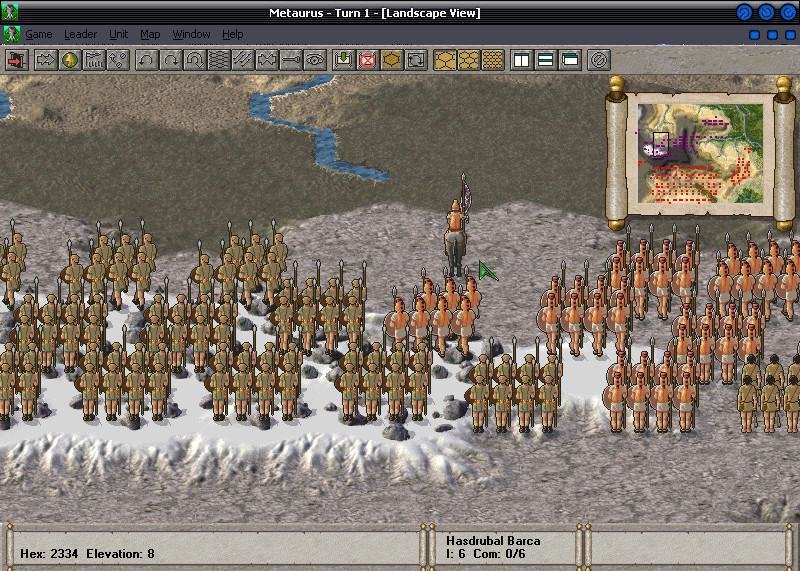