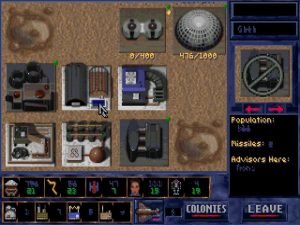 If you want a famous point of comparison with Alien Legacy, that would be Outpost. Those of you who have played through 4x games probably know what it’s all about. But believe it or not, Alien Legacy is actually even more stressful and harder to get into than Outpost, which was no walk in the park either. It can go the point that the game feels more like a job than an actual game. The game has three distinctive parts: global strategy, colony management and searching planets.

The strategy mostly involves sending out ships to new planets to colonize. Research is powered by “research points” in different categories, e.g. biology or math, which are gathered when searching sectors. By using those points the player gets different technologies of various use like more productive mines or a better range for space ships. Lastly the colonies are viewed from a top-down perspective. Here the player constructs up to 16 buildings to produce resources or space ships. Those buildings have to be maintained or can be upgraded/replaced with the newest research achievements. Every colony also needs a steady number of people, material and robots.

Perhaps the main reason why the game isn’t all that fun is because of the mundane nature of the taks you have to undertake in order to run your empire. You can decide where to build factories, but this is mundane since you can place them anywhere. What’s more, the action sequences, where you fly a small probe around looking for minerals, is neither fun nor pretty to look at. 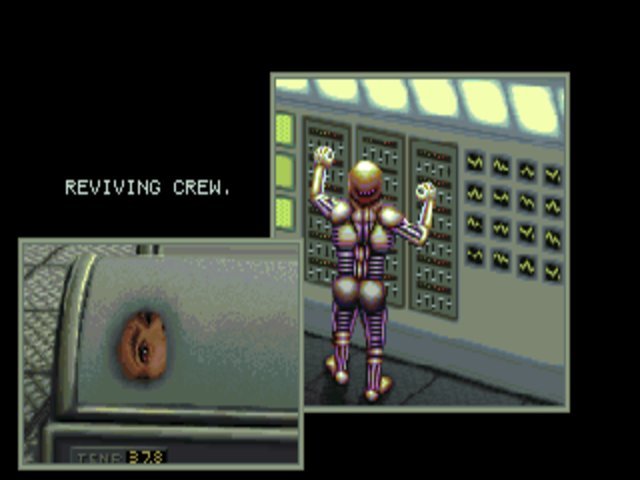