A game of world conquest in the style of Risk, Impressions tries to add much-needed depth to the genre by giving Global Domination a variety of exciting features. These include famous generals from world history (Napoleon, Caesar, etc.) as AI opponents, different modern army types, espionage and sabotage, random revolutions, and tactical-level combat. The graphics are DOS-era but very appealing. Bright, vivid colors distinguish your territory from others.

Despite the ambitious design, Global Domination still falls well short of greatness. AI leader personalities seem to have little impact on gameplay. As was the case with Risk, there is no naval warfare. Global Domination requires an even greater suspension of disbelief than Risk, as the world of GD has advanced fighter planes and nuclear weapons, but not even a single wooden warship! The tactical module is the major Achillesâ€™ heel of this game, though; it doesnâ€™t work well at all, failing to allow the player to use any kind of realistic tactics. There is no network play, so this game is for the solo gamer only. 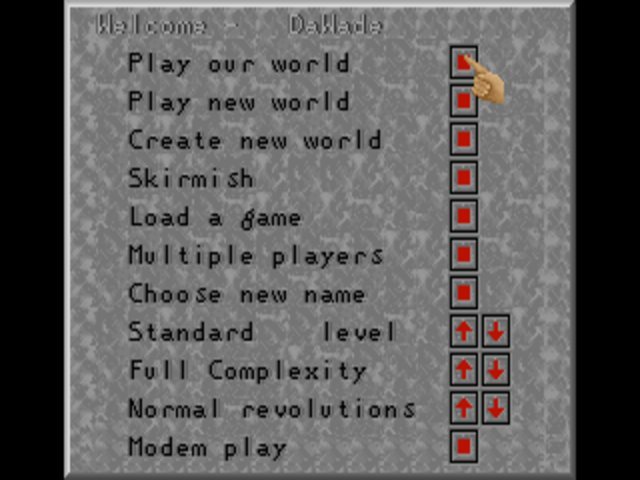 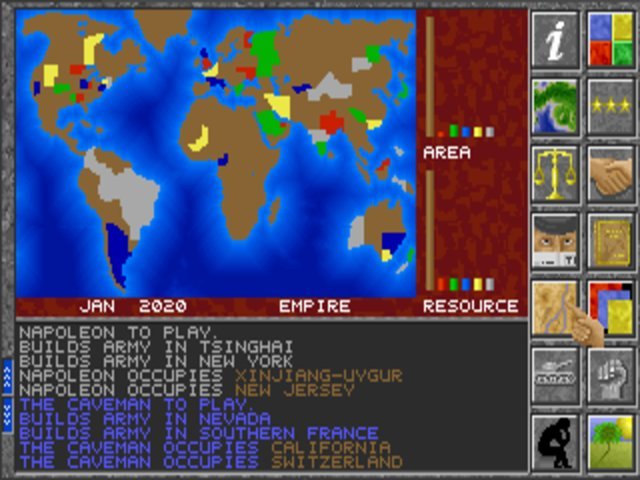 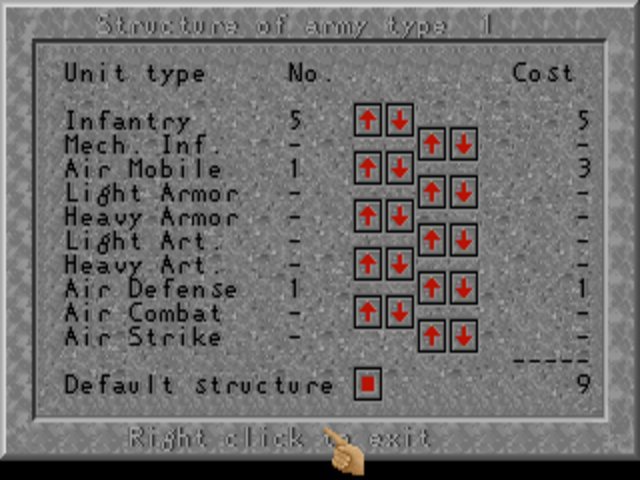