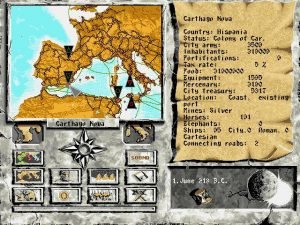 Hannibal is a strategy game that attempts to simulate the First Punic War. Using maps of Europe and the Carthaginian Empire, you must tend to the regular issues pertaining the leading of a large army. Success is based on patient attention to detail, such as keeping your troops fed and maintaining a line of communication. On a strategic level, Hannibal is pretty good. For one thing, it compels you to think like a general would before the invention of radio. The manual does a good job of explaining how the game mechanics work.

Unfortunately, there are no animated battle scenes, like the ones you would see in such games as Centurion. Once you commit to a battle, you can choose between formations, but can’t see the terrain you’re fighting in. The computer breaks down the numbers and comes up with the results. It’s slightly more exciting than watching a dice roll. Or maybe not. 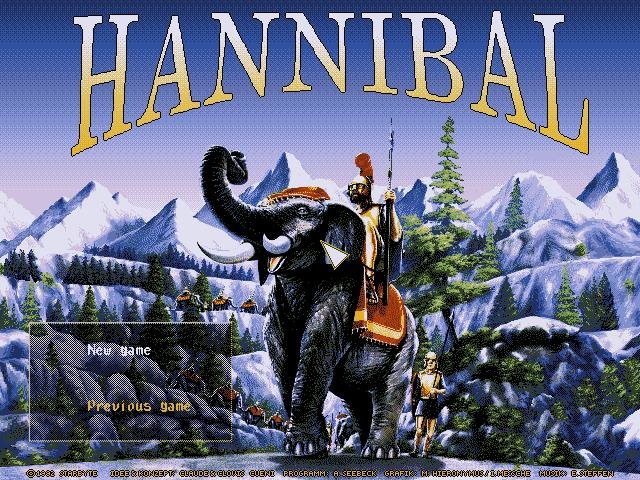 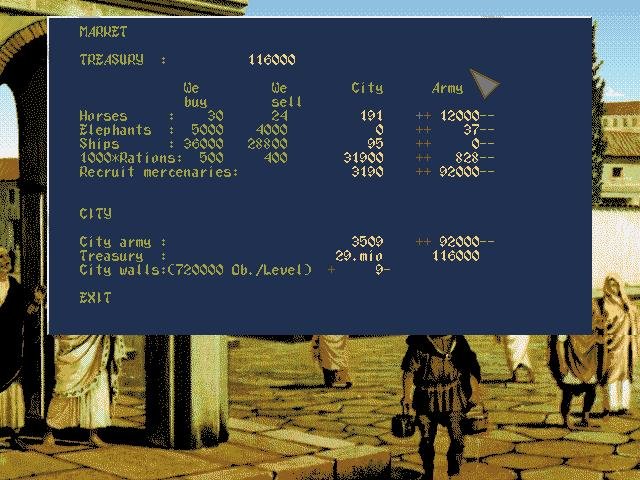