In 1994, there was a graphic adventures that drew upon the themes of duality and good and evil. Gabriel Knight: Sins of the Fathers introduced us to the writer and self-proclaimed gumshoe from New Orleans, who won the hearts of adventure gamers everywhere with his southern drawl, air of machismo and tight jeans.

Sins of the Fathers was a 2D graphical adventure detailing the emergence of Gabriel as a schattenjÃ¤ger and member of the ancient German Ritter line. It walked away with Best Adventure of the Year awards in most circles as did its 1996 sequel, The Beast Within, a full motion video (FMV) release. Most would agree that although the FMV facet of the game was limited in its success, the other production values, not the least of which was returning author Jensen’s handiwork, was a step forward for the series. The plot in Gabriel Knight 3 is just as mysterious as those found in the first two games, with some plot devices being set in real-world history. The game is set primarily in and around the village of Rennes-le-Chateau, France, where Gabriel Knight and assistant Grace Nakimura traced the kidnapping of the son of Prince James of Albany. If Rennes-le-Chateau sounds familiar, it’s because it was the set town behind Dan Brown’s Da Vinci Code, and is altogether a magnet for ancient conspiracies and, in this case, hidden supernatural forces.

Parts of the backstory for this game can be found in Sins of the Father, and as such some familiarization with the game manual is a must if you want to understand the story. Grace and Mosely are back, but there is little explanation of their identities and history with Gabriel. Players that are unfamiliar with the series will have the sense is that they have stepped into a soap opera during mid-season. The game involves solving a mystery, yes, but the mystery should not include figuring out what the author assumes the player already knows. The uninitiated do not know about the schattenjÃ¤ger element, and when Gabriel descends into his visionary dreams, they will be baffled.

Since there is such a plethora of action-adventures that permeate today’s market, someone thought that it would be a good idea to place this story in a 3D environment. The 3D world enables the player to inspect the surroundings with several different camera angles, and also to solve puzzles that require alternate views of the environment. These include things like hiding behind trees or being able to see actions that would normally be out of eyeshot with respect to the character’s physical position. In theory, this is good. The execution, however, is often not. The 3D-character modeling and animation are pretty bad, and the ambient movement is very annoying. One of the best examples of this is how tour guide Madeline Buthane consistently looks toward and away from her fingernails, and time and again thrusts her hand directly through her neck. The character portraits are blocky and lack subtlety and detail. Pathing and navigation are halting and jerky, especially left and right rotation, and characters often walk toward the place that the person with whom they are trying to communicate has just vacated.

Presented as a point-based mystery in three acts, the game is linear in that you must complete X number of tasks per time segment in order to advance the timeline. The order in which you do this is not important, however. You may approach the mystery in many different ways, and will feel a sense of freedom to explore, as you will. As in The Beast Within, you alternate between Gabriel and Grace as playable characters.

Although a few puzzle sequences appear to be included merely to lengthen the game (most notably one in which you follow a chambermaid around from room to room, repetitively opening door locks), the balance of the activity takes the form of gathering information from other characters, and analyzing clues. There are a few technical devices that are crucial to solving the mystery, among them a fingerprint kit, a geographical locator and a pair of binoculars, and SYDNEY – an information database. You will use the SYDNEY computer primarily as Grace, and input and analyze data, spending a fair amount of game time staring at its screen. Although this activity is a bit static, the information gleaned from analyzing the Rennes-de-Chateau enigma via immersion in exploring geometry and maps is interesting. The SIDNEY encounters advance the plot by alerting you about the existence of additional locations that you must explore as the game progresses. As in the previous games, an overhead map interface allows you to travel from main location to main location, each one of which has two or more subdivisions.

In the end, there many low and high points with Gabriel Knight 3. If you enjoy a decent plot and some well designed puzzles, then it’s a catch. But mediocre acting, crude graphics and lackluster characters make it less immersive than it’s 2D progenitors. 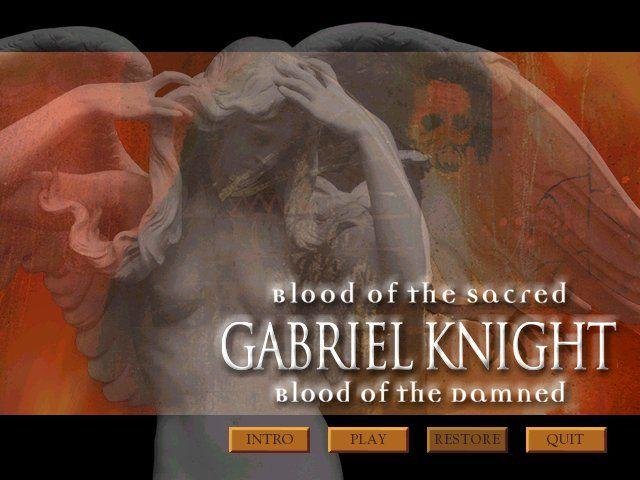