If youâ€™re an avid adventure game fan who simply canâ€™t get enough of them and you have chores and woes to escape from, then you might not cringe all that hard if you take a look at The Black Mirror from Czech developer Future Games. You play Samuel Gordon who, after the death of his grandfather, returns to his home estate called, go figure, The Black Mirror. Was his death caused by suicide? Murder? A supernatural force?

This is a pretty mundane murder mystery with some horror tones, though you’ll never really encounter any real danger (which isn’t surprising, considering we’re in point and click territory). Good idea using the haunted house motif guys (we haven’t seen that a million times), but even with the glitzy visuals you’ll never really be drawn into this mystery game for very long. You find yourself wishing that Jane Jensen and some of the Gabriel Knight developers could have had a hand in The Black Mirror, but alas.

Part of this is because you really hate the characters. Actually, you really hate listening to the characters, which only makes you think you hate them. Itâ€™s tough to imagine more wretched voice acting, which is a shame in a story-based game that really forces you to pay attention to the dialogue. The writers try to create an interesting â€œtragic flawâ€ for the protagonist by instilling him with guilt over a fire that claimed his beloved wife, but it simply doesnâ€™t stick. The overall story does have potential, but never quite draws one in. The Black Mirror isn’t high on substance, but it does have some beautiful scenery.

There are pluses, however. The 2D environments are great looking and run flawlessly on even the slowest system, and you wonâ€™t cry yourself to sleep aching for a walkthrough. The puzzles are logical, whether inventory based, character based, or Myst-like (â€œmanipulate-this-unusual-deviceâ€ mechanic) based. In fact, itâ€™s these two features that redeem the game – the variety of interesting-looking locations, and the extremely intuitive and easy-to-use interface. Weâ€™re used to pixel hunts in many adventure games, but thatâ€™s minimized here. If you really need your adventure fix, and donâ€™t expect a lot (because you wonâ€™t get it), this might be a short-term remedy. Itâ€™s not terrible at all, just average at best. 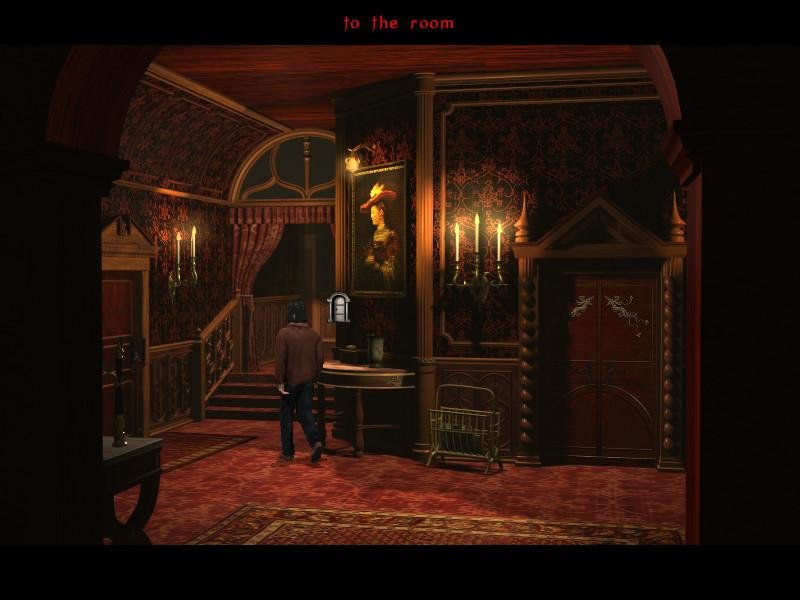