Frogger actually has a long history on the PC. First appearing as an arcade game in the 80s, it was remade by Konami in 2002 (Frogger Beyond) and then again with Frogger Adventures one year later. The game is still a top-view platformer tailored for a very young audience. The game world is beautifully bright lit, and both the easy gameplay and cute characters make this title kid-centric from start to finish. With that being said, it’s not really a bad game once you get used to the controls. Just remember that this is a console port, so owning a gamepad is almost a requirement. The keyboard controls simply don’t cut it. Even after hours of practice, they just feel too clunky for comfort. Once you start the game, you go through the tutorial level that teaches you the basic moves quite effectively. Gameplay is a mix of arcade and action elements, with lots of jumping and collecting coins. There isn’t any combat though – Frogger always has to avoid enemies instead of fight them.

While the game environments are in full 3D, the levels and your movements are spread across a very predictable grid pattern, so when you press the forward button, you jump one square forward. You also have a longer jump, a tongue attack which snatches and moves obstacles, and the ability to turn. It’s bewildering at first, but becomes easy after a little bit of getting used to. People who have played Frogger Beyond will find this scheme familiar.

But the game is pretty unforgiving for struggling players. With a limited number of lives, you can’t afford to screw up that often. There is no health meter and as such any mistake will instantly send you to froggy heaven. Even so much as falling in the water kills Frogger. Fortunately there are checkpoints spread far and wide, in keeping with the game’s console heritage. Alongside the story levels you also have a Challenge Mode. The Challenge mode lets gamers play through 28 levels from the Story mode in one of three variations. Time Attack has you racing to the finish for the best time while Coin Attack has you grabbing as much coinage as possible. Step Attack is a very challenging mode where you have to reach the end of the level in the least amount of jumps.

Frogger Adventures is a kid-oriented game in the end, but the unusual control scheme will make it a challenge for most kids. The vibrant colors and cartoony characters might be enough to hold their attention, and the game actually does become more fun the more you play it. 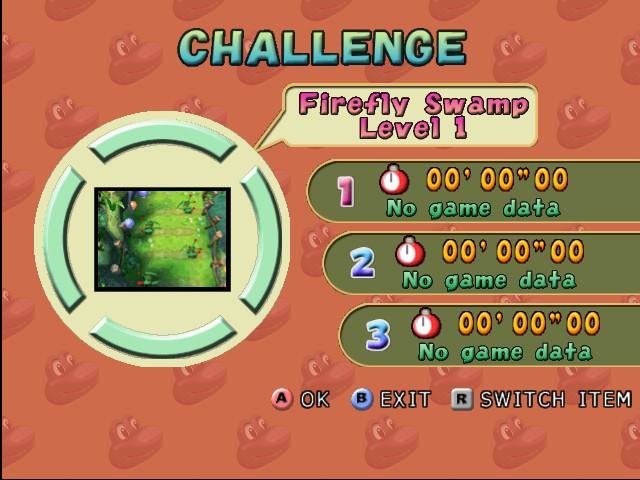