The Story of Civilization No, this bears no relation to Sid Meier’s Civilization. This is actually a digital transition of Will and Ariel Durant’s The Story of Civilization, a multi-volume compendium that stretches across the ancient world all the way to Napoleon (the volume was meant to cover all of human history but was never completed). This version, made for Windows 3.1, offers over 800 illustrations, 40 minutes of audio and 28 minutes of video. It’s a program that is showing its age, but works fine on Windows XP all the same, offering an extensive volume of historical information. 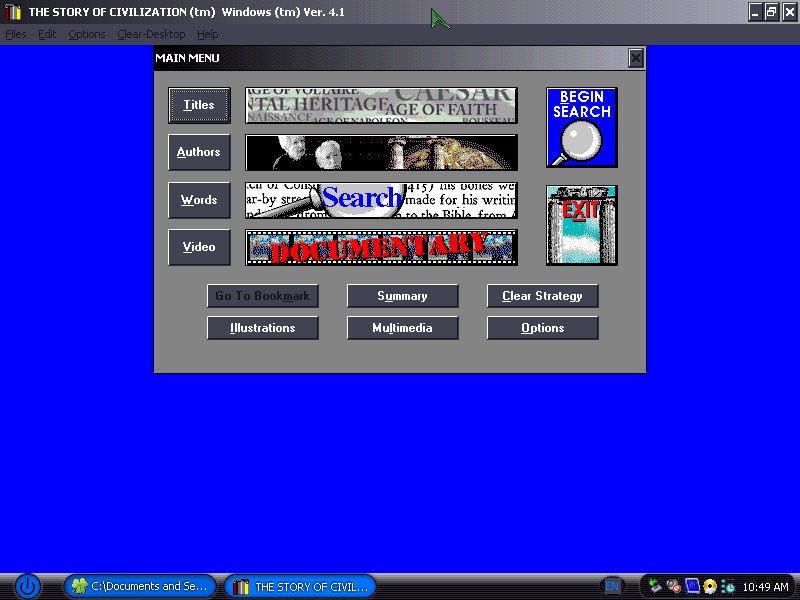