Flying Fly is a bit of a headache.

Fly! is a sim that excels in a few areas and lacks in others. Despite the disappointments, though, it’s definitely worth checking out if you’re interested in learning what’s really involved in flying a plane. The hefty box contains a fat manual (280+ pages), an addendum booklet, a key card, and a big jewel case with the game’s three CDs.

So why the hate? Some of the scorn stems from the terrain system. It’s ambitious – the entire world is represented using a Global Digital Elevation Model, so whether you want to fly over the Rockies or the Alps, they’ll be there. Also, more detailed satellite scenery is available for San Francisco, Dallas, New York, Los Angeles, and Chicago. Allegedly it’s got 30.000 airports in 200 countries around the world.

Unfortunately, the 3D terrain and textures aren’t detailed outside of the five main areas unless you’re anywhere lower than cruising altitude. So sharp cliffs become sedate hills, and cities are represented by generic gray blotchy textures. The high-detail cities fare much better, with 3D buildings, more precise terrain and better-populated airports. The planes themselves look detailed and the clouds, interestingly enough, look quite good. 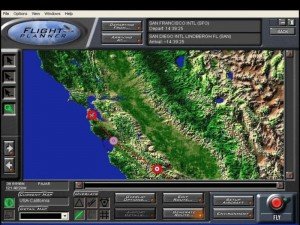 Aircraft include the Beechcraft King Air B200, Cessna 172R, Piper Malibu Mirage, Piper Navajo Chieftan, and the Raytheon Hawker 800XP. You can change the fuel and passenger loadouts of each plane, actually altering their centers of gravity. Flight models feel good in normal performance realms. The cockpits here are nothing short of stunning. Every switch and gauge is represented in the correct spot. For the real-life or wannabe IFR pilot, the fully-functional Garmon GPS and other instruments make for engaging instrument flight practice. Or they do after you apply the patch, at any rate.

The initial release of Fly! was obviously forced out the door by a hard deadline. Among the bugs were reversed localizer and glideslope needles, panel buttons and sim controls that would stop responding, radio problems, and various other bugs. Overall, there’s some value to Fly!’s ambition. Instrument panels are modeled with great detail, and the sectional maps are much appreciated. By all means this is a buggy but all the while tolerable and notably detailed IFR sim. 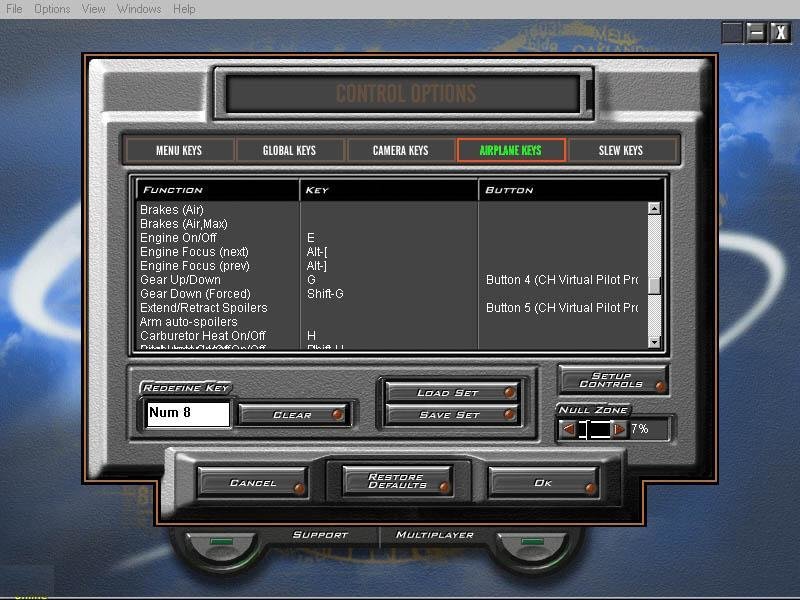 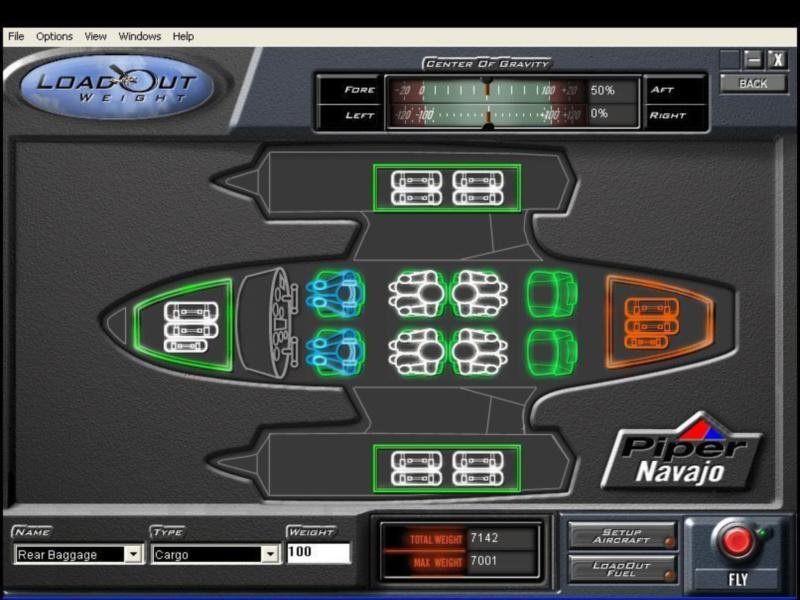 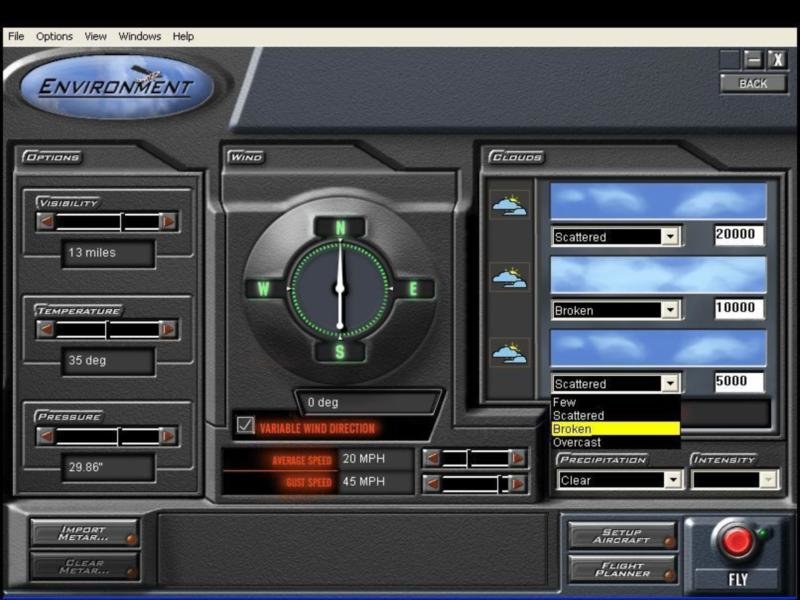 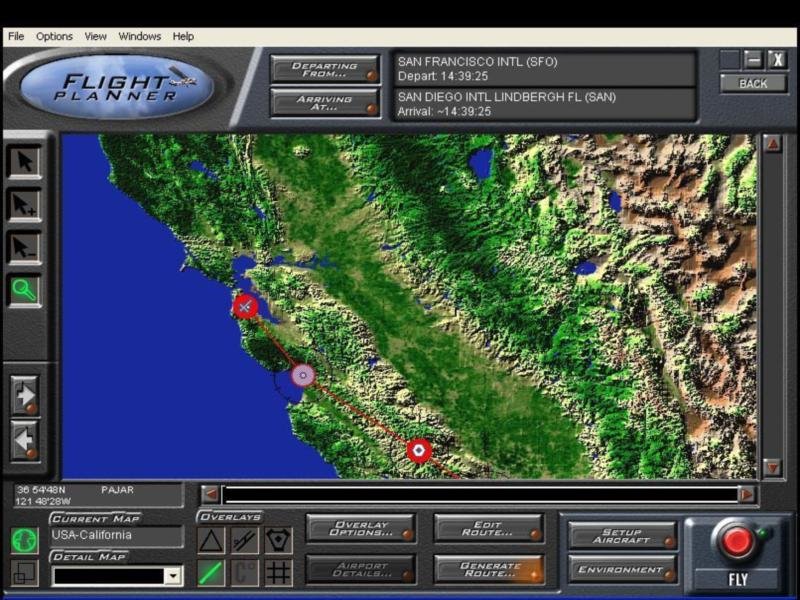 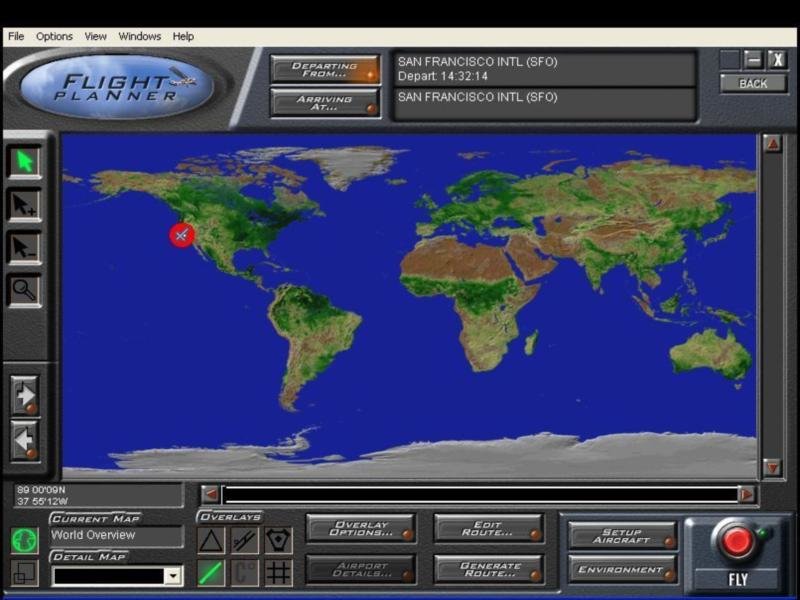