Farscape was an Australian space-opera import shown on the SCI FI Channel and produced by The Jim Henson Company. Here we have Farscape: The Game, a team-based action role-playing title that plays much like Dungeon Siege but without any interesting RPG elements â€” or amazing graphics. The plot is set up like an average episode of the TV series: Moya is attacked by the Peacekeepers, the crew is split up, and then they bicker amongst themselves, kick some ass, and take back the ship. At the beginning of the game, Crichton and Chiana have escaped Moya in a commandeered ship, only to crash-land on an uncharted planet. Much of the game is spent controlling these two characters; however, as the story proceeds, other crewmembers are â€œfoundâ€ and join your ranks (up to three at a time). You can switch between the characters at any time and the computer AI handles party members not under your direct control. The story is tightly linear, though, so you canâ€™t select which characters you use.

As in an RPG like Diablo, your party chats up the townsfolk, takes on missions, kills monsters, and collects hides and furs to trade. The difference is that since youâ€™re playing as established characters, your skills donâ€™t improve over time. You can buy better weapons, and each character has unique specialties. But the main emphasis here is on combat, and it’s terribly dull and repetitive. Alien hordes stomp, stagger, and scurry around, you shoot and strafe, and then you start the whole process over again while hurrying on to the next objective (like activating a generator or opening a locked door.)

A handy mini-map points you in the direction of mission objectives. I only wish the camera could zoom out a little farther: itâ€™s fine for close combat but useless when you want to see further into the distance. The map isn’t detailed enough – it lists terrain that you can walk on and terrain that will block your path, but nothing else.

Farscapeâ€™s 3D graphics are also mediocre and drab, unfortunately. This isnâ€™t like the TV show, where you have a limited budget for set design – glitz it up! But no, it doesn’t contain much of any glitz. More work definitely couldâ€™ve gone into sprucing up the sparse environments. Perhaps fans of the show can appreciate this game, but for anyone even vaguely familiar with even half-decent ARPG gameplay, it’s a no go. 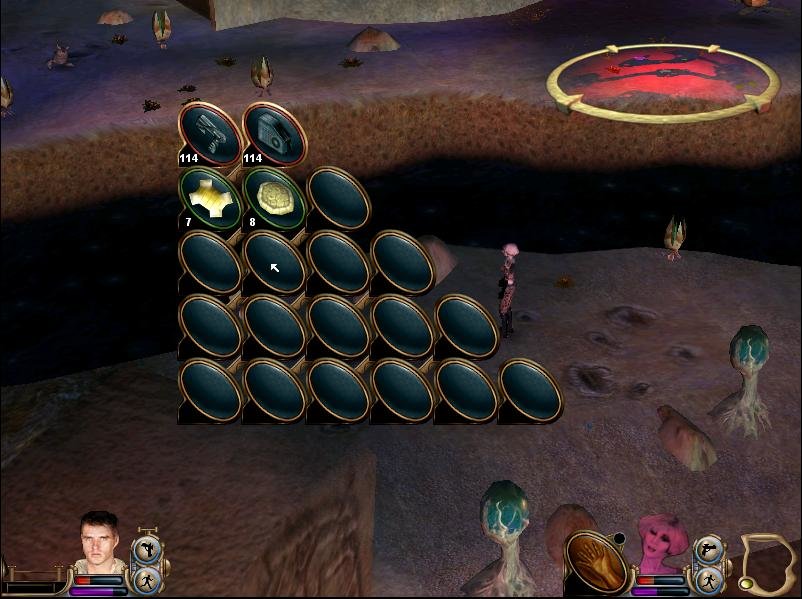 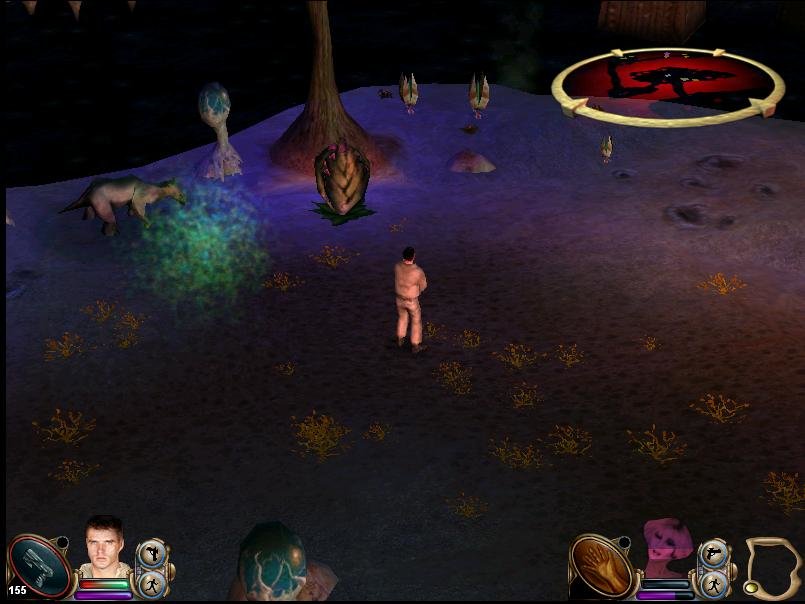