Taking the same route of Comanche 4, Delta Force: Black Hawk Down ( BHD ) trades in any thin pretense at realism for straightforward, intense and highly scripted action. The set stage is Somalia during the ill-fated US intervention of 1995, owing more than a few stylistic touches to Ridley Scott’s epic war film with the same name (which anyone ought to see beforehand). As a Delta Force game, though, Black Hawk Down is completely different from anything the series had yet to offer. 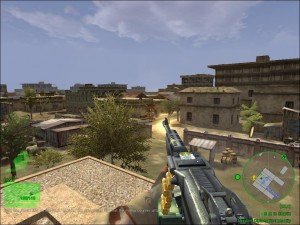 In one of the final levels you defend against waves of incoming rebel soldiers and assault vehicles.

Voxels have been scrapped entirely, and in their place is an engine that can handle both amazing terrain (complete with grass, trees and reflective water) as well as convincing urban environments (a decrepit Somali town actually looks like a town, and not just a litter of buildings sprinkled in the middle of nowhere). There’s actual purpose, surprise and a cinematic edge to every mission. One moment you’re mowing down hordes of untrained rebels from a speeding convoy, the next you’re blowing up a bridge before an enemy group reaches it, then you hop into a helicopter and spray minigun death from above. Almost every single mission advances at this breakneck speed. It’s not realistic, but at least it’s fun.

The singleplayer portion is loosely based on the exploits of a US Army Special Forces unit operating in and around Mogadishu, offering a campaign comprised of twelve chronologically tied-in missions. The scripting is a lot more rock-solid here, which is cool the first time but also makes for poor replayability. And while the game environments do look huge, the missions themselves are fairly linear and allow little room for deviation. Usually there’s only one path from point A to point B, and only one way of accomplishing an objective. This counts as birdspotting in Somalia. The M134 Minigun is wicked fun. But at least one aspect of Delta Force games got carried over, and that’s naturally the knucklehead AI. You probably won’t notice it when mowing down dozens of rebel fighters (most missions throw at least 100 your way), but when you’re handed your own cracksquad of Marines to babysit, things will go downhill pretty fast. They do the most suicidal of things, like rushing in your line of fire as your shooting, forgetting to take cover or simply ignoring enemies right in front of them. Sure the AI overall is much better than before, but it still needs a ton of work to pass as ‘smart’.

Black Hawk Down could have been even better if it had more missions and a less flaky AI, but as far the series goes this is about as good as it’s going to get. The team behind it all obviously gave it their best in trying to offer something fresh, and to a greater extent they’ve succeeded in their mission. 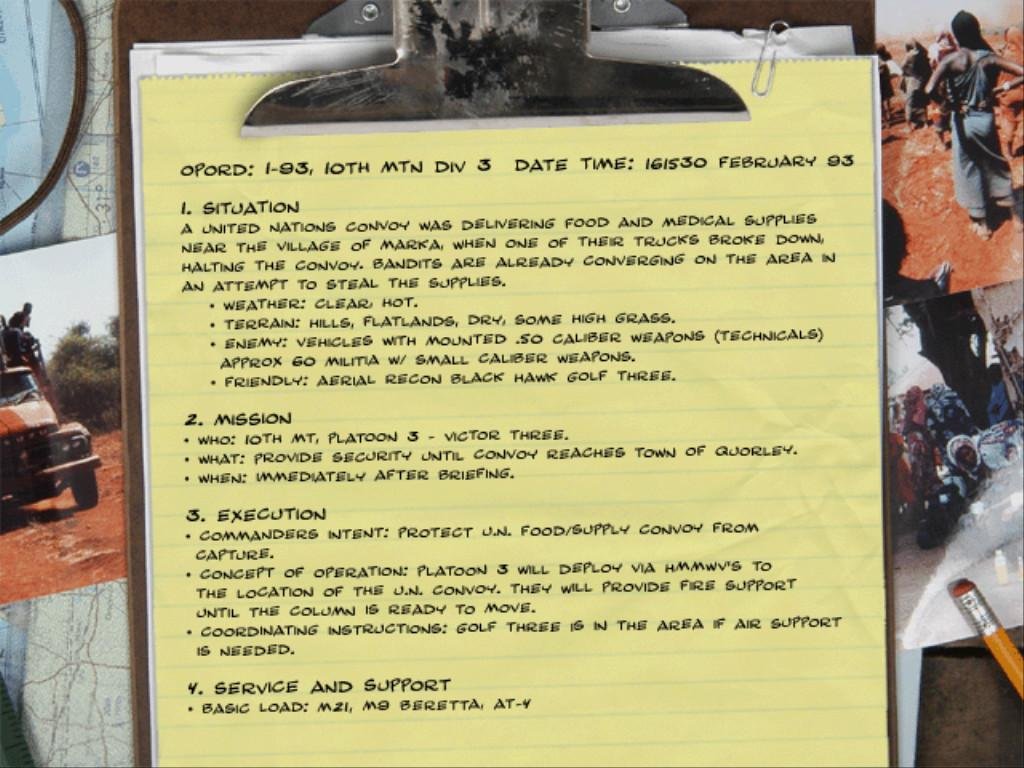