Here you play as Kyle Blackthorne, a former U.S.M.C. officer turned mercenary. Well, thatâ€™s only partially true. In truth, Blackthorne is the son of King Vlaros, one-time ruler of the other-dimensional land of Tuul, and his life as a marine and hired gun has merely been training for his ultimate return to Tuul. When Blackthorne escapes the M.P.â€™s guarding him and flies a stolen helicopter to apparent safety, he finds himself thrown back into Tuul. His mission — to free his people, the Androthi, from sorcerer Sarlac, leader of the evil and Kaâ€™draâ€™suul and murderer of Blackthorneâ€™s father King Vlaros.

Blizzard has done a fantastic job of animating Blackthorne. You see your character run, crouch, shoot, jump, climb, and roll his way through 17 levels just chock-full of enemies and obstacles. There are a few puzzles thrown in — mostly of the step-on-this-plate-to-open-that-door-to-get-a-key variety — but the focus is decidedly on shootinâ€™ and runninâ€™ and jumpinâ€™. The enemy animations, however, arenâ€™t quite as good those for the hero; in fact, foes hardly move at all. 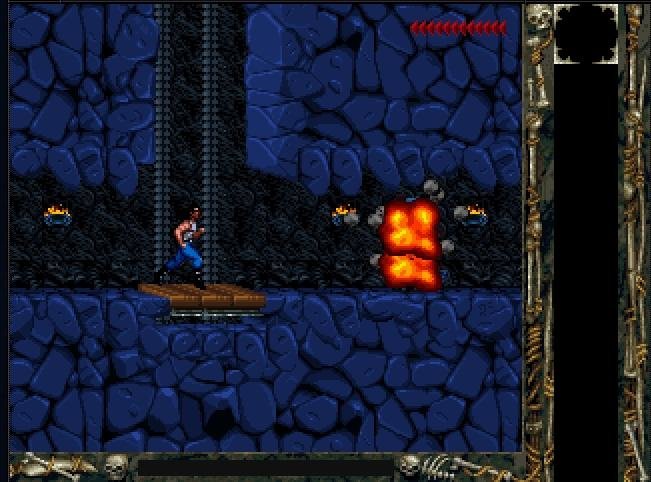