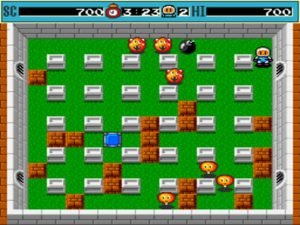 Bomberman was released in Europe as Dyna Blaster, but the base gameplay from the original Japanese version has remain unchanged. The premise requires little introduction. You go around levels viewed from a top-down perspective, place bombs, destroy walls and blast enemies. Cutesy bad guys patrol throughout each level and have various powers. The main challenge (as far as combat) is timing your bomb blasts so that they walk into it, a trick that is a bit harder than it sounds. The game contains nine levels per stage and several boss levels.

You can upgrade the blast radius of your Bomberman’s bombs when you pick up special bonuses hidden under destructable walls, but if you die, everything gets reset and you have to start collecting bonuses all over again. The range of bonuses you can find is nice, gradually giving your little guy wall-walking abilities, higher speed or multiple bombs. With the latter you can chain explosions and blasts away large parts of the level. 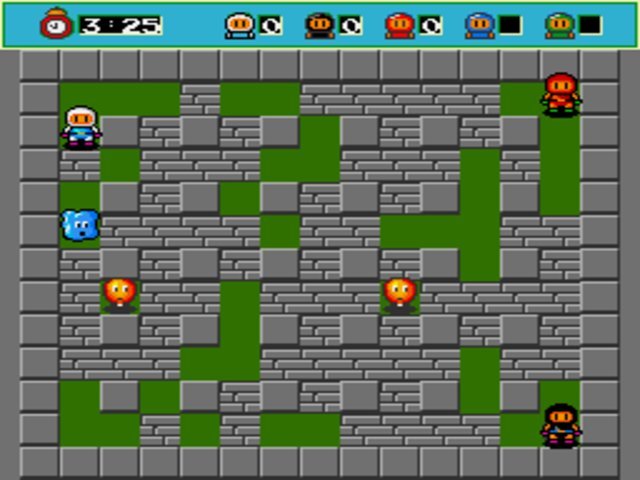 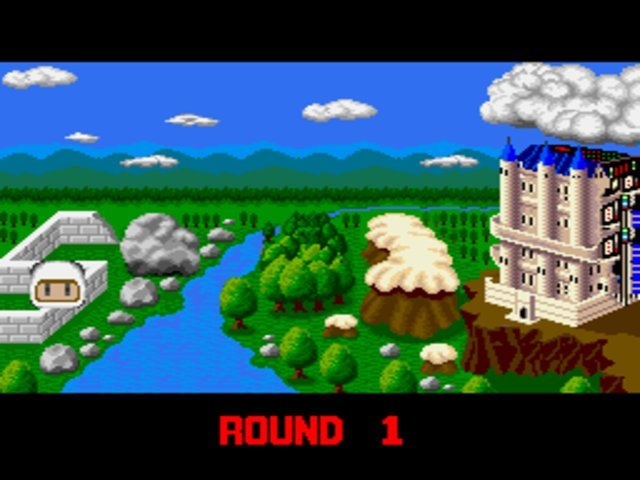 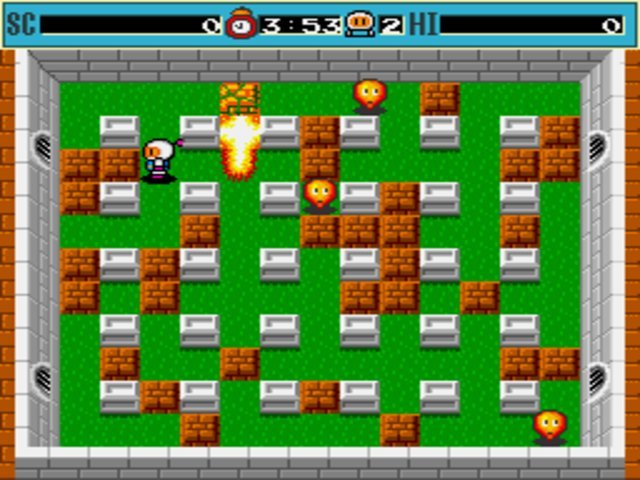 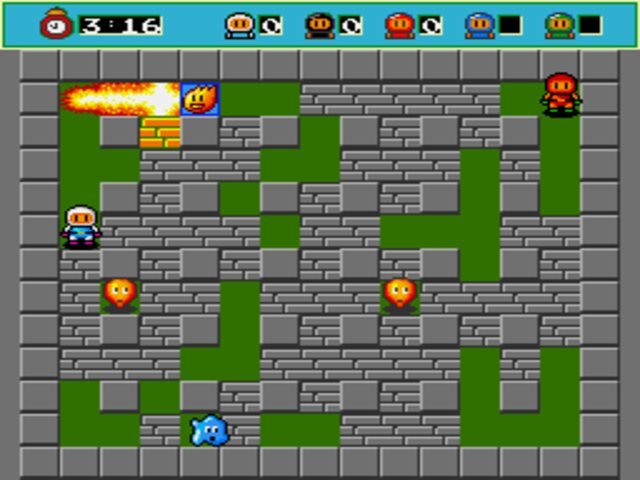 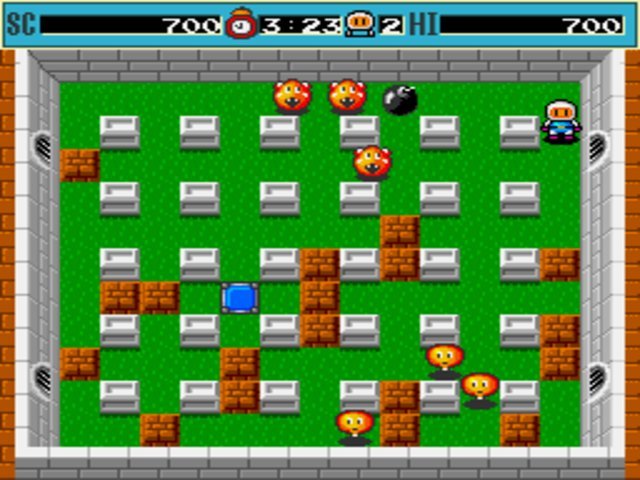 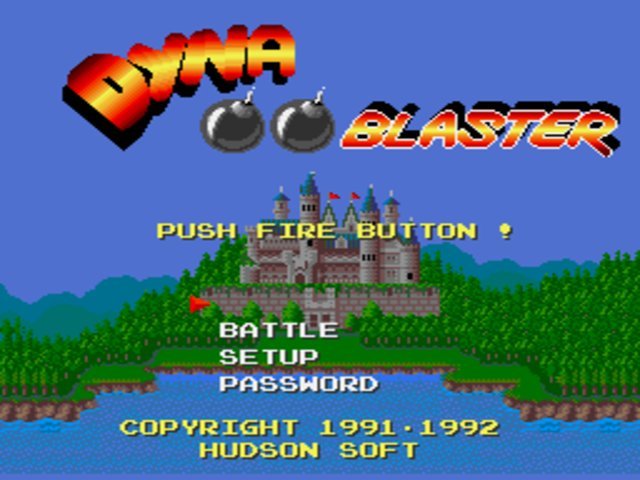