Chaos League is an odd mix of strategy and football set in a fantasy universe. The objective is simple – you need to get the ball in your opponent’s endzone. The method, however, will involve using your team members to inflict quite a bit of pain and suffering on the opposition. It’s blood football on paper, but in practice what you get is a free-for-all deathmatch.

When you get into a game itself you’ll soon discover that it’s not just the sport and the violence that comes from the lack of rules that sets this apart from all the other sports titles, but the way the game is played. Conventional sports games use a third-person perspective, as you do here, but in those games you control the action by navigating each player, and taking actions such as shoot or tackle using the appropriate key. Chaos League allows you to play as if the game was a real-time strategy title; controlling the action from afar, taking control of all players, and choosing what they should be by clicking on them and then on something like the ball or an opponent. There is also the presence of RPG elements in the game; you need to bring together a team whose players each have special abilities, and this provides the game with a greater depth that is not realized by simply taking part in a short match; it’s something makes you become a part of the game, and keeps you playing at the same time.

A neat option allows you to play the game in turn-based mode to give the thing a more strategic edge, with set times in which you can make your move. As in the Might and Magic games, you can quickly shift between real-time and turn-based modes with the press of a button. This means you can both take as long as you like (ultimately making the game easier) or you can just keep playing until you really need to slow things down. 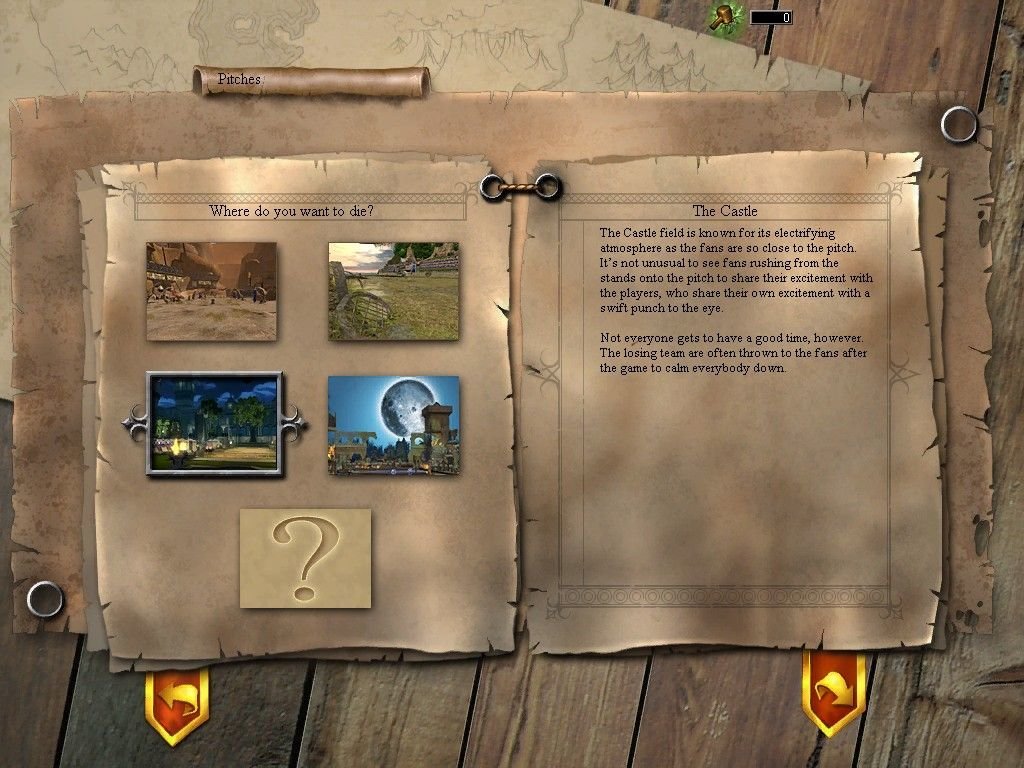