Warzone 2100 was one of the first in the line of 3D strategy games that started showing up at around the turn of the millennium. While the game’s concept is nothing new (a fight over a devastated world among armies that rely on the harvesting of a resource), its visual appeal and its clever interface are an achievement. 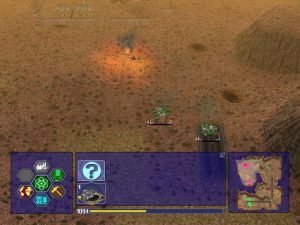 Graphics grab the attention first. The maps on which the battles rage zoom and rotate freely. The landscapes do not lie on a very fine mesh, yet appear smooth and realistic while allowing for tricky constructions such as defensive walls and towers. Dotted with trees and structures, the battlegrounds seem anything but barren, while remaining open enough for fighting. The fog of war effect is sharp. As your units snoop around the map, the landscape fades in from the surrounding darkness, every ripple in the land revealed perfectly.

Warzone 2100 combines a trio of great ideas which free up time from unit production and let you dwell more on strategic decisions. First, factories can be ordered to construct a variety of units, and then told to churn them out in batchesâ€”including an infinite loop. Second, the game requires you to research your way through a tech tree, and one branch leads to Commander units. Assign units to Commanders, and they’ll work as a team. Each kill the Commander’s team gets, the more experience both they and the Commander rake in, and the more units the Commander earns the right to control. The third link: automatic repairing. Every unit can be set to retreat when heavily damaged, and if they have a repair bay to retreat to, they’ll go there.

Put the three things together and you’ve got a really smart interface. Each factory can be assigned to a Commander, and its units will find their way to him as they are created. As they sustain damage, units will detach themselves, return for repair, and then rejoin the Commander’s army. Warzone 2100 offers not only a research tech tree, but also the ability to design new units on the fly. A set of wheels, a body, and an armament or utilityâ€”and you’ve got yourself a Wheeled Machinegun Tank, a Half-Track Rocket Launcher, whatever you like. Much has been made of this design ability, but it’s not much better than busywork, as you’ll usually just assemble the best units you can.

Each kind of unit has its own strengths, and you’ll find yourself requiring them all. The tech tree is quite tangled, and the manual may as well be a map of Cleveland for all the help it is. Unexplained research options like “Synaptic Link” and “CB Tower” will leave you clutching your head. Unless you enjoy drawing your own tech trees, be warned that you’re in for a healthy dose of bewilderment.

If you buy Warzone 2100, you’ll want to start hunting for human opponents as soon as you can. The single player game slogs along through well-traveled RTS territory, and you’ll be able to beat the computer in skirmish mode surprisingly quickly. If Pumpkin Studios would have provided some skilled computer AI, a tech tree, and the ability to queue structures, Warzone 2100 would have been one of the best games in RTS land. As it stands, it’s still good enough to hold a candle to the competition. 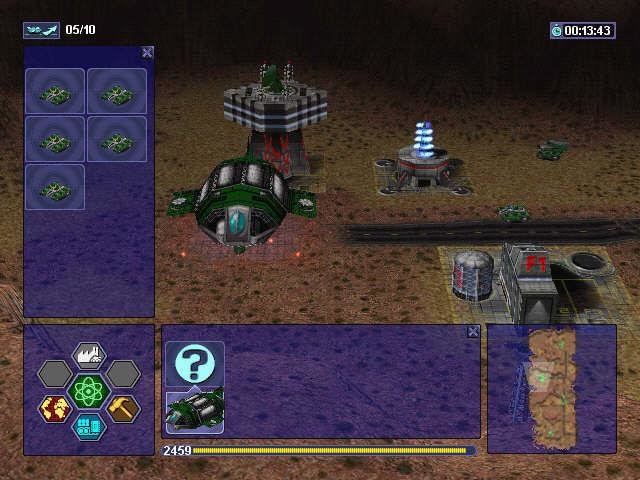