The new interface, as seen here, is quite spartan.

If Divine Divinity was a campy Ultima 7 mixed with Diablo, then Beyond Divinity is a campy Ultima 8, also mixed with Diablo. From the start, and through the five Acts that comprise the bulk of the gameâ€™s subterranean plot, you control a party. This is a bit of a departure from the earlier titleâ€™s Diablo-style single-character controls. Going at it alone isnâ€™t optional; the gameâ€™s chief plot device revolves around the idea that you, a great hero of the Light, have been â€œsoulforgedâ€ to an evil Death Knight by a meddling Archdemon. If either your hero or the Death Knight dies, the game is over and a reload is required.

The interface has been changed to accommodate this new approach, which is to say it’s simplified to the extreme. Learning the hotkeys is required homework if you want to painlessly switch the party leader or swap the spells and skills assigned to the right mouse button. The biggest changeâ€”and one for the better this timeâ€”comes in the form of the new skill system. Instead of a set of fixed skills and spells, you uncover skill books to teach your party members skill attributes that can be mixed and matched to create custom abilities. The skill you create is assigned to a slot, and as you level up, points can either be spent improving that skill, or in creating another new one. Suffice to say it’s a complete overhaul from the first game.

Also new are the polygonal character graphics, which allow the player to zoom in and out during battle. It isnâ€™t recommended, however, because not only does it make intense combat needlessly difficult, it also demonstrates a major flaw in the polish of the overall product – the ugly character modeling, and animation, are more readily obvious. Angular and awkward, models donâ€™t look even a quarter as good as the sprites from Divine Divinity. The environments are also less interesting. Far from the lovely if repetitive grasslands of before, most of your exploration on Beyond Divinity will center around evil castles, evil wastelands and evil dungeons. So lot’s of greys, reds and browns. The spells still look spectacular, even when they’re directed against your characters.

One way that the game hasnâ€™t changed, though, is the conservative use of what seems to be a brilliantly versatile game engine. Dungeons still rely too heavily on lever and key puzzles, and the ability to manipulate and combine items seems to be treated as a novelty rather than as a potentially immersive mechanic. And while the writing is more polished this time around, the dialogue remains inconsistent in voice. The whole â€œhero bound to evil creatureâ€ device never graduates beyond a convenient design conceit, with the Death Knight simply spouting the occasional snarky remark delivered, dubiously enough, by Serious Sam.

Itâ€™s hard not to wonder if Larian really took Beyond Divinity seriously. Thereâ€™s a lot of ingenious ideas under the hood that were worth vetting, especially the nice skill system. On the other hand, the meandering and often frivolous story seems tacked on, and the pointless random Battlegrounds levels feel like completely artificial attempts to expand the content. That said, full of excuses as it may be, this RPG still has the compelling loot-centric play of its predecessor, though it’s doubtlessly inferior in many other respects. 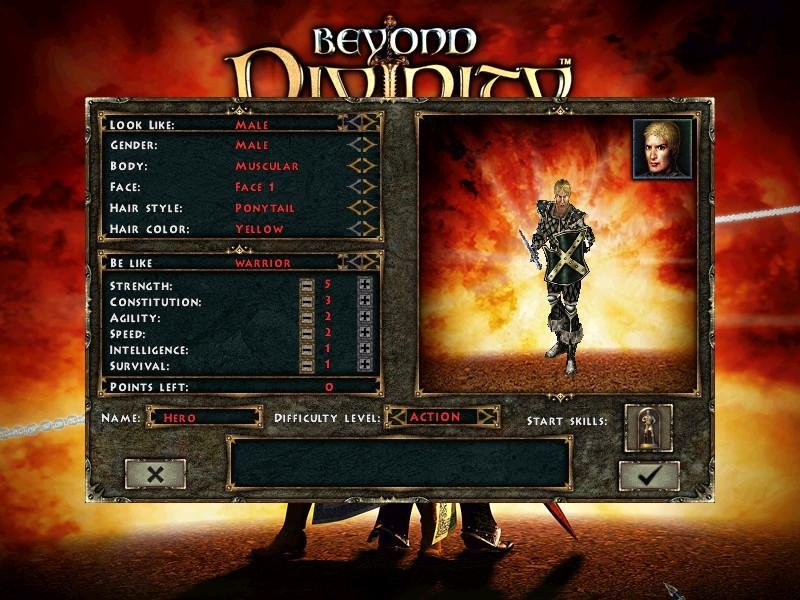 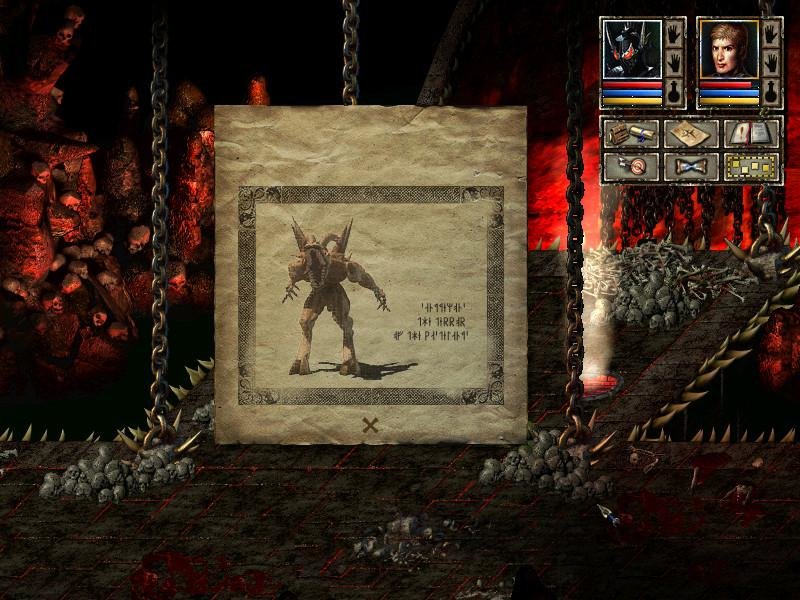