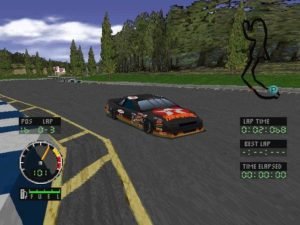 Andretti Racing is an unremarkable two-for-one racing game, designed for players who are terrified of NASCAR Racing 2 and other upper tier racing sims. The game includes 16 diverse tracks evenly divided between the NASCAR and CART portions of the game. Even with all detail options turned on, the courses appear bare in comparison to the lavish detail of the rendered cars. The career mode spans several seasons, adding an overall sense of accomplishment as players make their way up the ranks.

Folks anticipating a racing simulation, as opposed to an action feast, won’t find much refuge in Andretti Racing. While handling characteristics for the Indy cars vary considerably from those of the stock cars, both feel too arcade-ish. User defined car settings can’t be saved and loaded. Fortunately, the garage boasts at least a meager subset of the customization options available in NASCAR Racing or Grand Prix II. 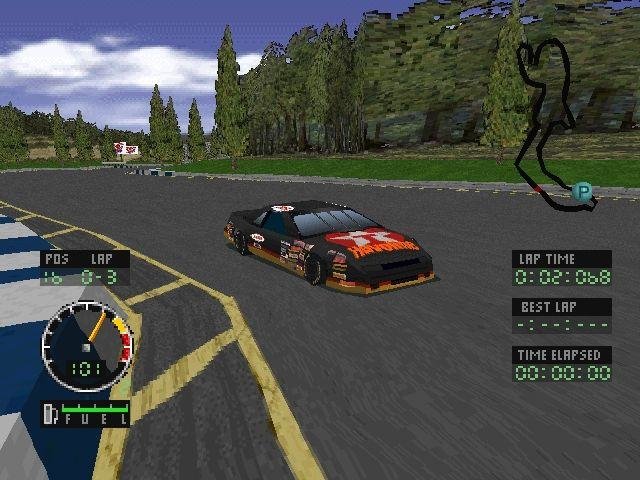 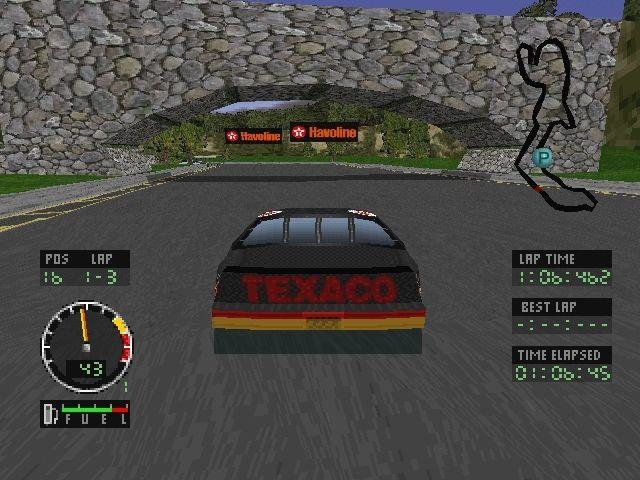