Wrath of the Gods, an adventure game that mixes FMV acting with King’s Quest-style puzzle solving, is set in ancient Greek Mythology. You can walk around and talk to people (speech is supported), pick up objects, examine the environment and of course solve puzzles. Unusually, the game also offers an in-built hint system – the Oracle – which you can consult if you’re stuck. There’s also a point system that gets subtracted if you do this too often, but if you’re not the type who needs a perfect endgame score, then go for it..

Having a map also helps you to get around. Few adventure games feature this, but Wrath of the Gods hands you a fully explored map of the entire game world. This sort of ruins the exploration bit at first, but it sure beats sketching out the world on paper for reference. What the map doesn’t do (much to my annoyance at times) is let you quickly jump through already explored locations. You have to backtrack quite a bit and simply walking through loads of endless screens feels like a bit of a drag. 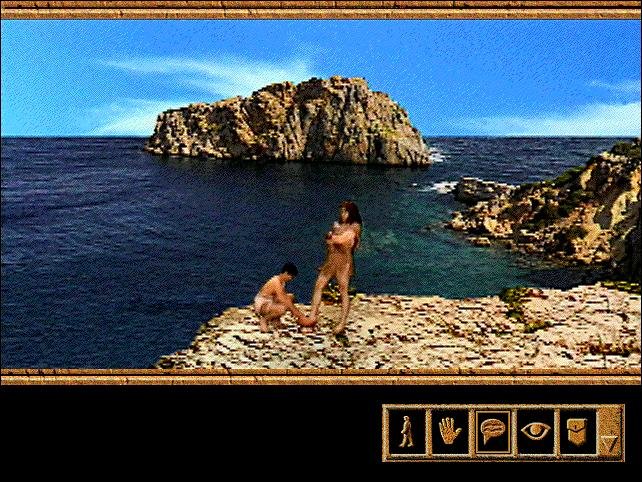